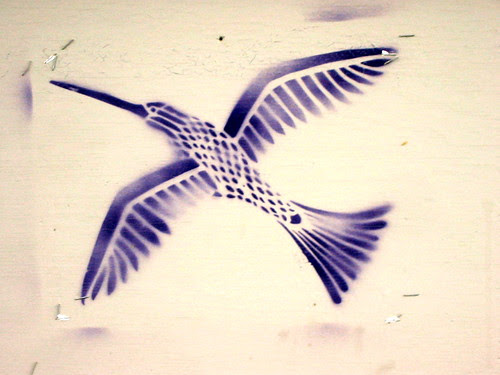 Hugh Kenner, in Bucky: A Guided Tour of Buckminster Fuller (1973), the book he wrote immediately after The Pound Era:

His glasses, as he talks, slip down his nose. He tugs them upward with an elbows-out gesture, like a diver adjusting his mask. That is a transient nuisance, like pollution. Most of his movements are a choreographic counterpoint, unconscious, functional. Watch him speak his 7,000 words per hour on the integrating function of the human intellect; keep an eye on the kinetics. At key occurrences of the theme word intellect he is pointing to his head. A clutching and kneading movement of the left hand substantiates the shadowy word integrate, and nature in its countless manifestations, the impinging sunlight, the self-interfering knots, the lapse of pattern into the seemingly random, is elucidated by arm- and finger-work of Nijinsky-like intricacy. In full communion with his theme he is weaving, tensing, leaning, straightening, to twist invisible valves and arrest split-second deterrences as though piloting a lunar lander amid strange new boulders. (The pilot’s license in his wallet rubs against the machinists’ union card.)

If someone hacking in fury at a block of wood should produce an image of a cow, would that cow be a work of art? Joyce answered no; the art lay not in the artifact but in the consciousness.

Akin to the notion that pester’d me out walking in the morning dark, only the “What cheer?” cardinals up and bantering: “Would the appropriationist ever’ve known sexual desire had he not “sampled” it?” (The robin, high in the oak, boom’d into voice with what always sounds like “Breaker, breaker, breaker,” a citizens’ banditry noise. And, percolating down out of the briefest look at Kit Robinson’s Atelos-print’d book, The Crave (2002), wherein the New York School arrives like the cavalry to claim Robinson’s Language-damaged “soul”—I went to the book after seeing how Robinson’d affably “appropriated” the late Joe Brainard’s “I Remember” tactic for the second Grand Piano runaround, see:

I remember saying to Ron one bright, clear day in Dolores Park that the Sutro Tower stood out against the sky “like a gem,” and Ron said, “like a gem!?”

—percolating down was Robinson’s apt “Afterword” (to The Crave) wherein he writes, after explaining where a particular of one piece “originated”:

It might be possible to explicate every such detail, if only memory served, but it wouldn’t do any good, because the meaning of these poems does not lie in any specific referents, but in the relational spaces between and among them.

Against the specificities of place, a kind of metaphysical fascination seizes the objects of thought and feeling, separates them and sets them down on the page in the form of words. The pleasure of this act of placement, for me, is unlike any other. It makes of itself a place, to return to, paradoxically, as if for the first time.

All rather Emersonian, or Fulleresque, that emphasis on relation and placement. Man the analogist and all that. “Like a gem.” (A wild impetus here being bridled against careening of into another argument for metaphor—that thing that most succinctly metes out relation, a seeing. Against those who insist, wrongly, that metaphor serves only a decorative function (or, “metaphor as filler”), and’d have “us” succumb to whatever’s merely “concise & perceptive,” no matter how pat and tuneless. What metaphor is, is akin to the Fulleresque “economy of good design.”)

Reading, rather listlessly, Jonathan Lethem’s newest, You Don’t Love Me Yet.