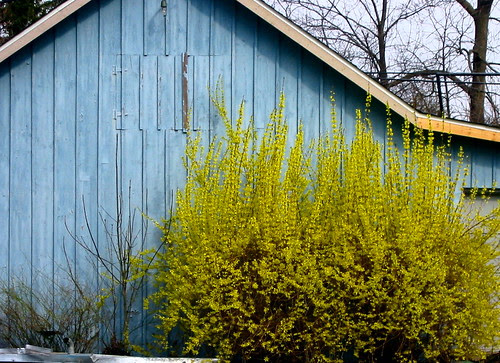 Susan Sontag in “Photography: A Little Summa” (At the Same Time: Essays and Speeches, 2007): “Photography is . . . a way of seeing. It is not seeing itself.” And: “The modern way of seeing is to see in fragments. It is felt that reality is essentially unlimited, and knowledge is open-ended. It follows that all boundaries, all unifying ideas have to be misleading, demagogic; at best, provisional; almost always, in the long run, untrue.” And: “In the modern way of knowing, there have to be images for something to become ‘real.’” Which, under some kind of logic-gird’d culpability’d make seeing the “real” itself possible only with the intervention of—through the lens of—a camera, and then, only fragmentarily. Akin to the argument that says one cannot “see” anything if one lacks the word for it (or, to put some positive English on that cueball, one “sees” only what language allows.) (Which, being the genial muddler I am when it comes to logic, must mean that speech preceded sight, no?) I shouldn’t attempt to jot notes amidst another note-jottings. A dodderer’s half-wittedness unbecomes me. Language is a terrific unbecoming for us sky-borne billions . . .

In the yard, sun streaking westward, high-ballin’ it, inbetwixt me poking at the torch’d carcass of a flightless bird, I read a little Hugh Kenner out of Bucky: A Guided Tour of Buckminster Fuller. Kenner insists that a talk (“late 1967,” though he’d encounter’d the Dymaxion World Map—correcting the polar distortions of the Mercator—in Life magazine in 1943) by Fuller “solved for me, that week, a book called The Pound Era I had been trying to think out for years and was suddenly able to start writing.” Kenner points, too, to the rather Fulleresque axioms he’d suss’d out for the earlier book, The Poetry of Ezra Pound:

In a book I wrote about Pound in 1949 I did manage a couple of intuitive axioms. One was that the same law governs the whole and the parts. If you can understand how a man fits a sentence together, you have a model for his way of building larger units. That was one glimpse of a continuity.

My other axiom was that everything functions as the context of everything else. This implied a difficulty I couldn’t solve, since it seemed to leave no secure reference points to start from. I affirmed it anyway, because it let me say what seemed true, that an ambitious project can be sustained without what book-reviewers mean by “structure”: a framework of narrative, a framework of logic, something foursquare to which the elements are fitted like clapboards and shingles. I might have adduced geodesics if I’d known about them, but in 1949 only Fuller and a few of his students did. They were playing with the concept at Black Mountain College, likewise unknown, and the Dome patent lay five years in the future.

Which, muddle’d dodderer, gets me “thinking.” One definition of “geodesic” (out of Kenner’s “Glossary,” append’d) is: “The most economical relationship between two energy events.” Which sounds like the way a metaphor works—two language events (“words”) put into fast (though not necessarily stable—energies do fall off) relation. (“Event,” according to the glossary: “A unit of attention.”) If several units of attention get put into “a recognizable set of relationships,” one’s got a “pattern.” “If its elements sustain one another under stress it is said to be self-interfering. (Example: an overhand knot.)” Another example one’d wager that Kenner’d add: Pound’s Cantos.

The other thing I think about: what would a poem structured like a geodesic dome look like, or act like? Nodular events, rhizomic gatherings, minor tensional planes? What would a poem as tensegrity structure look like? (“Tensegrity: Tensional integrity, as in the earth-moon tug or a spider web amid branches. A tensegrity structure is a continuous tension network with compressional stiffeners. It is independent of outside anchorage, and stable in any position.” Kenner provides simple instructions for building such a baffler out of dowel, screw eyes, and wire.) I go back to the notional frameworks of the “book-reviewers.” If one considers the longer poems of modernity, is it only Pound’s that fits outside the “foursquare to which the elements are fitted like clapboards and shingles”?

Hum. Paterson’s man : city schematic makes for two sturdy facing walls. “A”’s “round”-edness, its insistent (even if complicated, irregular) musical structure. Gunslinger’s narrative, botch’d and brim-philosophickal, narrative nonetheless. The Alphabet’s semiotic abecedarian narrative—as shapely and predictable as a sonnet’s, one knows (soon’s one “hits,” say, “Demo,” if not before) exactly where it’ll pan out. (Even a sonnet’ll hold “back” its identity for, oh, eight lines—“only the volta knows for sure”—over a moiety of the piece.) It’s possible that My Life’s structure’s close to a tensegrity—the way it is capable of absorbing “events”—sentences—(and did, between its initial Burning Deck (1980) incarnation and its later (1987) Sun & Moon version). Polyhedral facets more sided, nodes more link’d.

Kenner (on Bucky): “I don’t attempt a ‘life.’ The documents are so copious the biographer will be years absorbing them.” Scuttling with gusto my project’d group biography of Marshall McLuhan, Hugh Kenner, Buckminster Fuller, and Guy Davenport . . . (That bird’s nearly fired and I’m back inside for another “compressional stiffener.”)