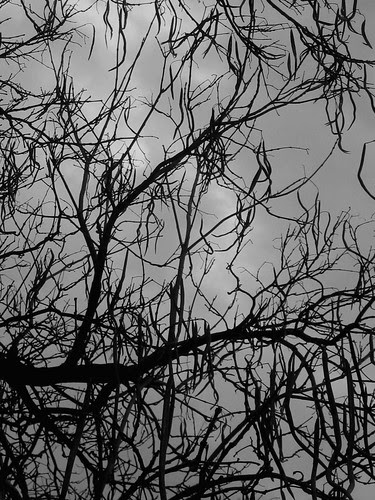 The Dymaxion house ground for the sprouting up of Kenner’s Bucky, leafing around in the Kenner aerating one’s drab somniforordainedness just enough to cause one’s arm to lift up and remove a paperback (freely acquired) off the shelf: a 1969 Penguin of essays about Marshall McLuhan. Wherein one learns: Hugh Kenner’s meeting of McLuhan occurred (in 1946) “when I was about to take over the teaching job he’d taken over from Wyndham Lewis.” (Like Charles Wright one evening at the Guggenheim, a little too flash at the neckwear “hub,” drawling out: “About the tie. I got it off a man name of Pound. Who got it off a Mr. Yeats.”) And—following a loose peruse of a Joycean’s (Nathan Halper) chapter enumerating just how wrong McLuhan gets the Joyce details in Understanding Media—I note how Kenner agrees, with a disclaimer:

The point is not to be picky about the facts; no one is going to Understanding Media for information anyhow. The point is that McLuhan . . . cares very little for facts’ gristly specificity; their function is not to feed the mind but, like dust, to make insight visible.

Isn’t that the Poundian “rose in the steel dust” (title of Kenner’s first essay on Pound, printed in 1950 in The Hudson Review) emerging out of, here, media noise (noise concerning media)? To note: in 1950, Kenner’s commitment to facticity and definition fits a different moment. That issue of The Hudson Review carry’d, too, the first of Pound’s Confucian Analects. See the first sentences of Kenner’s essay:

Pound the technician stripping the fat from an image and the slither from a rhythm is coterminous with Pound the Confucian intent on defining a moral principle so sharply that it can be seized in the fist and used. This concern for exact definition (“Orthography is a discipline of morale and of morals”) is the whole key to Pound, his Cantos, his music, his economics, and everything else.

Fat, slither: suddenly I forget “where” I go and—like Puck spilling love juice everywhere—or, like Ron Padgett—long to shout, “I think I am ‘in love’ with critical prose.” And that after a day of rattling the phrase “their willful hegemonic obstructionism” around in my brainpan—that being my “answer” to “what I want combat in the Language boys’ version of history.” I am “getting” “off” “track.” (And unreport’d is the pluperfect carousings “within” concerning the relation between William Carlos Williams’s The Wedge-writ (1944) claim that “all sonnets say the same thing of no importance. What does it matter what the line ‘says’? There is no poetry of distinction without formal invention, for it is in the intimate form that works of art achieve their exact meaning. . . .”—that “gristly” quip, and McLuhan’s aphoristic “the medium is the message”?)

Anthony Burgess, to whom I continue to lend my unwieldy partiality, in a piece call’d “The Modicum Is the Messuage” (“messuage is legally defined as a house with outbuilding and garden,” a “commodious” place; “modicum” refers to McLuhan’s “raw material”), offers up these items in an fierce explication of the man: I. A. Richards and “a thesis on Thomas Nashe, an Elizabethan notable for high auditory prose and an appeal to the entire sensorium” (Cambridge, circa 1939). And Burgess (my partiality is partly for the way—I think he’d reach’d the post-bounder’s age of 39—retail’d off to a few months to live by some doctor on the heels of some collapse, he hoist’d a pen and decided to “get to work”) makes plain ’s scorn for minor titters recycled as big bust-out ideas, claiming McLuhan’s “gimmick” is:

. . . to push an esthetic doctrine to the limit. Nobody denies that a piece of music represents the condition to which all works of art must tend—a condition of unparaphrasability, total identification of form and content.

Hence, one imagines, Burgesses own Napoleon Symphony, a novel in the form of Beethoven’s Eroica.

Long’s I am in—tout à coup—the temporary quandary of trying to figure out why I am saying anything here, I ought note: Ange Mlinko point’d out where Clark Coolidge says Heraclitus says: “The most beautiful world is like a heap of rubble tossed down in confusion.” (In “Arrangement,” a 1977 Naropa lecture collect’d in the first volume of Talking Poetics.) I’d reread the thing—it’s heavenly fun to reread something “through” somebody else’s eyes, one’s “specificity” gets all cockeyed, it’s like looking at stereoscopick images without the benefit of a stereopticon, the “world” utterly un-inmesh’d—except for the fact of my having first read it during that tenderly earnest age of pencil’d-in marginalia. (I see things like “form— / multiplicity / “All art is arbitrary” next to Coolidge’s talk about Carlos Castaneda and finding one’s power “spots.”) Oh, to read—dispiritedly, “somniforordainedly,” a man like a heap of rubble!—alongside that scrubbed up beaming tow-head’d youth I was! I could not do it!

[Post-giddy finale afterword: what Ange Mlinko quoted so perfectly out of the Coolidge (she related it to the Kit Robinson lines about placement I’d quoted yesterday) bears repeating. Coolidge is talking about “arrangement”: “I’m partly using that word because I want to avoid using words like ‘composition,’ ‘structure,’ and so on, which I don’t feel mean much anymore . . . You’re dealing with words, one word at a time, with all the circuits that are in your mind, with all the things that impinge on you. How do you put them together.” Words measured by “impingement indice.” The word-weighing of Sir Philip Sidney’s “peysing each sillable.”]