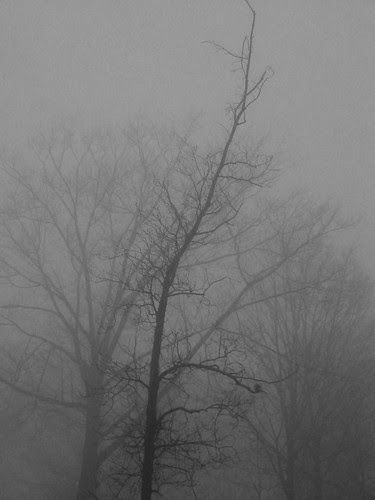 How I love chains of referents! There’s a passage in Lyn Hejinian’s terrific Slowly that enacts it precisely:

I love how “off” the antonyms seem, and how there’s a kind of barely-suppress’d manic glee squeaking in the undercarriage of the thing, how it’s about the dislodge the care and sincerity of the prudent encyclopoedist at work.

I stumble into that by way of a reference—some weeks ago, I think, in one of David Baptiste Chirot’s longer notes to the Buffalo list—to a newish book by Lucienne Peiry call’d Art Brut: The Origins of Outsider Art. All about Jean Dubuffet’s post-WWII search for “works of art emanating from obscure personalities, maniacs; arising from spontaneous impulses, animated by fantasy, even delirium; and strangers to the beaten track of catalogued art.” The term itself is Dubuffet’s—“raw” art. What he wanted:

. . . objects of all sorts, owing nothing (or as little as possible) to the imitation of art that one can see in museums, salons, and galleries; but that on the contrary appeal to humanity’s first origins and the most spontaneous and personal invention; works which the artist has entirely derived (invention and manner of expression) from his own sources, from his own impulses and humors, without regard for the rules, without regard for current convention.

Which stir’d one to try to imagine writing without pre-conception or pre-conceit, a “brat guts” kind of thing. Which, too, made one think “wild child” scenarios and Skinner boxes, all rather vaguely, and how impossibly cauterized one’s processual paths be (grammar, &c.), and how impossibly numerous be the kinds of attempts made to sidestep the pre-form’d routes, alcohol and various other synapse re-routers topping the list. And—reading farther—to stumble into Pierre Bourdieu’s attack of the notion, pooh-poohing Art Brut as “a sort of ‘natural art’ which only exists as such by an ‘arbitrary’ decree of the most refined,” claiming the works “only appear as such to an ‘eye’ produced . . . by the field of art, one invested with the history of this field.” Which sent me off to Bourdieu’s The Rules of Art. Where Bourdieu uses the example of le Douanier Rousseau, claiming that “if he had lived twenty-five years earlier, meaning that if, instead of dying in 1910 he had died in 1884, before the foundation of the Salon des Indépendants, we would never have heard of him.” And continues:

Critics and artists can only give pictorial existence to this ‘painter’ who owes nothing to the history of painting—and who . . . ‘benefits from an aesthetic revolt that he doesn’t even see’—if they view him historically and so situate him in the space of artistic possibles, citing in relation to him works and authors no doubt unknown to him and, in any case, profoundly alien to his intentions—popular engravings, the Bayeux tapestry, Paolo Uccello or the Dutch.

(Who fits le Douanier “model” in writing? Blake? Christopher Smart? Alfred Starr Hamilton? Or is it impossible to track a parallel in the prevalent communicatory medium, language?)

If Bourdieu quotes Rimbaud saying, “What I liked were absurd paintings, pictures over doorways, stage sets, carnival backdrops, bright-coloured prints, old-fashioned literature, church Latin, erotic books full of misspellings, the kind of novels our grandmothers read, fairy tales, little children’s books, old operas, silly old songs, the native rhythm of country rimes,” it is only to posit him as a “refined” artist—one attract’d to the distancing effects of mimicking radical popular naiveté, one in exact opposition to the “functionalist” Sunday painter Rousseau, whose naïve borrowings are “unaware of all the discreetly parodic and subtly distanced appropriations” that some “advanced artists” practice deliberately.

So the argument outs: that “distance” (call it “irony,” call it “self-consciousness”) butts in to trounce the eager unletter’d, the mild certain glees of a flurry of connections made, a boat hammer’d together out of tin-snipped colorful bits of old paint thinner containers, deck’d out with tawdry rags, a skipper with a bottlecap for a hat. It’s a Joycean “Araby” moment, then when the cockamamie yipping joy of piling up the “to hand” turned to the long slogging hours of seeing oneself gathering the “to hand” in advance (of the broken arm), in ironic advance—ashes, meretricious ashes and magnolias, the onslaught of April snow is general over Ann Arbor.

And Adolf Wölfli (1864-1930) play’d music he wrote himself, and with the only instrument he could make in prison: a paper trumpet.