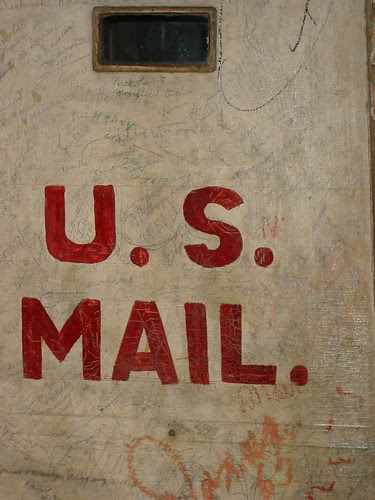 In the second booklet of The Grand Piano Bob Perelman suddenly strikes me as the least cautious (or most volatile) of the writers “present.” He unleashes—though almost “sighingly”—a querulous interrogatory, one that runs a gamut of quotables, dives into parody, refuses the terms of the memoir contract (“I don’t live with memories on any daily basis, I flee from them I suppose you could say”), admits to envy, regrets the violence overweening judgment: Perelman comes off finally as rather “likeable”—if there’s any place left for that kind of term in the poetry of these States.

Confusions. Perelman, early in the piece, riffs on the “present”—Pound pretending to present himself at Fascisti readiness, Perelman’s sense of how the cynical carpe diem of advertising makes mockery of “the present” (so, too, the “new”). Perelman: “‘Present’ is a trashed public word, like ‘love’ . . .” (Isn’t that what Stein’s saying about “rose”—“in that line the rose is red for the first time in English poetry for a hundred years”? Is the task of writing to make tangible the present or to make a kind of tempus simultaneous, all time compress’d into one available moment, time as overlay and scrim.) And Perelman: “The present (involving writers and readers) is only reachable via intermittent social syntheses.” Which bounces off the backboard and rim of discourse and refuses to drop, a way of saying, hunh?

Though, too, Perelman writes: “The present in writing is what I write to find (and read to find as well).” Which seems inaccurate somehow—the “present in writing,” isn’t that only the industry (and mortifying dullness) of something like Kenneth Goldsmith’s systematic transcription of every niggle and twitch of a blessed Day? Isn’t the “state” of writing one beyond time (something that’s man’s invention, anyways), back into the primal muck of the earliest gathering plasmic sensates? I insist it is, though “one” may be compell’d to writing by a determination to arrest time.

The past? Not a Perelman staple. He goes all Yeatsian in the first attempt:

So when I first slouched toward the memory shelf I came up with “a solitary scene, walking up Potrero Hill, smelling coffee roasting, tasting the lacy green tips of the anise weeds that irregularly line the empty sidewalks,” phrases that belong in a little souvenir snowglobe.

Or in one of Ron Silliman’s one-note-Johnny “Language is eyes” barrages of systematic BART-accessible viddy-items.

With all the talk of Frank O’Hara (and Ted Berrigan’s sopping up of O’Hara’s tics), one wonders a little if Perelman went off to California to avoid the pitfalls of the giddy New York School vortex. (Sadly, no mention of Ann Arbor—I swear Perelman spent some period here, though he mentions only Rochester and Iowa City. Overlapping, say, Perelman did, just to date things funnily, Commander Cody & His Lost Planet Airmen in the pre-Austin, Texas days?)

What’s “likeable” is Perelman’s refusal of portent, that fatback that slides on its own greasy self-import. He writes, “against the great bust-throughs into the eternal moment: 12:20 New York 1959; Zurich-Trieste-Paris, 1914-21”:

I don’t want to drag a mythy past and magic place around like a weedy anchor. We were finding the poetic present and riding and undermining its most recent manifestations, including our own.

Which is almost as refreshing as Joan Baez in the Rolling Thunder Revue (1975) album scolding someone in the crowd: “Couple of what?” she says to a muffled shout, likely regarding her and Dylan “reunited,” and warns emphatically: “Don’t make myths.” (Patti Smith’s “I don’t fuck much with the past, but I fuck plenty with the future”—that, too, sizzles across the brainpan, though it “regularly” does.)

Two tiny quotes out of Perelman:

One of the characteristics that was so lively and occasionally daunting about our scene for me was the instantaneity of judgment, and the violence of that. Suddenly certain poems and poets were pronounced to be awful. There were also enthusiasms, of equal intensity. It was compelling watching these ferocious judgments being hurled. Ah, this was what it was like to live in the present.

Violence of stuporous intensity was going on then and is going on now. The poetry wars share a vocabulary to be sure: public attacks, sniping remarks, kneecapping reviews, etc. But no particular heroism inheres in the vocabulary.

Complicated. What particular can inhere in a vocabulary? Can violence inhere in a vocabulary? I’m interest’d in the border-patrolling of “pronounced to be awful” set against the sense of vitality (“live in the present”). Scent of battle waking one to life? Does that same scent make for literature? Is literature condemn’d to be a featurette of some mal-submerged boyish blood-lust?

For those of you with page-bulging wooden clipboards—like coaches, like swim instructors!—collecting sheets cover’d with “for the nonce” Google-smutch and drip, ready with the gluesticks and C-clamps, some words of Holger Schulze, out of “Hand-Luggage: For a Generative Theory of Artifacts”:

. . . the limitations of our work are already established before we set out. . . . Even if we work randomly—or by destructing, disorganizing, decomposing, deconstructing—we cannot possibly transcend these limits. We can only use sources, which are also artifacts in themselves and thus products designed very much on purpose. By choosing certain materials or products we automatically choose their underlying intentions.

“Bracket” them there materials howsoever one “desires,” the stains of they borning’ll still show through . . .