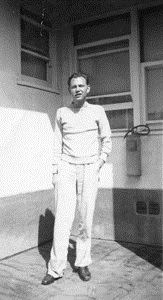 I don’t know. (A statement my own emendatory wag cannot pronounce without an “I eschew knowing” bounding up to nip its dragging heels, encumbering the heave of the matutinal sigh with relief and defiance both . . .) Is it enough to be briefly amused by Nabokov’s rather Khlebnikovian / Mayakovskyan “futurist poet Alexis Pan” (The Real Life of Sebastian Knight, 1941)?

He was a noisy robust little man with a gleam of real talent concealed in the messy obscurity of his verse. But because he did his best to shock people with his monstrous mass of otiose words (he was the inventor of the ‘submental grunt’ as he called it), his main output seems now so nugatory, so false, so old-fashioned (super-modern things have a queer knack of dating much faster than others) that his true value is only remembered by a few scholars who admire the magnificent translations of English poems made by him at the very outset of his literary career,—one of these at least being a very miracle of verbal transfusion: his Russian rendering of Keats’s “La Belle Dame Sans Merci.”

Other sentence-ry items: “Now and then, between two poems, Pan would perform a slow dance—a mixture of Javanese wrist-play and his own rhythmic inventions. After recitals he got gloriously soused—” and “later Pan enjoyed a short artificial vogue in Bolshevik surroundings which was due I think to the queer notion (mainly based on a muddle of terms) that there is a natural connection between extreme politics and extreme art. Then, in 1922 or 1923 Alexis Pan committed suicide with the aid of a pair of braces.” That eschewal, that shunning percipience. Emerson liked to quote Plato, out of the Phaedrus:“The man who is his own master knocks in vain at the doors of poetry.” (In Benjamin Jowett’s translation—amid Socrates plumping the nobility of “inspired madness”: “But he who, having no touch of the Muses’ madness in his soul, comes to the door and thinks that he will get into the temple by the help of art—he, I say, and his poetry are not admitted; the sane man disappears and is nowhere when he enters into rivalry with the madman.”) Is it solace enough to read Emerson’s lines out of “Inspiration”—of the torment and tease of the percept’s “quick ebb of power,—as if life were a thunder-storm wherein you can see by a flash the horizon, and then cannot see your hand”? Emerson:

We cannot make the inspiration consecutive. A glimpse, a point of view that by its brightness excludes the purview is granted, but no panorama. A fuller inspiration should cause the point to flow and become a line, should bend the line and complete the circle. To-day the electric machine will not work, no spark will pass; then presently the world is all a cat’s back, all sparkle and shock. . . . Sometimes the Æolian harp is dumb all day in the window, and again it is garrulous and tells all . . .

. . . where is the Franklin with kite or rod for this fluid?—a Franklin who can draw off electricity from Jove himself, and convey it into the arts of life, inspire men, take them off their feet, withdraw them from the life of trifles and gain and comfort, and make the world transparent . . . What metaphysician has undertaken to enumerate the tonics of the torpid mind, the rules for the recovery of inspiration? That is least within control which is best in them. Of the modus of inspiration we have no knowledge. But in the experience of meditative men there is a certain agreement as to the conditions of reception. Plato, in his seventh Epistle, notes that the perception is only accomplished by long familiarity with the objects of intellect, and a life according to the things themselves. “Then a light, as if leaping from a fire, will on a sudden be enkindled in the soul, and will then itself nourish itself.” He said again, “The man who is his own master knocks in vain at the doors of poetry.” The artists must be sacrificed to their art. Like bees, they must put their lives into the sting they give. What is a man good for without enthusiasm? and what is enthusiasm but this daring of ruin for its object? There are thoughts beyond the reaches of our souls; we are not the less drawn to them. The moth flies into the flame of the lamp . . .

Ardent reveries of ruin in the American Romanticist slough. “The sedge has wither’d from the lake, / And no birds sing.” And if I think of Jack Spicer—who hardly nods at Emerson? (In “Excerpts from Oliver Charming’s Diary”—entry dated “January 21, 1954”—there’s a gentle rebuke of “Robert Duncan, the poet”: “He is too concerned with affirmation, with flying his soul like a kite. . . . He substitutes wit for nonsense, the transcendent for the vicious. It is as if Gertrude Stein and Ralph Waldo Emerson had gone to bed together with Jean Cocteau holding the vaseline.” And, in “Concord Hymn” (out of the series “Homage to Creeley / Explanatory Notes”), one reads a Spicerean rendering of Keats’s dopey ballad, with Emerson (whose fierce Romanticism “hath thee”—and all American poets—“in thrall”) starring as “La Belle Dame Sans Merci” herself. Spicer:

“Conquered Him” is a poem by Emerson.

The Dead Seas are all in the Holy Land.

If you watch closely you will see that water appears and disappears in the poem.

Allora. Tutto chiaro?
Posted by John Latta at 7:25 AM