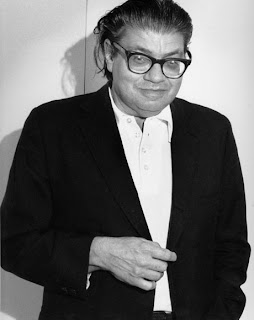 Clark Coolidge—in “Arrangement” (1977)—quoting the Robert Smithson-quoted (out of the 1968 “A Sedimentation of the Mind: Earth Projects”) Heraclitus “Fragment 124”:

The most beautiful world is like a heap of rubble tossed down in confusion.*

(And one thinks of the Nennius line—quoted by David Jones in the Preface to The Anathemata—out of the ninth century Historia Brittonum: “coacervavi omne quod inveni”: “I have made a heap of all that I could find.”) Guy Davenport’s “The unseen design of things is more harmonious that the seen” is a sleeker rendering of the Heraclitan fragment. And a scholarly (interminably hedging, and rather cluttered) translation by T. M. Robinson reads:

The most beautiful order (in the universe?) (or: ‘the (this?) most beautiful universe’), [says Heraclitus,] is a heap of sweepings, piled up at random.

(Robinson warns, too, that the text of the fragment is “too doubtful” to be reliable—he “accepts” the Greek word meaning “sweepings” in lieu of a similar Greek word meaning “flesh”—and concludes that interpretory maneuvers ought thus be approached “with more than the usual dose of skepticism.”)

To note: Coolidge’s flinch against the “random.” At the end of “Arrangement,” Coolidges’s reply to a query assuming an outpour of words “coming out spontaneously and supposedly just random”:

I hope you didn’t understand that I mean “random.” I don’t mean “random.” I don’t think that’s possible. They’re coming from a place where you are working in your mind. Does anyone know Anton Ehrenzweig’s book, The Hidden Order of Art? He’s got a term that’s a ten-dollar word: “dedifferentiation.” What it means is that a young child or an artist has a place in their mind where they can hold many many elements, many diverse elements, ready to be put into something they’re making. I mean, many more than you’re conscious of. I feel that apparatus—I didn’t want to call it subconscious, let’s make it a little more sharp—I think that goes on, and that there is a selection process. That, rather than random. In isn’t like “give me another one. I’ll use it.”

Random itself being an uncommon word in the Coolidge oeuvre.** If Coolidge quotes Morton Feldman (out of “Give My Regards to Eighth Street”) in “Arrangement”—

What was great about the fifties is that for one brief moment—maybe, say, six weeks—nobody understood art . . . That’s why in all happened.

—what he leaves out is the impertinence of profane idiosyncrasy (what Coolidge’s work itself so aptly exemplifies)—no perennial groupuscular hubbub, no abject summoning of lineage, none of its cynical use as “proof” (or reproof) . . . Feldman:

My quarrel with the term “Action Painting” is that it gave rise to the erroneous idea that the painter, now being “free,” could do “anything he liked.” Actually, it is the academician who has the alternatives. Freedom is best understood by someone like Rothko, who was free to do only one thing—to make a Rothko—and do so over and over again.
It is not freedom of choice that is the meaning of the fifties, but the freedom of people to be themselves. This type of freedom creates a problem for us, because we are not free to imitate it. In every other era, the Messianic aspect of art has always been sought for in some organizing principle, since this principle is, and always has been what saves us in art. What is hard to understand about the fifties is that these men did not want to be saved in art. That is why, in terms of influence (and who thinks in any other terms?), they have not made what is sometimes called an “artistic contribution.” What they did was to make the whole notion of artistic contribution a lesser thing in art.


* Coolidge re-quotes the Heraclitus in one of the poems “for Philip Guston”:

Painting smoking eating together the choices gathered
as much. The finger that moves and is one of them.
Matter felt itself as possible strings.
Eye can see as it’s seen neighboring.
Come to the edge of it slides, among an abutment.
Smoke, eating, paint, let us see.
Pot taken to its shoe guises.
Inside edge on the hard things.
Rest in held midst, awake to things up.
“The most beautiful world is like a heap
of rubble tossed down in confusion.”
—Heraclitus
Keep an eye, cigarette, finger across the lot.
Suspense is the hold of chaos.

That “Rest in held midst” and the suspended moment of “the hold of chaos”—the ephemeral stay, the elemental momentary heap.

What Iron Is Flat

Going under the snowed ledge, the antepenult
of angle under drift cloud, sun
in a patch, a stunt, a leave
it all alone to scarved accumulates
we see
and then dim behind the scout tree

I have here windows and then I see the cat
he rooves then sifts over the pole and down off
trim cast of flake shape, wile of the random perfect
lowers loose and scowls during
the pianoman fixed in the hunt
the reverse of peeling
the sky is back

Is not black, is diurnal sure
has arm like cloth, a flashlight shell
and any same with brain coincident
to the thought if snow, if a little bit
the negative swap of night will edge
in over and across, the ledges purse there
the cover under

I taste a love for the covered, the under what

Isn’t that “a leave / it all alone to scarved accumulates / we see” (and, too, that “love for the covered, the under what”) akin to the Heraclitan “heap”—or Davenport’s harmonious “unseen design of things”? “Wile of the random perfect” is a (perfectly) cunning line: perfecting itself held in some balance between (wily) art and (random) impetuosity. (That cat is undoubtedly a descendent of Dr. Williams’s “jamcloset” cat—the impeccable pacing of “rooves then sifts over the pole and down off / trim cast of flake shape” harkening to Williams’s “the right / forefoot // carefully / then the hind / stepped down // into the pit of the empty . . .”)