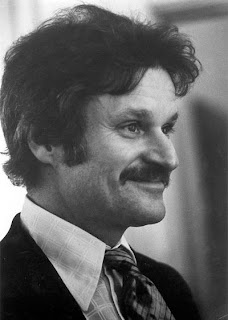 Occasions of use and re-use. Pre-owned constituencies of naught. Their owed measure, their unassailable reach. John Ashbery, out of “Debit Night” (Can You Hear, Bird, 1995):

Around World War I there were maybe a hundred violet farms in this region of New York state conducive to violets. It is a very labor intensive thing now there are no longer any except one or two. Up until the end of World War II it was the fashion for ladies to wear bunches of violets but then

it changed. Now no one had any use for them. Now everyone likes violets I don’t see. Yes but you don’t see anybody wearing them or buying any. Some even think of them as weeds. Nevertheless the former violet business has left its trace in place-names here such as Violet Lane and Violet Hill . . .

Labor and its traces. (Where is it that Ashbery writes of the “Inch pageant / of history     shaping / More than the forms / can do . . .”?) And Susan Howe, out of “Scare Quotes II” (The Midnight, 2003), splashing etymological waters into the Emersonian cup:

“Every word was once a poem”*

SLEEP, to take Rest by sleeping. SLEEPERS [in a Ship] are those Timbers which lie before and behind in the Bottom, their Use being to strengthen and bind fast the Timbers called Futtocks and Rungs; as also to line out, and make the narrowing of the Floor of the Ship. SLEEPY Evil [in Swine] a Disease. SLEEPY Grave a Tomb or Sepulchre.

To SLEER, to leer or peep at.
SLEET [probably of Slide, q. d. sliding or slippery Rain] Rain and Snow falling together.
To SLEET a Dog, is to set him at any thing, as Swine, Sheep, &c.
SLEETINESS, the being sleety.

(And one might continue mining such a book “with a terrible simplicity,” agog at the skint readiness of lingual revealment and revel . . .) Howe, continuing:

“Every book is a quotation; and every house is a quotation out of all forests and mines and stone-quarries; and every man is a quotation from all his ancestors.” This is the epigraph to the Riverside edition of Emerson’s essay “Quotation and Originality.”** In a footnote his son, Edward Waldo, tells the reader:

Dr. Holmes, in several places in his Life of Emerson, has much that is interesting to say about his quotations, which he says “are like the miraculous draught of fishes”; and he has been at the pains to count the named references, chiefly to authors, and found them to be three thousand three hundred and ninety-three, relating to eight hundred and sixty- eight different individuals. . . . He also says that this essay “furnishes a key to Emerson’s workshop. He believed in quotation, and borrowed from everybody and every book. Not in any stealthy or shamefaced way, but proudly, as a king borrows from one of his attendants the coin that bears his own image and superscription.”

And, in the “sliding or slippery Rain” of quotations, one turns to Oliver Wendell Holmes’s “original”:

An author whose writings are like mosaics must have borrowed from many quarries. Emerson had read more or less thoroughly through a very wide range of authors. I shall presently show how extensive was his reading. No doubt he had studied certain authors diligently, a few, it would seem, thoroughly. But let no one be frightened away from his pages by the terrible names of Plotinus and Proclus and Porphyry, of Behmen or Spinoza, or of those modern German philosophers with whom it is not pretended that he had any intimate acquaintance. Mr. George Ripley, a man of erudition, a keen critic, a lover and admirer of Emerson, speaks very plainly of his limitations as a scholar.

“As he confesses in the essay on Books, his learning is second hand; but everything sticks which his mind can appropriate. He defends the use of translations, and I doubt whether he has ever read ten pages of his great authorities, Plato, Plutarch, Montaigne, or Goethe, in the original. He is certainly no friend of profound study any more than of philosophical speculation. Give him a few brilliant and suggestive glimpses, and he is content.”

One correction I must make to this statement. Emerson says he has “contrived to read” almost every volume of Goethe, and that he has fifty-five of them, but that he has read nothing else in German, and has not looked into him for a long time. This was in 1840, in a letter to Carlyle. It was up-hill work, it may be suspected, but he could not well be ignorant of his friend’s great idol, and his references to Goethe are very frequent.
Emerson’s quotations are like the miraculous draught of fishes. I hardly know his rivals except Burton and Cotton Mather. But no one would accuse him of pedantry. Burton quotes to amuse himself and his reader; Mather quotes to show his learning, of which he had a vast conceit; Emerson quotes to illustrate some original thought of his own, or because another writer’s way of thinking falls in with his own,—¬never with a trivial purpose. Reading as he did, he must have unconsciously appropriated a great number of thoughts from others. But he was profuse in his references to those from whom he borrowed,—¬more profuse than many of his readers would believe without taking the pains to count his authorities. This I thought it worth while to have done, once for all, and I will briefly present the results of the examination. The named references, chiefly to authors, as given in the table before me, are three thousand three hundred and ninety-three, relating to eight hundred and sixty-eight different individuals. Of these, four hundred and eleven are mentioned more than once; one hundred and fifty-five, five times or more; sixty-nine, ten times or more; thirty-eight, fifteen times or more; and twenty-seven, twenty times or more. These twenty-seven names alone,*** the list of which is here given, furnish no less than one thousand and sixty-five references.

Use and availability, idea “like a rut.” Breath’s constancy. I think of the opening to Ashbery’s “Breathlike” (Planisphere, 2009), a kind of mock-up out of the Emersonian workshop:

Just as the day could use another hour,
I need another idea. Not a concept
or a slogan. Something more like a rut
made thousands of years ago by one of the first
wheels as it rolled along. It never came back
to see what it had done, and the rut
just stayed there, not thinking of itself
or calling attention to itself in any way.
Sun baked it. Water stood, or rather sat
in it. Wind covered it with dust, then blew it
away. Always it was available to itself
when it wished to be, which wasn’t often.

The rut glimmered
through centuries of snow and after.
I suppose it was trying to make some point
but we never found out about that,
having come to know each other years later
when our interest in zoning had revived again.

In “A Last World” (The Tennis Court Oath, 1962) Ashbery’d asked: “Flower / Are you afraid of trembling like breath”—and answered: “But there is no breath in seriousness, the lake howls for it . . .” So we continue, “conducive,” and breathing deliciously.


* Emerson’s line in context (“The Poet”): “We are far from having exhausted the significance of the few symbols we use. We can come to use them yet with a terrible simplicity. It does not need that a poem should be long. Every word was once a poem. Every new relation is a new word.”

** In using the lines for an epigraph to “Quotation and Originality” (Letters and Social Aims, 1875), one of two—the other reads “Old and new put their stamp to everything in Nature. The snowflake that is now falling is marked by both. The present moment gives the motion and the color of the flake, Antiquity, its form and properties. All things wear a lustre which is the gift of the present, and a tarnish of time.”—Emerson is, in fact, quoting himself, out of “Plato; or, the Philosopher” (Representative Men, 1850):

Plato, too, like every great man, consumed his own times. What is a great man but one of great affinities, who takes up into himself all arts, sciences, all knowables, as his food? He can spare nothing; he can dispose of every thing. What is not good for virtue, is good for knowledge. Hence his contemporaries tax him with plagiarism. But the inventor only knows how to borrow; and society is glad to forget the innumerable laborers who ministered to this architect, and reserves all its gratitude for him. When we are praising Plato, it seems we are praising quotations from Solon and Sophron and Philolaus. Be it so. Every book is a quotation; and every house is a quotation out of all forests and mines and stone quarries; and every man is a quotation from all his ancestors. And this grasping inventor puts all nations under contribution.