Into (and Out of) the City 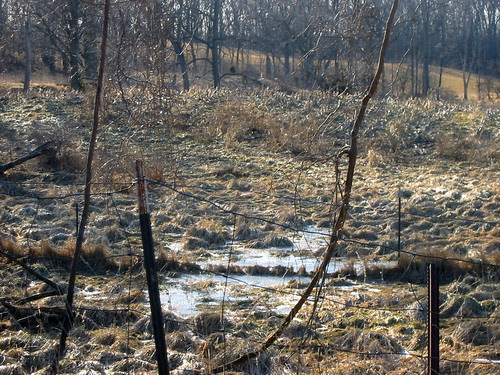 LXI
Though one’s “little internal material”
is “of the world,” reverb’ing
up out of no source
beyond the humdrum plangency of
uncorral’d moot bejesus doings unletter’d,
it routs the world by
recombinant shy finesse, it outs
what is singular in unforeseen
doubling, raking the coals for
metaphor. Its formal mischief fires
up two indistincts—one unsong’d
volatile ruse, one nod perseverant,
and singing makes it new.

Ugh. Seven degree weather, with mocking white sun in a nun’s summer habit, and a weekend befoul’d by driving and gut aches. Back in my scuffling days of tend’rest youth, I long’d to travel constantly (and did, in periods). And noted one day that it matter’d little where I found myself, I did each day indifferently, meaning I smoked and suck’d down alcohol in wholesome disregard for particularities of place (maybe the brands shift’d, Disques Bleus here, Nationales there). And now—beyond the scuffling days, reaching (with merest broadcast of whiskers white) toward my fatidicency, my sour celestial prophethood—I delight in Stephen Rodefer’s note (in Talking Poetry) against “place”:

I don’t even think Gloucester is the polis in Maximus. It just so happened that Olson found himself in Gloucester and had that kind of interest in the world. He could have been as well, in Raleigh, North Carolina, or Timbuktu. Philip Whalen suggests Gertrude Stein would have done all right if she’d have gone off to Kansas City rather than Paris. In some sene it’s almost arbitrary where you find yourself. The conditions of the twentieth century have become so generalized, so implicitly shared, that it doesn’t matter that you are in San Francisco, or in the American sense only slightly . . .

So, arrowing into the fatidic slot where the sun is orange pasteboard and all there’s to do is write one’s pink off-thudding heart “out”—isn’t that a little like Rodefer’s “city,” vitiated by no particular? “My program is simple: to surrender to the city and survive its inundation.” (In “Preface,” Four Lectures). He makes it plain:

The city, which even before Baudelaire had been a ready-made collage or cut-up of history, constantly remaking itself—a work of art, founded on an anthill. And every art grows out of the same collective desire which informs and compels the idea and reality of a city (Latin colligere, to tie together.) A district, or a ghetto, is a segmentation, an alternative version which both resists and embodies in a different fashion, that is with an opposing ideology, the original model. Hence, dialect and civil strife are alternating codes of the same phenomenon: the city does not hold together. Language, which also binds together and extends, including as it isolates, is a city also.

Distinction (analysis / metonymy) and recombination (synthesis / metaphor)—“including as it isolates.” Parse and conjugate. One is caught now in the skidding “event” of a reckless assumption: all, henceforth, is only writing, is only reading. And late, sleepless, reading the “Kraken” version of Melville’s Pierre, Melville singing the rural robust: “An excellent English author of these times enumerating the prime advantages of his natal lot, cites foremost, that he first saw the rural light. So with Pierre. It had been his choice fate to have been born and nurtured in the country, surrounded by scenery whose uncommon loveliness was the perfect mould of a delicate and poetic mind . . .” Of course, one is soonest instruct’d that “the breeding of Pierre would have been unwisely contracted, had his youth been unintermittingly passed in these rural scenes,” and is point’d at the fell city wherein “Pierre had insensibly formed himself in the airier graces of life, without enfeebling the vigor derived from a martial race, and fostered in the country’s clarion air.” Oh my clarion air (seven degrees)! Oh it is a veritably stellar place for writing! (And, thank God, a terrible place for “writers” . . .) It is Levy-Bruhl who says (of sclerotic systems of any kind, like a particular rigidify’d approach to language, or to the city, “If they become rigid and turn into a system which claims to be self-sufficient, the mind engaged in such a system will go on working inside it for ever and ever, cut off from any contact with reality . . .”)—“They become the object of a hollow and useless dialectic and the source of a deathly infatuation.” Nimble is as nimble doth. 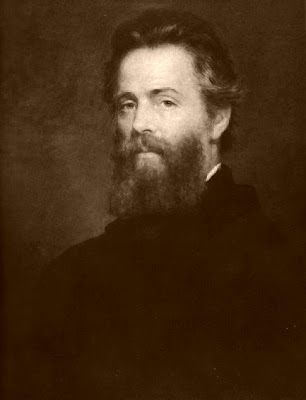