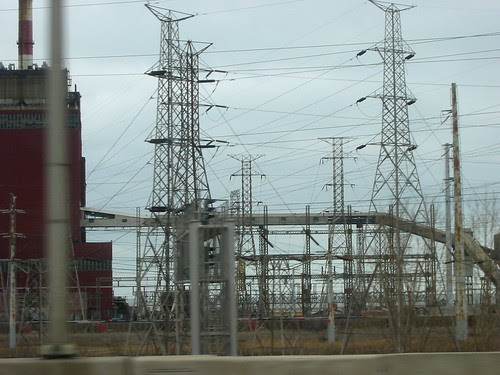 Grid (On the Road)

LXXV
I like how
the logic-steep’d
Francis Bacon nevertheless

connects form with
“the freeing of
a direction,” thus

hijacking the categorical
hither and off
whilst revving up

a process incomplete,
unending, a morph-
motor’d conduct, with

motility itself erring
into torch-lit
envoy, the see-

out of some
“ruin’d piece of
nature,” the world’s

(The Mud Boys
in the cathedral-
enormous beak of

sketch’d. Mud Boys
in lemony sun-
down light up

under the leathery
bat-wing struts
of the vault.

in reliquary’d rows
inside the bird-
woman’s vagina, ink-

out of letters.
Against the skin
of the Mediterranean

a xebec with
three white sails
cuts a gash—

Weekend dog’d by wheeling the Vibe here and there, “lead pencil in the shaky desk,” physiognomy tilt’d roseate and grim to the heavens and horrific snores emerging, “ruin’d piece of nature,” indeed. Caught by a notion uncover’d in Sewell’s The Orphic Voice (and likely misinterpret’d, though isn’t that the source of all thinking? a loud misappropriating fuzz-out certitude? “ooo the day Odin meeteth the Loup Gris, yag, ack, the day ooo dies—The day the gray wolf oatses Odin for his long slack-jaw slaver, asurp—” (Kerouac, Old Angel Midnight), it’s a morning of fly abutments, grabbing what’s to hand . . .) The notion (script’d into number seventy-five) that Francis Bacon, who attempt’d without success (he left that to Shakespeare) to move beyond logical thinking (a language of markers) into a dynamic (a language of circuitry and exchange, subject subject to languaging by language itself) (to put it stupidly, in a kind of shorthand for a process one only sees in aftermath of being “took”): so I lit up with “form” being “the freeing of a direction”—and try’d mightily to get a look at I know not what. The line (out of Guy Davenport, though isn’t it originally another of the graced simplicities of the Shaker Ann Lee?) “every force evolves a form” come just a-wailing “up” and—in perusal of Davenport’s essays seeking—I fell into a quoted sentence by Henry James (The Awkward Age):

The truth is that what a happy thought has to give depends immensely on the general turn of the mind capable of it, and on the fact that its loyal entertainer, cultivating fondly its possible relations and extensions, the bright efflorescence latent in it, but having to take other things in their order too, is terribly at the mercy of his mind.

Fond (and loyal) exchange. The cultivator of the lingual seed (“efflorescence latent in it”)—même chose, non? (And how much looser, c’est-à-dire, more “democratic,” is James’s version when align’d against Olson’s Projective Verse constraint—the one overlook’d in the parenthetic to the “R. Creeley” phrase: “it makes sense to me,” says Olson, “with this possible corollary, that right form, in any given poem, is the only and exclusively possible extension of the content under hand.”) Of course the other proponent of such mercilessly exfoliant form unhinder’d and improper is Kerouac himself—“Wait’ll the music starts, little flicks of miilionfold billionminded fleet stars thronging all for a chance to live try sentience come swamming down your hard vale, whyfor hardvale boy?”—with the famous lines to John Clellon Holmes about “wild form”:

What I’m beginning to discover now is something beyond the novel and beyond the arbitrary confines of the story . . . into realms of revealed Picture . . . wild form, man, wild form. Wild form’s the only form holds what I have to say—my mind is exploding to say something about every image and every memory . . . I have an irrational lust to set down everything I know.

(Written in 1952 whilst in Mexico City writing Doctor Sax.) Sidetrack’d (that kind of morning) into reading a blast to Ginsberg (October 8, 1952): “You’re all a bunch of insignificant literary egos . . . you can’t even leave New York you’re so stultified . . . My whole record in NY is one long almost humorous chronicle of a real dumb lil abner getting taken in by fat pigjaws . . .” that ends with the pronouncement that “the time has come for all you frivolous fools to realize what the subject of poetry is . . . death . . . so die . . . and die like men . . . and shut up . . . and above all . . . leave me alone . . . & don’t ever darken me again.” (Clearing space with a vengeance, one supposes.) Clark Coolidge (I keep rotating The Orphic Voice and Now It’s Jazz and gulps of Doctor Sax) worrying the bone of form quotes a snip of Arnold Schoenberg replying to a question—“What is the first thing you get in your mind when you start to write a composition?”—and Schoenberg answers, “an unnameable sense of a sounding & moving space, of a form with characteristic relationships; of moving masses whose space is unnameable & not amenable to comparison.” (Does the “not amenable to comparison” rhyme with Olson’s “only and exclusively possible” “right form”? Maybe. Mostly I am attuned to Schoenberg’s sense of working without language, that is, blindly, being “in uncertainties, Mysteries, doubts without any irritable reaching after fact & reason,” &c. That, and the sense of form as “moving,” dropping its deposits as it goes.) One other connection (out of Coolidge). He quotes something terrific out of Nadezhda Mandelstam’s Hope Against Hope:

I imagine that for a poet auditory hallucinations are something in the nature of an occupational disease. As many poets have said—Akhmatova (in Poem Without a Hero) and Mandelstam among them—a poem begins with a musical phrase ringing insistently in the ears; at first inchoate, it later takes on a precise form, though still without words. I sometimes saw Mandelstam trying to get rid of this kind of “hum,” to brush it off and escape from it. He would toss his head as though it could be shaken out like a drop of water that gets into your ear while bathing. But it was always louder than any noise, radio or conversation in the same room.

Morning of echoes and reverbs: isn’t that akin to Jeff Hilson’s admitting the opening lines of Stretchers a repository of just such afflicting impertinences, pertinacious and wild? (“They ‘bothered’ me as a ‘bewilderment of noise,’ a phrase turned over and over in my head. The writing down of the opening line momentarily stilled the noise.”) As Kerouac says (Doctor Sax):

Nobody knows how mad I was—Tommy Dorsey’s I Got a Note was out that year, 1936, just at the time the Flood mounted in Lowell—so I went around the shores of the roaring river in the joyous-no-school mornings that came with the flood’s peak, and sang “I got a nose, you got a nose—(half octave higher:)—I got a nose, you got a nose,” I thought that’s what the song was: it also occurred to me how strange the songwriter’s meaning must have been (if I thought of songwriters at all, it seemed to me people just got together and sang over the microphone)—it was a funny song, at the end it had that 1930’s lilt so hysterical Scott Fitzgerald . . .

“Just got together and sang”—so the “teletype” of On the Road, so the “Recording Angel” making tapes (eventual Visions of Cody sprowf) with Neal Cassady. 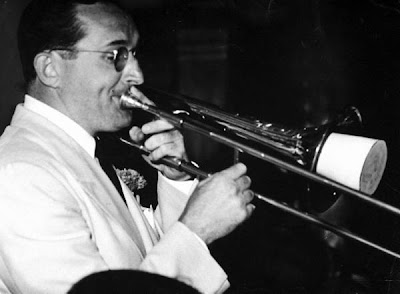