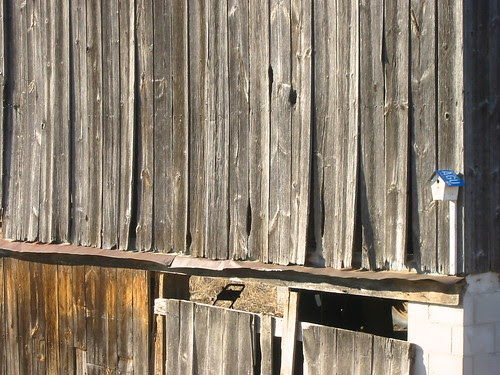 LXIV
“In the uncommon fields
of the driftless area,
unsilt’d, untill’d, wet prairies
along the Mississippi reaches—
I am talking about
Dubuque here.” Pre-rehearsed
radiant boorishness, the whoop-
ass in the cow-
pasture set come up
to town, all Rotarian
elbow-nudge and cut-
up long’s the money
holds.
Under a clatter
of birds, ægis of
newly-sprung sun, a
dog snuffles and runs,
rubs snout along stubble,
mapping some impregnable series
of molecular colliding, up-
welling stinks.
One car,
two houses, a bicycle
leaning against a tree,
the simple data of
dawn-legible matter.
Uncover’d—
snow matted-down lawns.

. . . their difficult lives of isolation; their dedication to condensation and the excision of superfluity as the prevailing aesthetic; their preoccupation with the local—a local they almost never left; their perfect lyrics that often turn on a rhyme or a musical phrase; their sweet ironic humor; their personification of the natural world; their first- and third-person anecdotal narratives of ordinary people (the former, direct descendants of Edgar Lee Master’s Spoon River Anthology—which, like it or not, is, with The Waste Land, the century’s most influential book of American poetry); and in their pathological self-effacement.

Most importantly, though (“an idea that Niedecker got from Reznikoff—as important as anything she learned from Zukofsky”): “the way to incorporate history into the poem.” That way: the condensery. Weinberger convincingly points to Reznikoff’s 1929 “Editing and Glosses” series (and to Zukofky’s defense of Reznikoff’s method in “Sincerity and Objectification”—“Reznikoff has not found it derogatory to his production to infuse his care for significant detail and precision into the excellent verbalisms of others”): here’s source for Niedecker’s later (1945) distillings-out of Letters from an American Farmer in “Crèvecoeur,” and the ’sixties Darwin, Jefferson, William Morris, and “North Central” pieces.

I turn’d back to Weinberger’s “Niedecker / Reznikoff” in the midst of reading Peter Quartermain’s “Take Oil / and Hum: Niedecker / Bunting” in the book. The issue: the whole question of source and “bookishness.” Quartermain quotes Basil Bunting saying (according to Jonathan Williams) that “Pound’s generation, and perhaps mine, were a little too bookish.” Bunting: “The world doesn’t spend all its time reading books, and we all assumed that they do. We have far too many references to things.” And Quartermain points to Ron Silliman’s discussion of Niedecker and “book learning” and the “noble shipwreck” of the poem “Thomas Jefferson.” Silliman: “The problem with the Niedecker’s Jefferson is one of the question & function of knowledge in the poem. Can one write usefully from “book learning,” or, for that matter, any mode of secondary material? That’s a question that haunts more than a few writers . . .” He lists “users” Olson (“thrillingly”), Reznikoff (“chillingly”—whatever that means), and Paul Metcalf (“ploddingly”) and concludes the paragraph rather lamely (if not wrongly): “Indeed, Niedecker herself used research elsewhere in her poetry, bringing in material she obtained while working in the WPA on Wisconsin: A Guide to the Badger State and similar projects.” What I turn’d back to Weinberger for: the “rarely cited” quote of Zukofsky (out of “Sincerity and Objectification”): “It is more important for the communal good that individual authors should spend their time recording and objectifying good writing where it is found . . . than that a plenum of authors should found their fame on all sort of personal vagueness.” Performing, that is, the ancient bardic repository deeds of “bookishness.” Quartermain is clear about Niedecker’s relation to what is hardly “research” to her:

. . . she will not be bullied, especially by her reading. In her delighted trust in lives, letters, biographies, casual utterance, she is Emerson’s Reader. She does not place her trust in books as Authorities (with a capital A) but as companions, as direct voices in her life. . . . Books offer direct experience because words offer direct experience . . . Reading, for Niedecker, is an activity, a conversation, and books are simply something she’s doing, like listening to gossip in the street . . . She takes whatever’s to hand, she writes what is under her nose, no pretension, no disguise, and her attention is focused on the objects under hand, eye, ear—language, and the poem, “saying the lines to myself before sleep at night and on waking to get the sound right.”

That “not be bullied” recalls Bunting’s harking back in Briggflatts to a period “before rules made poetry a pedant’s game.” And the stubborn attending to “whatever’s to hand” recalls a terrific kind of Frank “Nerves” O’Hara outburst by George Oppen (in “The Circumstances”) I’d never encounter’d—included by Quartermain in a note. Oppen calls the poet “a columbus alone in a small boat,” a decidedly un-public being:

He will be tempted to turn back, but he will also be tempted not to. And he will not be tempted to continue only by the hope of approval. He will want to keep going, if only his nerve does not fail, even tho he has only his bare and anxious self in the boat. ¶ Like the poet, if he becomes distracted by the desire to display his virtue, his grace, his anything at all—he will not get there. Because what he has to do is slug it out. . . . If he makes the trip, that’s his own affair, and in his heart he knows it.

Of course, if one is an indefatigable assemblagist of mighty grand “projects” and self-determined by popular acclaim (or “hits”), or if one is a professional narcissist, or if one is too-diligently attempting to parkour (“l’art du déplacement”) oneself completely through and within and over the unsalvageable rubbish of the times, sliding off one smeary-inappropriate in (Google) search of another, well, that story ’d seem odd. 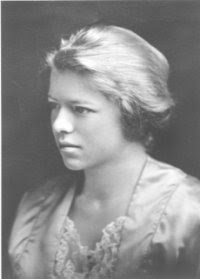