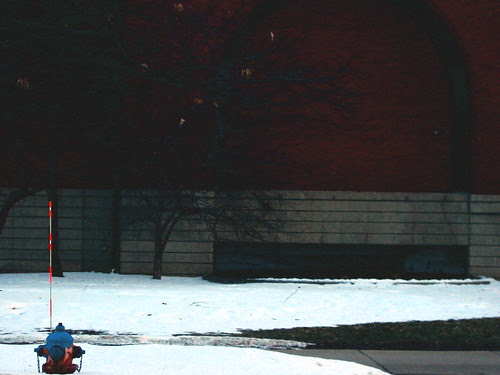 LVII
Talk’s all big talk,
murmurs terwilliger’d up into
blazes, shouts cupboard’d, moot
pleas and Augustinian trebles.
If there’s one monkey
nobody routs out of
the banana tree it’s
rhetoric. Its mighty conjunct
is voice. The writing,
with its quantifiably richer
mix, tempers its edge
to an oily hardness,
opaque, dependent, no penis . . .
(Such point’d little juts
of randy static just
make the rheostat jump
with resistance: the gab
itself bags the wonk
who design’d it.) So
if I claim that
a lofty criminality shoehorn’d
into my natural reticence
led to a way
of speech that de-
emphasizes the utterance ratio
in wry favor of
a spiegeleisen (pig iron)
of snook-popping scuff
and verbal blunder, just
call it all talk.

Blank cartridges in the pan. One thinks, uh oh, fell asleep perusing The Cave (Adventures in Poetry, 2009) two nights running. (A quality of the flat drumming: “Caves are warm as words and drift an inch. A looksee in the Far North. They aren’t you. We keep going and come out with my name wrong. I’m using the energy of words to pass through here. Some farmer stands out behind his house in back. Wittgenstein’s got the wrong name. Words keep going in and coming out a dirt maze opening into an inch. We all go back in hibernation. My name is in the right direction still. Like ice the bees pass. . . .”) Thinking Glen Gould, thinking the cave of Zeus’s borning up in the mountains of Crete (slipped into after dodging the sleepy attendant and “explored” with no illumining device, toss a pebble, step, toss a pebble, step, toss a pebble, splash, retrace steps.) Thinking of talk’s directional pile-ups (“out behind . . . in back”). Thinking of seeing a dusky yellowish scarlet tanager (the misnomer’d female of the species) repeatedly dive-bombing a bee-hole up in a maple, gobbling bees. Thinking of how vocabulary replacements (a limit’d vocab) work like Bach. Thinking: “Is Clark Coolidge “our” Gerard Manley Hopkins?” (Compare “what buck last cattle lap form pits / righting whelm       left lung       gallery imbroglio” in Space’s “Leaving Rattle Bar” with, oh, the opening lines of “That Nature Is a Heraclitean Fire and of the Comfort of the Resurrection”: “Cloud puff-ball, torn tufts, tossed pillows flaunt forth, then chevy on an air- / built thoroughfare: heaven-roisterers . . .”) (“Chevy”: to run or career gaily, like boys in sports—“like we say in the dragoons ‘Chevy’ them back again.” I love it, particularly with the second serving of the motoring company ladled over it.)

Is it too mandatory Thursday to suggest that The Cave opens up into a larger “world historical” space late in the doings? It is, with its welter of gaga specificity, my prefer’d place (or “movement”) in the poem. Randomly (out of “Passage or Abruptness”):

So does the Wittgensteinian cello of Mondrian hang in my room, the water clock of Gluck, and the soccer shirt of John Hollander. The emblems may collapse, but the bicycle, hung by its geometry, is not lost on the bottom of the sea. The film dividing the mind from the world is not lost on Rick, a glass jar of acorns on his oakum desk, photograph of the light inside water, a sweater over her head. The Seven Points of John McPhee on a blue cobalt shelf, a red ball is every color but red. A cave has no thought of cover. I look restless & guilty filled up with light, as shady as wood, tripped over the stream in balsam shorts, a triangular thinking the opposite of Rodin. Green is a tempo of light, a canoe we load to the throat with no blouse on. Sexual liberty is sometimes a ghost of the capacity of the observer to receive. Only our clothing joins together the disparate distances of flight. We see Cocteau in the Vermont hills on a Schwinn bike with phreatic eyes.

One meaning of “phreatic”: “Of, relating to, or designating a volcanic eruption in which steam or mud is expelled as a result of the sudden heating of underground water when it comes into contact with hot magma or rock.” Krakatoa. Liberty being “a ghost of the capacity” of the reader to receive. Ludic hetero-mayhem and a blast. In the Talking Poetry interview, Coolidge says: “Part of Pound’s logopoeia was that some words lead you to expect certain words following others, and so you should as a poet try to disrupt that habit.” (There’s a kind of nod to the Poundian demand for accuracy of definition here. Think of the impeccable specificity of something like “Green is a tempo of light, a canoe we load to the throat with no blouse on,” no shilly-shallying with abstract impertinences, no. Like Pound says: “Get your ‘red’ down to rose, rust, cherry, if you want to know what you are talking about. We have too much of this talk about vibrations and infinites.”) (Though, going “off” about Coolidge’s Fr. Hopkins or Coolidge’s Pound, puts one scuttling “off” for Coolidge’s Kerouac. Ought I doubt? Coolidge: “Kerouac is the writer I have reread most often, excepting possibly Beckett Melville and Shakespeare.” No Fr. H, no P.) In The Cave, in “Cave of Metonymy,” an exchange between Melville (Coolidge) and Hawthorne (Mayer):

Melville: Hold it ! Hold it, Nate. What does “phreatic” mean?

Hawthorne: I see souls poised on the end of a pin; “Phreatic” is not in my dictionary. Maybe he meant phrenetic of freakish.

Melville: Let’s stake out a section from memory, the part beginning “Who are these water striders?” up to “neat as a knife.” You read it through once & then write down what you remember.

“Phrenetic”: Delirious; mentally deranged; insane; crazy. Affected with excessive excitement. And Coolidge’s sense of Kerouac: “More of the second to second matter transformation of world into mind is there in his lines than in anyone else’s that I have seen. In this sense he comes closest to being the total writer. There is the sensation that nothing is missing or lost. Reading his books is like being handed another mind, myriad-filled and ceaselessly sending. There’s a momentum of mind-voice that otherwise might be found only in Proust or certain Bob musicians. A speed of pick-up on the fly that includes so much, a poet’s energies to make of every thought of the world a great ringing edifice.” So the task of Melville “stakes out” for Hawthorne in the exchange, one deft measure of the speed and quality of one’s “pick-up on the fly.” 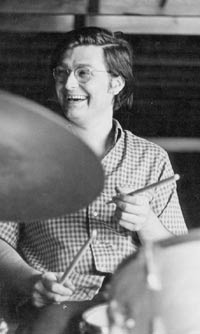