LXXIX
Delirium and tristezza (sock’d in with madness
And disaster, the cock-eyed stars), isn’t that sort of
What everybody longs for, more than, say, a Sachertorte?
I am “between books,” I am a book myself bookend’d by
The book I just finish’d and the book I am about
To begin. Reading is apt to sublimate onslaughts of incipient
Sadness (or anger) whilst the act of reading allows for
The shyer subliminal benefits to cohere, a lively bunch,
If inframince (though liable to replace whatever it
Is one is reading, particularly in the event, common enough, of
Some sudden misapprehension, a confusing word, say, or
A character one’s encounter’d only once, and that a hundred
Or so pages ago)—the whooshing sound of a large car or truck
Going down the street, interrupt’d by the speed bump;
The smell of a buttery omelet being swept up and put down
In the next booth (gratifying thunk of white and thick-
Lipped institutional china) by a waiter with greenly tattoo’d arms
The color of a South American beetle, its carapace; the way
One’s own tongue, roving aimlessly, keeps finding a sweet
Deposit of toast jammed up between two teeth. All the while
One keeps reading—“A turnip, I know roughly what a turnip
Is like, a carrot too, particularly the Flakkee, or Colmar Red”—
Though of course you haven’t the faintest and the idea of “turnips
In gravy” is making the mouth water in that hot sluice way pre-
Ralph.

Giddy, one assumes, with prospects illimitable. I henceforth spent an hour or so reeling amongst possibles—I think I read the opening pages of Pamuk’s Istanbul, of Nicholl’s The Lodger, of James’s The Ambassadors, nothing ringing out changes necessary, painting in sufficient dominions—and end’d up where I’d intend’d to go to begin with: with Kerouac’s Visions of Cody, “furry and familiar”: “The glumness goes as soon as someone says something and they head for the door—laughing they fling back echoes to the scene of their human disaster—they go off down the street in the new air provided by the world.” Here’s (because my brainbox is shabby, inert, tumbledown shack in a clearing, it being a turn’d-back Friday of twenty-two degrees and an indifferent wind blowing up (or down) my shirt-collar during the bicycle ride in) John Clellon Holmes talking about reading Kerouac’s The Town and the City (“essentially idealistic chronicle of many people living furiously, despite the sorrow that tinged its end”—and now I recall Pamuk’s insisting that “melancholy longing” (Turkish hüzün) of the imperium (Ottoman) in default and desuetude defined the East-West city, a thing I noted in fiercely sad Portugal that mopery-fill’d summer of 1988, fado, fado, fado, and Bellini’s Norma, too). Holmes (out of the 1985 Gone in October: Last Reflections on Jack Kerouac):

Amazed by the energy of the book, I was also secretly relieved to discover . . . that it wasn’t really contemporary in the fashionable sense of that term—not soured, anxious, existential, or Europeanized, and thus “posed no threat” to the bleakly allegorical novels the rest of us were trying to write. This foolishness was, of course, mainly a sop to my sophomoric preconceptions of the time, which, once thrown, freed me to the excitement that flowed out of the book like rainwater from a spout. . . .
But more than the work, it was the man who attracted me. He was sympathetic, changeable, unsophisticated, quixotic, canny, and madly imaginative. Whenever we were together we always seemed to end up at dawn on a street corner somewhere, still talking.

And mad catalogues of the “preconceptions of ‘our’ time”—soured, terminally ironic, pinch’d off anxiety in lieu of blurt’d human joy-sorrow, lazy and myopic, studiously ept and apt, no bounding allow’d—Holmes gets at Kerouac’s “work journals”:

I responded instinctively to the Kerouac I encountered there: the Kerouac who noted down each day’s hoard of completed words, and then figured up his overall batting average; who zealously recorded his slumps along with his streaks, and just as zealously pep-talked or remonstrated with himself; the Kerouac, dizzied by the odors of the spring but chained in solitude by the mad endeavor that is the writing of a novel, who actually tried, with frustrated defiance, to screw the earth one night, to simply thumb-hole into the loam, and mate with it, so that he could get on with the task; the Kerouac who wanted to blow a lot of Spenglerian wind into the sails of a book that already under full canvas on its own; who, in those doldrums of midpassage, those horse latitudes that one reaches in the second half of a long exhausting project, wondered pensively whether his book was “intellectually substantial,” after all . . .

(Is it in Michel Tournier’s Friday that who, Robinson? copulates with the earth?) And who keeps score like that? Hemingway? I am remind’d of Clark Coolidge—I’ve learn’d to keep Coolidge nearby in thinking about Kerouac—talking about daily writing (here, about the number of Nameways poems):

I haven’t counted them. It got up around two thousand and I stopped counting. The number of them is kind of unimportant in a way, I mean it’s just daily work. It doesn’t feel like I’m doing a tremendous amount of work, but didn’t Gertrude Stein say something about how if you write a couple of hours a day, it’s amazing how many pages you pile up? It’s true! It’s almost like that activity isn’t quite according to chronological time anyway. In fact I don’t think it is, but that’s a whole other metaphysic or whatever.

(And where is the note that Coolidge wrote a thousand pages of prose around the “era” of The Cave.) Wildly sliding (here and there) and thinking how Holmes says Kerouac’s admonition / mantra’s “Reality is details” (combine that with the amassing of “a daily heap of words” and one’s nigh there if there is something like Ron Silliman’s formula for The Alphabet though of course what Kerouac wants most is something like “simultaneity” (Holmes calls it “a single, Gargantuan gulp”)—complaining (of the “novelistic”) that “It’s all an overlay. . . . It’s added on afterwards. That isn’t the truth. . . . I want deep form, poetic form—the way the consciousness really digs everything that happens.”) Holmes reporting, too, Kerouac’s perplexing dissatisfactions with the whelm of prose: “He wrote long, intricate, Melvillean sentences that unwound adroitly through a dense maze of clauses; astonishing sentence that were obsessed with simultaneously depicting the crumb on the plate, the plate on the table, the table in the house, and the house in the world, but which (to him) always got stalled in the traffic jam of their own rhetoric.” So the boundaries go: sucking down the world whole in a fever’d smoosh and rhetorical trounce-Byzantine (versus) clarity and sequential incipience: a pile of rocks. 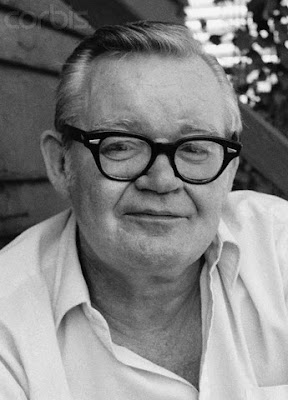