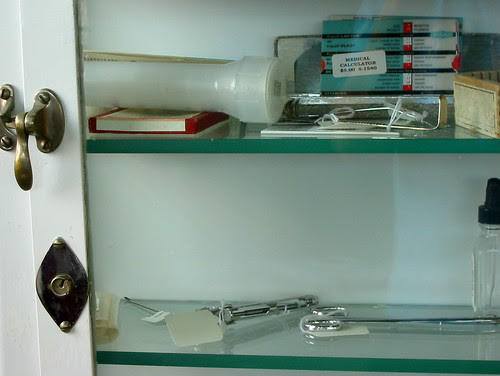 Carla Harryman’s entry in The Grand Piano 5 begins rather oddly (“To the Editor: feel free to alter or ignore constraints inconvenient to the layout”) particularly if one’s still thinking of Kit Robinson’s immediately prior note on the “group editing process”:

Our process reminds me of my job, where documents pass through group edit all the time, with the difference being that in our collective edit of this manuscript there is no hierarchy—the organization is flat, everything is negotiable.

Animal Farm déjà vu, or endless scrutinizing (“open and free”) votes? One does wonder. And comparing a thing to one’s “job”—that’s indicative of “ambivalence” at best in my “book.” What Harryman announces is how “it is convenient for me to write less.” (Me, too.) And proceeds to unveil her “tactic” in a high resounding numerological gibberish of constraint including (not limit’d to) “no more than sixteen” something-or-others. (So, I decided, goad’d in part by Harryman’s footnoted “keywords” to each section: no more than sixteen words per section shall I write.) The section titles belong to Harryman, pointers to a range of splay.

One: Interruptions in Sixteen Pages

“Open-ended trajectory” of the sentence. How’s Duncan put it? “Beginning with ‘the’ shuts off possibilities

Mall envy. If one says “Kroger market” in Michigan, one’s not listening to the locals: Kroger’s.

Three: Gardener of Stars Book Report by the Author

Accommodatingly useless. Some examples of excess: idiosyncrasy, unpredictability, social chaos, Eros up for grabs at every turn

Qua “El teatro campesino performances inspired in me a new sense of community spirit and art.”

Six: History; or I, Blasphemy

“Did you know that ‘I’ was publicly harangued in Detroit for being heteronormative?” “No,” “I” “didn’t.”

“I was going to speak about the contentiousness between . . . , but instead I refer the reader to

What I want to write here is not principally recollections of my encounters with remarkable books nor a history of my interest in the annals of exploration, an interest that began when I was around ten years old and was asked by my mother to read “The Rhyme of the Ancient Mariner” to her as she made the beds and did the ironing. The credibility of Coleridge’s poem is contingent on the coexistence of domestic and dramatic (even drastic) realities. In retrospect, I can see that accepting—and very much enjoying—the experience of incompatible, coexisting affective fields and a certain degree of emotional cacophony . . . no, not cacophony (though the “merry din” of the wedding, just as much as my mother’s movements around the house, provided the foil for the Mariner’s horrific tale) . . . Let me try again: I felt that experience, played out in a context of contradictory emotions and thoughts, to be enjoyable, important, and quintessentially aesthetic (and surely a child’s declaiming a poem to her mother is an aesthetic experience).

Irrepressible urge to continue merely quoting. The (Henry) Jamesian heft and intricacy (doily-like, crochet’d?) of the sentences is a pleasure. Hejinian’s early seizure of “annals of exploration”—fits precisely. (She begins with a rework’d sentence out of Doughty’s Travels in Arabia Deserta, and, in a lovely phrase, refers to a voice “hailing” her out of “the convoluted pathways of my generally populous mind.” I keep trying to read that as “generously populated.”)

What Hejinian argues for is perplexity. Which is, one supposes, nothing less than constant interrogation, stir, paradox (against the “settling out” Doxa that makes for dogma)—one’d relate it to something like Fenollosa’s “No nouns in nature,” the moving assembly of mind. Hejinian connects perplexity with community: “Out of debate comes perplexity—a crucial element in the game of ideas, which takes a lot of time to play and more than one player.” And: “Interactions with others are essential for those who thrive on perplexity.” Though, too, she points to a seemingly more solitary habit of thinking through (in and out of) perplexity, noting recurrences of “insights”—“had before and forgotten” in a journal, “as if they were elements of a restive dream.” (An early “talk” had carry’d the title “Chronic Ideas.”) She writes: “The aporetic mode of thinking (the mode than comes to no conclusion and must repeat itself) may be my fate.” If community (debate, talks, one must needs include the community of the dead—the “ever-social Socrates is a case in point”) triggers perplexity—it allays it, too, and with no contradictory sting. To that end—that is, against “heroic” blind, singlemindedness—Hejinian tells a story of two chapters deleted (amidst WWII patriotic gusto) out of Zora Neale Hurston’s autobiographical Dust Tracks on the Road. One of the chapters—“dedicated to friendship,” in Hurston’s words—apparently “mitigated against the heroic figure that Lippincott [the publisher] thought Hurston, as a representative Black American woman, should play.” Strife wants no perplexity, hunkers down, bunkers in. Hurston, lamenting the loss of the chapter, writes to a friend, “Now I look like a hog under an acorn tree guzzling without ever looking up to see where the acorns come from.” Lineage tumbling right out of the American tree.

A Monument to Perplexity (Sinking)