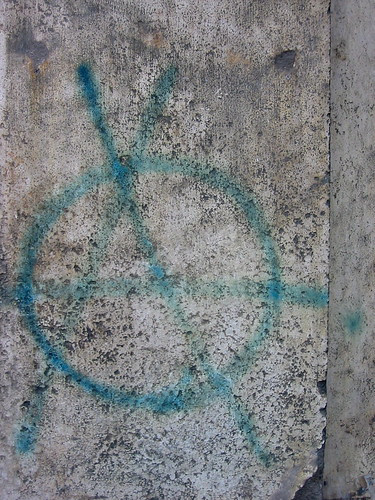 A Wall (Not Fade Away)

Rae Armantrout, she’s a cipher. She writes the shortest pieces in The Grand Piano, vivid enough (“a pack of menacing dogs to be negotiated”) but—is it grace’s dog Restraint, or simply the foul complexities of memory (“There’s so much I don’t remember”)?—one’s left thinking, who is Rae Armantrout? She writes of her long-standing (“most of my life”) friendship with Ron Silliman, present’d very much as a writer’s friendship, one of regular correspondence, work exchange. Or is it exchange? The emphasis is surely on Armantrout’s looking for Silliman’s “opinion (approval)”—there is no suggestion that she serves a reciprocal role. The piece ends with an anecdote about “a poem now called ‘Own’ but then called ‘Hospital Notes’” begun during Armantrout’s recent stay in intensive care after surgery. She points to how Silliman’s judging the piece “inchoate, that it didn’t gel” seem’d “kinder” than what she pictures as the safely bland encouragements most others ’d offer her in her recovery-state.

Any writer (anywhere) figures out the terms (or rituals) of aesthetic necessity, and finds a way to proceed. As such, there’s no quarrel with practice possible. However, I remain intrigued by what turn’d “Hospital Notes” into “Own” (the title becomes rather ironic in the event)—and why, and what differences exist between the two versions. (Part of my curiosity derives out of reading Silliman’s occasional explications of Armantrout’s poems: nearly always completely foreign to my own readings.)

I keep mulling something brought up early in Maggie Nelson’s new book, Women, The New York School, and Other True Abstractions (University of Iowa Press, 2007). In an introductory chapter, she talks about three of the women writers—Alice Notley, Bernadette Mayer, and Eileen Myles—’s “take on the vacillation between ‘caring’ and ‘not caring’ that characterizes so much New York School writing and attitude.” (Next to which the Language poets—and so many of “our” younger writers—seem absolutely stolid, ‘thar’ she blows’ lash’d to the deck citizens of the burgeoning Republic, divinely free of doubt, anything, sir, to advance, man, advance. Try, say, to picture Frank O’Hara participating in a Grand Piano: he’d be all hearsay and gossip and saber-sharp taunts and tweaks at any such treacle-y earnest whatsoever.) Nelson points to both Marjorie Perloff’s and David Lehman’s refusal to accept O’Hara’s nonchalant stance as genuine. If Perloff admits that he “refused to care in the conventional sense [and] would not fight for publication or scramble for prizes,” it is only to deliver home more determinedly her assessment that “he knew, all along, that we would indeed be looking.” Lehman, too, in Nelson’s words, argues “that this ‘not caring’ stance was primarily a put-on—that underneath it all, the New York School poets cared deeply about poetry, about fame, and about creating lasting and complex works of art that would rise to the top of the heap in posterity.” (As Lehman put it: “they did not confuse the new with the ephemeral.”) Here’s Maggie Nelson:

I think we lose something pivotal when an intense drive toward canonization leads us to discount O’Hara’s statement—“I don’t think of fame or posterity (as Keats so grandly and genuinely did), nor do I care about clarifying experiences for anyone or bettering (other than accidentally) anyone’s state or social relation, nor am I for any particular technical development in the American language simply because I find it necessary”—as a simple fronting, evasion, or deception. Here I am more interested in the wavering between “caring” and “not caring”—about literary stature, about politics, about “good writing,” about posterity, about the role of the poet in the world, about P/poetry itself, about publication, about “bettering anyone’s social relation,” about the fate of the avant-garde, and so on—than on making an eventual decision between which stance is “code” and which “real.” In fact I would argue that it is precisely this wavering—with all its attendant skepticism, indecision, insubordination, and insouciance—which has helped make the New York School so attractive and useful to women poets writing in its wake, who found (and to some extent continue to find) themselves charged with navigating their way through a male-dominated literary scene and history which has never “cared” about their voices in the same way that it has about those of men.

“Caring,” like its complement “ambition,” is a notoriously difficult thing to measure. It splits out—into caring for one’s work, caring for one’s integrity, caring for one’s “career,” a slippery hydra-head’d beast. And “care” is never perfectly mirror’d by style. “A perfectly carefully-wrought messiness.” “A pared-down exacting bit of toss.” Somehow I think of Bernadette Mayer sending editor Paul Carroll a bag of shit—isn’t that the story?—after he reject’d her work for The Young American Poets, the “lost” anthology, ecumenical (it even featured Canadians!) and resolutely “representative” of a period now mostly forgotten—after the original Allen / Hall & Co. anthology wars, and before the return to animosities. Is Mayer’s act a sign of “ambition” or not? No particular conclusion. Is Armantrout’s public “stance” (glimpsed in the pages of The Grand Piano) any indicator of some discernable measure of “caring”? Probably not. Is there a sense of Armantrout’s manner of “navigating [her] way through a male-dominated literary scene and history”? Yes, barely perceptible. And maybe that’s where one begins to yearn for more noise. [Not read: Armantrout’s True.]