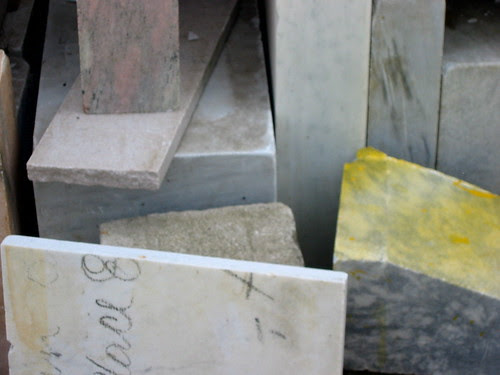 Kit Robinson’s affably cavalier attitude toward memory (its gaps and inadequacies): “I’m telling you what I know. If it doesn’t add up, that’s too bad. Or rather, so much the better.” And, ending, reiterating:

In writing from memory, I suffer the persistent sense of hitting wrong notes. By perservering [sic, typo as lovely intentional-running-to-un- wrong note?] I hope to make it all come out right. And in not, tant pis. Or so much the better!

Robinson pulls together strands of what he recalls of several public doings (the piece carries the title, “Four Readings, Three Talks, and Two Interviews”) in a mesh loose enough to reveal both the flimsiness (also a kind of suppleness) of any memory’s construction, and something about Robinson himself (to himself)—public discomfort combined with easygoing unflappability in the run of contingencies and dilutions. That is to say, Robinson—one supposes—is never the ideologue. (He quotes a terrific thing a companion, Ahni, says: “Everything pure is weak.”)

Of note: the various later interpretations of what Barrett Watten’d had to say (in an early “talk”) about Robinson’s poem “In the American Tree.” Robinson himself recalling how Watten “spoke of my poetics, by way of analogy with James Dean, as being possessed of ‘cool’ and “he used the word ‘control’ to describe my relation to my materials.” And juxtaposing a schema and assessment of the poem’s origin:

“In the American Tree” was composed using randomly selected word cards, one per line. The words were taken from two books at hand, W. C. Williams’s In the American Grain and Antlers in the Treetops by Ron Padgett and Tom Veitch. [Oh to think the piece (and subsequent anthology) might’ve carry’d the title “In the American Treetops” (repeatedly mis-order’d by newly-appoint’d canopy studies profs) or “Antlers in the Grain”—how the whole post-Vietnam “era” ’d’ve look’d different! Not dullard pouty tree-lineage, but pure aspiring treetop-glee, or broken male pride antler-loss . . .] My feeling was that, if anything, the pre-set words reduced my control by introducing unpredictable elements into the poem, forcing me off my habitually beaten path. To me, the accommodation to information occurring outside my imagination, through an aleatory process, represented contingency not control.

Against Robinson’s recall is, first, companion Ahni’s (filter’d through Robinson’s “understanding” of what Watten’d said). Thus the piece becomes “a feat of coordination, the mark of an adept capacity to incorporate random events into a seemingly smooth, elaborate syntax.” Writer as athlete or dancer. An acceptable version to Robinson. Second—and tellingly introduced by the biblical “And so it came to pass . . .”—is report’d how “Barry pointed me to the text of his essay, which was reprinted, in a revised version, in Ron’s anthology In the American Tree, second edition (2002)” (that’s good mileage, no, for a “talk”? One senses nigh-palpably the movement of exploratory / improvisatory talk—born of that ferment so often point’d at in the autobiography—turning ineffably into doxa, writ hard). The Watten-squib Robinson then quotes (beginning with the schoolmarmish “What is the transformation in this poem?”) is, in fact, all about control. “Although,” Watten writes, trying to bend metaphor, of all things, to ’s will, “the landscape is mutating, the driver is always in control of the car.” And: “The transformation . . . is not the coming into being of the image but of something deeper—the perception of mind in control of its language.” To which Robinson replies: “my own experience was more like a restless sense of intimacy, as if the poem were speaking through me, and I not entirely sure what it was saying.”

Some lovely memories of Ted Berrigan. One of him, mid-reading at the Grand Piano, telling an audient “North Beach poet” who’d begun to finger the keys: “Move away from the piano, sport.” “‘I can compete with a lot of things,’ Ted explained, ‘But I can’t compete with music.’” Another of him “composing one of his spontaneous lists of put-downs” and including “Kit Robinson that half-baked lyric poet.” Which one’d think something like a “high laudable sufficiency” coming out of Berrigan, whom I think of as uncompromisingly against the agonies of the too-earnest, the too-serious, and pure and the “done.”

Breezed through Keith Alldritt’s The Poet as Spy: The Life and Wild Times of Basil Bunting (Aurum, 1998). Only to spend inordinate (ongoing) sloughs of brainbox’d brine (whatever) “thinking” about a few lines:

Nothing
substance utters or time
stills and restrains
joins design.

Ongoing. Design a matter of keeping all the balls in the air simultaneously.

Pleased to learn of Bunting’s “four words for D. H. Lawrence” (“He was a jerk.”) Pleased to read about the Bunting marginalia in ’s copy of Guide to Kulchur:

When Pound insists on the need for clear definition, Basil responds by writing that “Only a lack of understanding of what language is can make any[one] but [a] saboteur demand ‘definition.’”

Too, in a note about Pound, Bunting writes that “He bursts with American energy, part of it, I think, truly American, that is, almost objectless, but usually useful and pointed.” 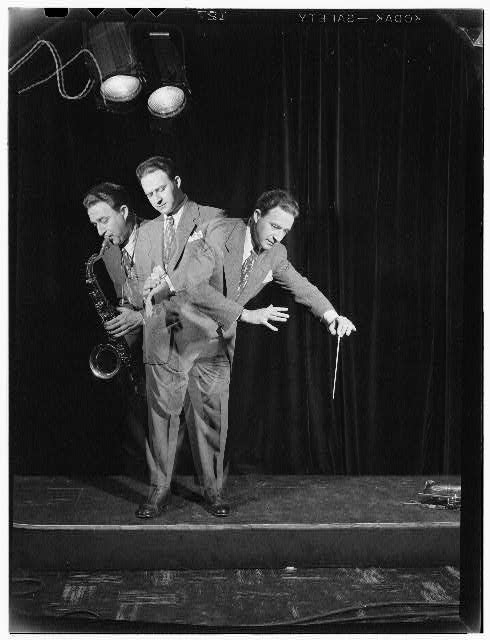