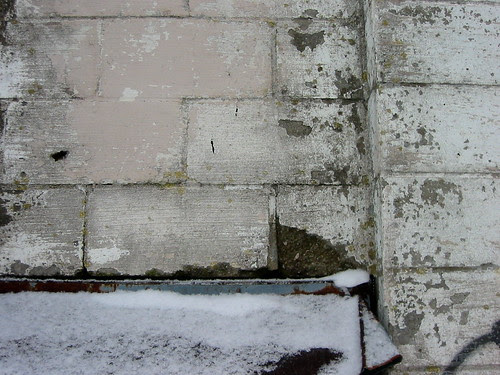 A Wall (Rust and Lichen)

Out of a newly-arrived short history of the “Talks” at 80 Langton Street circa 1975-1978, writ in a studiously confabulatory style by several of the “disgruntled first-to-leave”—the thing is call’d Amongst Yourselves: The War at Home with Langton’s Language Poets (and Others) (Poke Salat Press, 2008):

Lyn Hejinian opened the bidding, posing questions. These were general, seeking to canvass group attitudes. They were parried in kind, by cross-fire generalities, at that end of the room. Tensions evolved, as they will. Harryman, feeling somewhat awash, bobbing between Hejinian and Rae Armantrout on the one side and Watten and the remaining Language poets on the other, sent a folded message across- and up-table to Tom Mandel, soliciting no reply. Mandel frowned, dragging on a long Sobranie, and made a few mnemonic notes. Bob Perelman slant-skidded his own wary, This opinions across the table to Grenier and Watten. Ted Pearson concurred with a dark babble of ablatives. Mandel, with a perspicacious glance vis-à-vis, advised Grenier to “relax, buddy.” Steve Benson fell out (predictably) with Kit Robinson over a minuscule comic detail while recalling a recent Robert Duncan “débâcle” (unfailingly did he pronounce both the e’s accent aigu and the a’s “petit chapeau,” the darling Sinologue!) The remaining Language poets ratified contentions at random, playing politics. Watten leaned toward the slightly older Silliman, who seemed elsewhere.
Charles Bernstein arrived, to a lustily concerted welcome. The parvenu took his place; he preened, they preened. Dutiful bonhomie got the upper hand. Réchauffé “flashback” conversations ignited like wildfires all around the room, reinforcing communal delight (“Ensemble anamnesis like dropping a grand piano into a canyon” is how one “member” recalled it later.) A terrible appetite took hold. Silliman, voracious, gobbled down sunflower seeds by the scupperful. Watten, who never ate in public, watched with a Puritanical scolding eye, Mandel’s alarming manipulations of a pomegranate. Joviality, intellectually tempered to a tittering one-upmanship, burgeoned.
Despite Watten’s outright interdict, Bernstein was besieged with admiration-glances. Harryman demanded to know whether Armantrout’s repeated, “feeling” pronouncements did not seem to the “disinterested audient” to contradict what Silliman and the remaining Language poets had prescribed for the current company. Robinson looked down and offered his opinion; “that Hejinian woman” hers. “How do you suddenly arrive at that—or THAT?” Watten interrupted, proceeding to outline the real solution (quo warranto quashing of metaphor, by armed force “if necessary”), while Benson, rearranging furniture aimlessly and attempting to press his sotto voce reservations upon Ted Pearson, was airily misunderstood. Bob Perelman concurred in a dark babble of ablatives. Mandel brooded the more. The talk itself continued amid a general rehash tutti of opinion disguised as information, habitual attitudes presented as discoveries, and idiosyncratic expressions flaunted.
Silliman, between seed assaults, seemed to be mouthing silent oaths, though not in any protestation against the Watten rhetoric. His thoughts (were they thoughts or were they “sentences”?) fled all the while to a certain patiently-wrought manuscript which sagged at that moment unread in his bookbag. Bernstein’s talk went on and on, a ruminative bliss of talk requiring no “distressed audient” except itself. Silliman stirred, Silliman redoubled. In sudden zoom-focus he began, urging forth a metaphoric congruence between reticence and power, reticence and the police, reticence and his own “everlasting-oblivion-in-mendacious-memory!” He paused in a rare co-terminus of torturous analogy and guttural scream. Eyes were suddenly seen shifting in varying directions all around the room. Everyone seemed to be trying to look elsewhere. (Consequently, in the raw limits of the spatial “zone,” there were collisions.) Murmurs developed. There were yawns, scarcely stifled. Hejinian pressed Silliman to change the subject.

Completely stand-alone history it is, though likely better read with (and against) the standard history of the “era.” (I speak, of course, of the excellent Grand Piano series of booklets.) Of which, I see, one is “up to” numéro 5. If the Poke Salat volume carries the Vachel Lindsay epigraph, “Nothing is lost if one does not try to say the unsayable. For that which cannot be spoken is—unspeakably—contained in that which is said”—The Grand Piano 5, seemingly in answer, cries out: “The cyborg is resolutely committed to partiality, irony, intimacy, and perversity.” Donna Haraway.

Tom Mandel—“damn that Haraway, and what the fuck is ‘the cyborg’ anyways?” he’s muttering—begins with a Hannah Arendt quote (“Of all things of thought, poetry is closest to thought”) moving directly to a Mandel-maybe-inaccurately-recall’d Rae Armantrout quote (“The best thing about being a writer is writing—doing it.”) And, comfy in my shirt with all that, whilst Mandel ruddles about gay San Francisco of the period, he plunks down another Arendtism, how “a hero is no more than someone free to act”—and I am suddenly thinking of how of late someone quoted a line by Denise Levertov (to Robert Duncan) regarding Frank O’Hara (“strikes me as extremely talented or whatever one calls it but fatally smart”) and how I reply’d, “O’Hara as ‘fatally smart’? That’s something to think about. What’s she mean by that?” and my correspondent wrote, brilliantly: “I’d hazard a guess that she’s using ‘smart’ the very same way people still use it—defensively, because to be smart means to be a) beholden to nothing but oneself and b) liable to burst into satire (or other amusement) at any moment.” Free to act, alors, the Arendt-inflect’d hero. Precisely the kind of thing the groupuscule—any groupuscule—insidiously thwarts.

Mandel’s piece comes with a rinse (drench) of nostalgia. Lovely images of the final days of Les Halles, the huge ironwork and glass central market in Paris, destroy’d in the early ’seventies (by 1973 when I first “got there,” a few skeletal iron frames stood, an enormous trou ’s in the making, the worker café’s were transforming into boutiques, gentry-life seedlings sprouting out of the conflagration). Mandel: “In the nineteenth century, the anemic were directed to Les Halles to drink buckets of blood. There were long lines every morning.” Nostalgia, too, in the form of sweet rememberances of “Marie France,” Mandel’s “diminutive penis”’d friend of the initial Grand Piano booklet. (I did briefly go afraid for Mandel—that he’d pull what I think of as a “Carolyn Forché” and call out across the pages of literature to the missing friend. Recall with a cringe if you will the final lines of Forché’s “As Children Together”: “If you read this poem, write to me. / I have been to Paris since we parted.”) The troublesome nostalgia, though, comes in Mandel’s claim that, for the Grand Pianists, a point occurred where “community turned into society.” That is, using Arendtian terms, “an ideal life of action,” a community “if not utopian . . . at least undisturbed . . . marginal, fascinating to those living in it, open, although also challenging, to those who wished to participate” is destroy’d by the “pollutant” of “social complications.” The upshot: “society describes individuals not by way of their actions but by assigning them roles.” A common enough originary fable, the non-hierarchical playground, all of us born heroes. I don’t believe it. The role intrudes, inevitably, in any congress. In lieu of that is the stance of Rae Armantrout, there, “doing it,” in the writing, is one—it is likely—“fatally happy.”

Towards the end of Mandels’ piece, he reports that “Elsewhere in these pages, Lyn reports Barry as asking to eliminate ‘like’ from the poetic lexicon.” Which asking, of course, sounds neither heroic, nor apt to open up possibilities for mutual heroics, but petty, circumscribing, blunt, bullying. And Mandel’s response is pointed and lovely:

But literature is like a great sailing ship. Although we writers may imagine ourselves manning her sails or even as the wind that fills them, I fear we must be content instead to be the waves she cuts across. 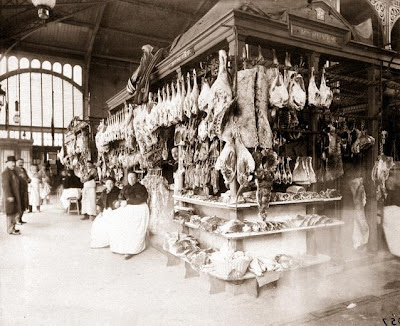