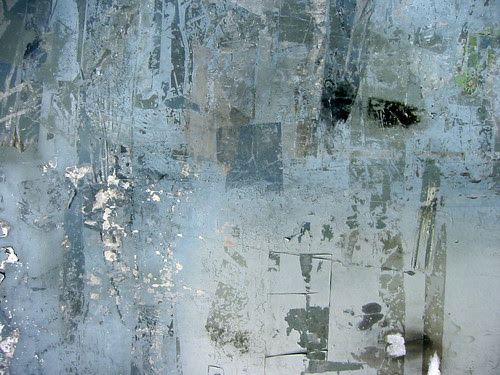 A Wall (Adhesive and Scar)

Reading Friederike Mayröcker’s brütt, or The Sighing Gardens (Northwestern University Press, 2008), translated by Roslyn Theobald. Part of the newish Avant-Garde and Modernism Collection series of that press—Haroldo de Campos’s Novas is, too—under the general editorship of Rainer Rumold and Marjorie Perloff. Mayröcker (b. 1924), long a leading figure of the German post-war avant-garde, and long associated with Ernst Jandl, publish’d the book in 1998: one figures it written by a seventy-plus year old Mayröcker.

In the form of dated entries, Mayröcker’s “I” considers a rather empty quotidian of sharp reveries and sporadic naps, books pick’d up and put down, letters written and received. The writing itself—syntactically skippy, with cherish’d oddments of emphases, or sudden OUTPOURINGS OF THE MAJESCULAR—is fleet and sidewinding (slurry) simultaneously, lashing out here and there to include whatever swings up out of the daily rhythm, the gone, the current, the wayward. It is punctuated by (drawn up into a temporal frame by) several stock epithets unchanging: “I tell Blum” or “I write to Joseph” or “X (or William or Ferdinand) writes to me” or “Elisabeth von Samsonow writes.” So the universe of the book becomes one of stories exchanged, or sentences exchanged, a language parade (and growing old, and writing). Though I mark’d innumerable terrific air-sucking lines (Mayröcker’s particularly good at implanting sudden fiercely piercing images, seemingly out of nowhere, completely odd), it’s likely that it’s the cumulative effect, the gentle assault that’s typique. Mayröcker:

I say to Blum: language history, I say, everything is language history, we just don’t want to admit it. Where options are left open to us, I say, where options are left open to us in a work of art, we start searching in vain for some kind of rules to follow, I misread the address of the sender, instead of Schillerplatz : Achillesplatz, I wonder if there is any kind of connection here?, I couldn’t tell, was that car in the dark coming toward me or headed away, instead of writing the address “München” most of the time “Mündchen,” it occurred to me early this morning that I’m trying for a kind of NOVELNESS in my most recent work, I am striving for NOVELNESS, whatever that means, I say to Blum, what do you think about the transitions in your work, a journalist wants to know, but I don’t know what to think, I tell him : this constant, I believe impassioned attitude of fantasy (and so not actual fantasy) is still an overarching influence, and saw tears on the amputated tree, glittering gold-colored tears of resin, I say, saw roses on tall stems, wilting robinias along the boulevards, the shrimp on my plate, that is the entire secret, or as Botho Strauß says : SUDDENLY THE END RIGHT IN THE MIDDLE OF THE DRESSING ROOM . . but sometimes, I tell Blum, when I take stock of everything, in these miserable, barren hours, it happens that I find myself having to say : I have done everything wrong, I have lost everything, wasted, missed, I headed off in the wrong direction, maybe the AESTHETICS OF LANGUAGE, which has been at the heart of my work since the beginning, was simply the wrong goal in the earthshakingly monstrous times, oh, the composites did it to me, the composers, the strolling, as Elisabeth von Samsonow writes, in her mind she sees me the way I was strolling in her ocher-colored handwriting, an ocher-colored woman’s hand with red border around the wrist, offering me a small bouquet of spring flowers, now in the middle of autumn, I tell Blum, stars in bright colors, plump green stems cut in uneven lengths, bundled together with a double cord, long-legged out of water (climbing) . . .

Elsewhere I scribbled the comment that Mayröcker’s poems “remind me of Bernadette Meyer,” and add’d, “some remind me (sparsely) of Joseph Ceravolo, both, undoubtedly, false etymologies, skew’d impossible lineages. ‘Of the international graphomaniac tradition.’” I think of neither in the case of brütt, Ceravolo lacking the heft and pull, Mayer the dada piquancies—things like Mayröcker’s “scribbled down on small folded mauve-colored napkins, my little finger gliding like a ribbon of syrup across the empty page” or “my transit body is exhausted, I lie down on a sleeping mat, a lark is shooting salvos around inside my skull.” Though I do keeping thinking something like cette écriture féminine qui n’en est pas une, this writing that exceeds writing, all overlap and splash, uncontainable and there, all-encompassing in the same moment. Mayröcker’s approving quote of Bataille: “The wind outside is writing this book.” Or Mayröcker’s writing, in a kind of damning comparison?

I never write anything down, says Blum in a rather distant tone of voice, before I have thought it through completely and understand it, Blum says, language is a tumult, I say, like the senses, like ecstasy, clearly our libidos are controlled by our brains, isn’t that so, I say, last night’s housefly has gone back into action, a page full of scribbles . . .

Reminding me somewhat of Luce Irigaray’s argument for a “language in which ‘she’ goes off in all directions and in which ‘he’ is unable to discern the coherence of any meaning”: “Woman has sex organs just about everywhere. She experiences pleasure almost everywhere . . . The geography of her pleasure is much more diversified, more multiple in its differences, more complex, more subtle, than is imagined—in an imaginary [system] centered a bit too much on one and the same.”

And, because I found a copy of Thomas Bernhard’s The Loser (because one “character” in it is “Glenn Gould”) and’d been plowing around rather aimlessly in it, I found a passage by Bernhard that rather echo’d some of Mayröcker. He writes about how, after spending “six weeks in uninterrupted writing” about Glenn Gould, writing the book in hand:

Versus (and is the difference one of degrees, Bernhard struggling, in fact, to throw over the pre-knowing?) Mayröcker’s insistence that:

I MUST FORGET EVERYTHING in order to finish this work, you have to get yourself in harness, no enmeshed, once you get involved in a writing project a writing diktat, there is no going back, or everything will be ruined, isn’t that right, maybe it’s getting your claw hooked into the robe of language, you attach yourself, you get snared, you get snagged in language in the MATERIAL in the TEXTURE, etc., and in the same way language seems to get hooked, attached, it hooks its claws into us the moment we acquiesce, so, we lead we guide each other, in equal measure . . .

Vatic voice as claw in the lingual firmament, I do love it so. 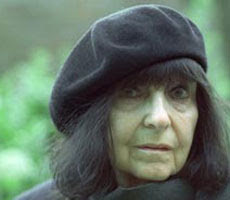