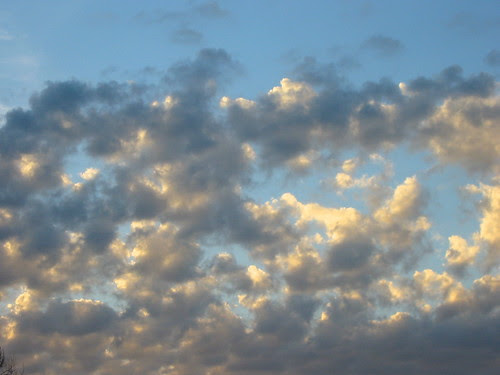 Jonathan Williams: “I write poems that are laconic as pebbles, so when it comes time to write prose I like to pull out all the stops and do a lot of throat-clearing and ground-pawing, like Anton Bruckner, another rusticated, mountainous person.” That in a preface to a book of essays and reminiscences of Edward Dahlberg he put together. Strong sense of foible and pose.

I have Mr Getz and Mrs Gilberto on the stereo playing the “Desafinado” and other pleasures. The night is young, etc. The bourbon is full, etc.
Well, anyway to get you off a brief epistle before I answer a rancorous letter or two from the likes of several literary fatheads: Mr Dahlberg, Mr Patchen, Miss Levertov. God, what a shit-eating task it is, trying to publish poets. In the Next Life I’m going to be a pro-tennis player and get miles of California ass.

A brief period of raucous correspondence in the late ’sixties, Davenport’s address’d to “Mon cher Cast Iron Lawn Deer Owner of America,” or “Basho San” or “O Catulle de la Caroline du nord,” Williams in the habit of beginning “Cuz,” “Cud’n,” or “Cousin Blue-Grass.” After Davenport writes deploring a state of crowdedness (“Attribute all my remissness to the fact that I cannot get a moment to myself: moments in which one might draw, or answer letters, or even work. I long to be a hermit . . . Robinson Crusoe is pure myth; no one has ever been so fortunate”), Williams replies (“Dear Cousin Cruise-So,”):

Hermitude, like bliss, is pleasant to imagine since, surely, neither exists for more than fifteen minutes. Which, just as surely, makes them both so attractive.

Jonathan Williams on writing and reception, after a stew and gallimaufry of names of predecessors and contemporaries (“my ears don’t fall off and my stomach doesn’t curdle when I hear names like . . .”), pointing to the poems collect’d (“down from 1,450”) in Jubilant Thicket (Copper Canyon, 2005):

I would like to venture to say they are “monastic” and “tramontane.” They have been written in the Pennine Dales and the Appalachian Mountains, and their principal cohorts have been a few good and bad Brits and Yanks, Shortia, Dog Hobble, Bluets, timber rattlers, pileated woodpeckers, rowan trees, the Greater Bell Flower, Bear Garlic, and peewits. Most of American life is quite beyond me. It’s just too scary, except for the pitching of Greg Maddux. Let me quote Basil Bunting . . . : “Readers are not what one writes for after one’s got rid of the cruder ambitions.”

In a self-penned note about the author (Jubilant Thicket), after noting the life at “Skywinding Farm near Highlands, North Carolina and Corn Close, a seventeenth-century stone cottage in Dentdale, Cumbria, England” shared with Thomas Meyer and a cat “whose slaves they have become”: “Not a bad thing. They lead an aesthetic, monastic life in the tall weeds—not a bad thing, either. The Literary Life is far away. That’s good, too.” Duty to stray animals, scorn for the capitals.

Richard Owens of Damn the Caesars ’d mention’d several months back how he intend’d to put together an issue about Jonathan Williams and I bark’d out how I admired the essays and much of the poetry and how he, Williams, got bagged in the clothes of a publisher too often, and Owens encouraged me to put down something about the essays and I did nothing, or did little (is there the scratch of a note here?) and slunk off guilty-tail’d never wanting (“able”) to do the devoirs assign’d (“too hemmed in”).

THE TERRIBLE KNITTERS OF DENT FABRICATE A NATALITIAL FRAGMENT FOR THE ACROSTICAL MISTER BUNTING ON HIS 70th BIRTHDAY BY THE TYNE, MARCH 1, 1970

Building a poem: the first requirement is to have good quoins.
A line and a rule would guide a fool, a saying runs.
Set off right or you can’t finish a roof—or a poem or a life.
In order to addle a living, set off in the dark for the far fells,
Loaf and some onions for food, built two roods a day.

Bewick was one; you, another—able to wall the gap in the tradition,
Unerring in the words to use for walling poems—
Not difficult for a man with good hands and a straight eye.
The wisdom of keeping a headstone in the parlour to carve in winter
Is obvious, like swallowing lots of tea when there is any.
Note: “The work should be simple,” say the Poem-Masons of Swaledale.
Good poems, like good walls, stand 60 to 100 years and never budge.

On the cover of Williams’s Descant on Rawthey’s Madrigal: Conversations with Basil Bunting (Gnomon, 1968) is a square-ass’d kine, a Bewick bull. Did I see that it’d been pull’d direct off an original Bewick boxwood cut? I think so. Therein Williams and Bunting talk about poetry readings, Williams looking to find a means of getting a little money for Bunting:

JW: Most of the poets that tour are just there to read poems and engage people a bit. That’s about all, except to suffer the slings of idiot Pope professors, flat tires, terrible food, and sullen poetry-lovers.

And hearing—maybe wrongly—a telltale note of affection for the idiocies of the Pope professors (“slings”—saying, life’s too short and we is but monkeys, as in “’tis nobler in the mind to suffer / The slings and arrows of outrageous fortune” or as one “Butler Jenkins, Caretaker,” puts it in “Three Sayings from Highlands, North Carolina”:

you live until you die—
if the limbs don’t fall 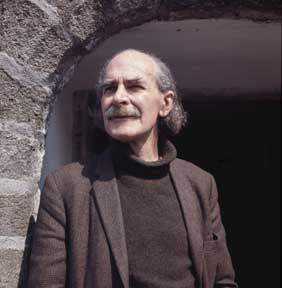