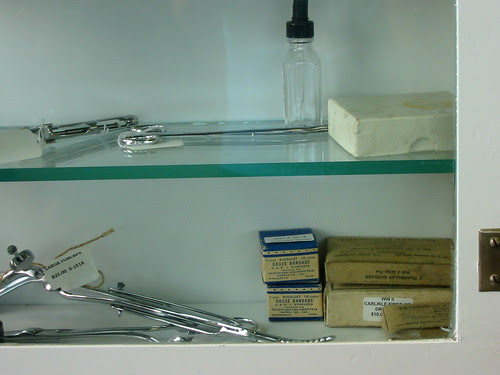 I read a goodly chunk of Roberto Bolaño’s Nazi Literature in the Americas (New Directions, 2008), another Bolaño translated by Chris Andrews. Blackly funny, and quickly limn’d. One of the marvels of Bolaño’s prose is the uncanny ability to catch character itself in the tiniest of summaries, without “resorting” to dialogue. Here’s a paragraph about Ernesto Pérez Masón (“Matanzas, 1908–New York, 1980” under the entry, the book’s structure is that of a reference work, with short biographies of the “major” figures follow’d by end matter—“Epilogue for Monsters”—that lists “Secondary Figures,” “Publishing Houses, Magazines, Places . . .” and “Books”—its mockery is somehow of the scholarly apparatus itself, the critical insistence on category, and the blind belligerences of the social “network,” the self-appoint’d groupuscular doctrinaire toute à la fois):

A rather atypical member of the group that formed around the magazine Orígenes, he maintained a legendary feud with Lezama Lima. On three occasions, he challenged the author of Paradiso to a duel. The first time, in 1945, the affair was to be decided, so he declared, on the little field he owned outside Pinar del Río, which had inspired him to write numerous pages about the deep joy of land ownership, a condition he had come to see as the ontological equivalent of destiny. Naturally Lezama spurned his challenge.

Perfect dry understatement. I love the echo of Erle Stanley Gardner / Raymond Burr in the name. One of the Cuban Pérez Masón’s novels is discover’d by the censors to spell out, by means of acrostics embedded in each chapter’s paragraphs, things like “LONG LIVE HITLER” and “USA WHERE ARE YOU” and “KISS MY CUBAN ASS.”

Elsewhere, Bolaño’s reference work engages in cover description and critique. Regarding a “little book . . . entitled Twelve, by one Pedro González Carrera (“all concur in affirming . . . that his work was as brilliant as his life was dull”), Bolaño says,

the cover, which was the author’s own work, is noteworthy in its own right, as it was the first of many drawings he produced to accompany his poems (the others came to light only after his death). The letters of the word Twelve on the cover, equipped with eagle talons, grip a swastika in flames, beneath which there seems to be a sea with waves, drawn in a childlike style. And under the sea, between the waves, a child can in fact be glimpsed, crying, “Mom, I’m scared!” The speech bubble is blurred. Under the child and the sea are lines and blotches, which might be volcanoes or printing defects.

(Which, for all its malign cartoonery, might’ve been submit’d under the smarm-meter of flarf, no? Or would that be inappropriately “inappropriate.” Something about its obviousness, its boosterism of the poorly-made, the childlike, the obvious . . .)

Too, there’s Bolaño’s report of the critical response to a book by one “Andrés Cepeda Cepeda known as The Page,” who, himself, through a daily column whose “articles, ranging widely, like those of Dr. Johnson, provoked hostility and lasting resentment.” Predictably, “because of The Page’s notoriety,” the critics go after the book like a pack of dogs, “each trying to outdo the savagery” of the other:

Etc. Precisely. That endless stream of epithets, publish’d, publishable, or not, divots kick’d up by the number of horses coursing the “field.”

Or there’s Willy Schürholz, born in 1956 in Colonia Renacer, Chile (“literally ‘Rebirth Colony’), a completely self-sufficient community wherein “the ethnic origin of its inhabitants” is “without exception, German.” Schürholz, sent off to Santiago to study agriculture, discovers poetry. Bolaño’s brilliant assessment and conclusion:

He had what it takes to fail spectacularly: even his earliest works have a discernible style of their own, an aesthetic direction that he would follow with hardly a deviation until the day he died. Schürholz was an experimental poet.

And, too, the resultant initial mad enchantment of the groupuscule that embraces Schürholz’s “experimental” doings:

His first poems combined disconnected sentences and topographic maps of Colonia Renacer. They were untitled. They were unintelligible. Their aim was not to be understood, and certainly not to secure the reader’s complicity. One critic has suggested that they indicate where to dig for the buried treasure of a lost childhood. Another maliciously surmised that they show the locations of secret graves. Schürholz’s friends from the avant-garde poetry scene, who were generally opposed to the military regime gave him the affectionate nickname The Treasure Map, until they discovered that he espoused ideas diametrically opposed to their own. The discovery took some time.

Schürholz ends up, perfectly, a “guide for German tourists” in Africa. 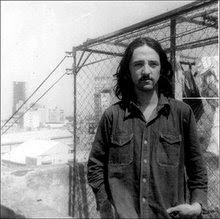