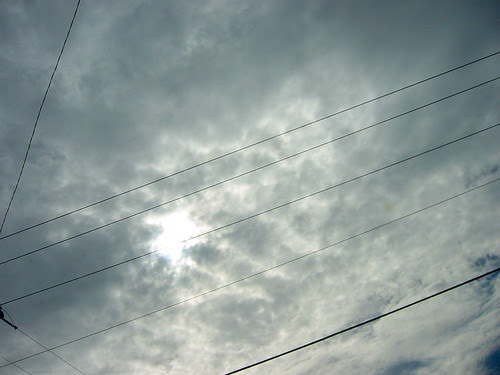 Unsolicit’d down the pike comes a memo to Barrett Watten and Ron Silliman, rough-stamp’d with the fierce imprimatur of Kent Johnson, one of the few “strugglers in the desert” in an era of diffident uncritical hob-nobbers and shill inutile elixir-suckers, both “gangs” perfectly willing to let the “record” be writ (or erased) top-down by self-satisfy’d “members” of the New Academy. And here we thought Controlling Interests a tongue-in-cheek title—turns out it indicated a plan of action, same old same old junta-talk. Recall Marjorie Perloff’s claim it present’d a world wherein “the articulation of an individual language is all but prevented by the official discourses”? Twenty-five years later and there’s a new set of “heads of the town up to the aether” and new “official discourses” and same old same old screws sunk deep into the lid of individual dissenting articulation? Here’s the letter, wholly unacknowledged by its recipients. Official silence packs its own punch:

I just noticed that you don’t provide a link of any kind to John Latta’s extensive meditations on The Grand Piano, certainly the most sustained, idiosyncratic, entertaining, and textually attentive commentary on your project extant. I realize that he is sharply critical in parts, and sometimes biting, even satirical, in his evaluations. He also proffers praise, and quite often, when he feels it’s due.

But can you not see (really, I’m somewhat stunned that you have airbrushed him from your links) that managing, or trying to manage, the reception of your work in such transparent way will come back to hit you on the backside? It truly looks petty, timid, and dumb. I am being blunt, but it’s the truth, and you demean any true sense of “collective history” in such exclusion.

What will you say when Latta’s reactions appear in gathered form, probably in both print and online, and people start noting that this is the “text on your text” you tried to keep out of sight?

Ron, I’m emailing you too on this, since it now occurs to me that you have never (with possible exception of one time—am I right?) linked to Latta’s GP comments, despite their obvious presence within the radius of your interests. In fact, I note you still don’t even have a link to Latta’s current blog. 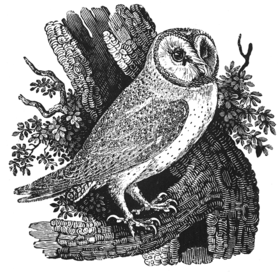 Reading Jenny Uglow’s terrific biography of the eighteenth-century Newcastle wood-engraver and naturalist Thomas Bewick, Nature’s Engraver. Funny to see some of Basil Bunting’s haunts and villages a couple centuries earlier. Therein is mention’d one John Collier, part of a group (including Bewick) that “looked back to ‘old British rights,’ to Alfred and the Saxons and the Peasants’ Revolt of 1381, as well as the ‘Glorious Revolution’ of 1688. They saw that old customs, as well as land, were under threat and felt that at some deep level even their language was being stolen and their voices silenced.” Collier publish’d what Uglow calls “his own surreal Alphabet, ‘By a Supposed Lunatic.’ A few lines out of the preface to the thing, pointing to the origins of language:

I should suppose the human species for ages bordering nearly upon dull sluggish beasts—with few wants and very few sounds to convey those wants into the minds of each other.—These sounds would then be very simple but very expressive, (i. e.) there would be the sounds of things themselves, formed according to their place of being, tone of substance, and atmosphere.—In this point our Saxon language stands foremost: For instance—take up a stone or an axe and knock it against a tree, and I cannot help fancying but with the breath of the striker it says Wood! as plain as letters can form or we can pronounce it.—Listen to the Ass, and mock the note through your nose, and you cannot help thinking it says: Ah—o! from whence the Assino, Asne, or Awne of foreigners: But our British and Saxon ancestors, when the grave and learned Latinist was introduced into their country in preference of their spirited lively Keffyls and Gallopaways, wondering at the drollness of his make, and struck with the strangeness of his note before they could sound the whole of his tone, burst into laughter and closed it with an S— which named him an ASS.

Compell’d or compiled,
A slant of
Oil-color’d light,
Or a ligature
Of two competing
Vowels in æther
Join’d or one
Pure diphthongally split
By a voice.
The point is
A mete allot’d
Boundary stretch’d, a
Chorus of particulars
Distend’d out of
Hierarchy’s rank ranks,
Level’d by song
To mere contiguity,
A flat sea,
A choral flood.
Out beyond pines
The light trills
Through needles, splays
Out in blunt
Shafts, the shilling
Sun’s westerly pocket
Edging north, edging
North. A dog
Yaps inconsequent off
Where a barn
Leans, slab-red
Disgorge of song. 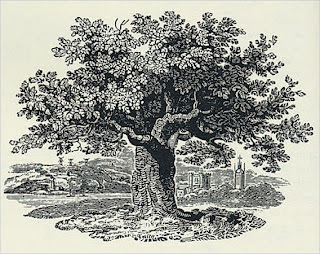