Now Is Not Hereafter 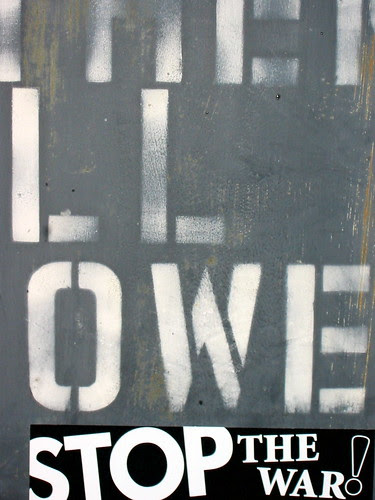 Cold rain ongoing, with just enough wind to slant it up into the down-dragging physiognomy. Denuded, the streets. All the winter’s collect of debris exposed. Flat tire on the bike, a regular spring riddle. Cold enough the crows gather to spatter the walks in the Law Quad, its little stone replica of some pedigree’d arrangement in England, Oxford or Cambridge, who remembers? Night yesterday took me off to viddy Bruno Monsaingeon’s 2005 film Glenn Gould: Hereafter, and listen to Monsaingeon’s stories of Gould. Prodigious feats of memory. Marathon sessions of talk. Too, Gould’s “For me, the presence of people is a distraction” and the rejection of the company of “artists,” comparing such to the “apes of Gibraltar,” each one endlessly attempting to climb up higher on the rock than any of the others. Gould’s large black and white English setter named “Arnold S.” after Schönberg. Gould’s excellently lopsided head, ears drawn out of two different job lots, pointing in separate directions, teeth in tilt and lean, crooked. (The comforting ’fifties, last era before orthodonty made every smile the same.) Everywhere that fierce hermitry: “To be incarcerated would be a perfect test of internal mobility.”

And, out of “Glenn Gould Interviews Glenn Gould about Glenn Gould” (1974), Gould insists he’d “plump for a zero-to-one relationship between audience and artist”:

I simply feel that the artist should be granted, both for his sake and for that of his public—and let me get on record right now the fact that I’m not at all happy with words like “public” and “artist”; I’m not happy with the hierarchical implications of that kind of terminology—that he should be granted anonymity. He should be permitted to operate in secret, as it were, unconcerned with—or, better still, unaware of—the presumed demands of the marketplace—which demands, given sufficient indifference on the part of a sufficient number of artists, will simply disappear. And given their disappearance, the artist will then abandon his false sense of “public” responsibility, and his “public” will relinquish its role of servile dependency.

In the new volume of The Complete Works of W. H. Auden, a monumental (or “big”) thing call’d Prose, Volume III: 1949-1955, edited by Edward Mendelson (Princeton University Press, 2008), one finds the “Forword to Some Trees by John Ashbery,” written by Auden in July of 1955 and publish’d in March 1956. Some vague recall of seeing some lines out of the piece quoted, though few. I know the copy of Some Trees I own—print’d by Corinth Books (1970) with a Joe Brainard limn’d suburban landscape looking as if it’s going green against the pinkish cover—omits it, wisely. Frankly, the thing reads for the most part as if Auden’d not a shed vestige of what Ashbery’s up to—he circles around endlessly wielding a pedant’s club, rehashing some watery version of the days of poetry’s alignment with ritual, with the sacred. All, one supposes, to differentiate between the “golden age” heighten’d reality of “myth” and the debased “now” of the “particular, the individual, the secular”:

Only concrete particulars seem real, and all concrete particulars seem equally real. Some may be brute fact without meaning beyond their occurrence, some may have a meaning known to God but imperceptible by us, in some we may perceive their true meaning, to others we may attribute a false meaning, but none of all this has anything to do with their reality. Human experience of time is an experience of a succession of unique moments, each of which is novel and will never recur. We may find one such moment uninteresting, we may forget it, but we cannot deny its importance, or if it had not existed we should not now exist.

Which seems rather a little like verbiage running out of its own accord. Auden next summons Rimbaud, who (apparently) discover’d that “the imaginative life of the human individual stubbornly continues to live by the old magical notions,” in “a numinous landscape inhabited by demons and strange beasts.” Which allows Auden to treat the “Mexican town” of Ashbery’s piece “The Instruction Manual” as one of Ashbery’s “holy places” (“Every imagination has its holy places but they are its private property.”) He quotes some lines and, while recognizing the “historically real but profane situation” of “doing hackwork for his living” that trigger’d Ashbery’s lushly present’d gaze at (“experience of”) Guadalajara, insists the memories be “sacred,” and the imaginative act one that “celebrates the inner mythological life.” Which seems to miss something like Ashbery’s “tone” (gently mocking) completely. (Is that precisely what all members of the “old guard” miss in reading the “new guard”?) A curious (and rather funny) Auden paragraph:

Reading this, I who have never been to Mexico nor wish to go there translate this into images of the happy life drawn from quite different cities. In this case, it is perfectly easy to do so, but even in the simplest case communication between poet and reader is indirect, demanding an active re-creation by the latter which ancient poetry with its public references does not.

Reveries of a lost seamlessness. The textual notes to the piece do recount the story of Auden’s not finding a manuscript worthy of the Yale Series of Younger Poets prize that year “for the second year in succession,” and prints a letter to Eugene Davidson “at the Press”: “What bothers me particularly is that a young poet (John Ashbury [sic]) whom I know personally told me he was submitting a manuscript this year. I have reservations about such of his poems as I have seen, but they are certainly better than any of the manuscripts which have reached me. I don’t know how or by whom the preliminary sieving is done at the Press, but I cannot help wondering whether I am receiving the best.” Apparently it was Chester Kallman who “championed Ashbery’s work” and, in fact, got a copy of Ashbery’s manuscript to Auden in Italy. No mention here of Frank O’Hara. One notes that Auden suggest’d that Ashbery “adopt a less general title than just Poems” and “suggested as an alternative Some Trees.” 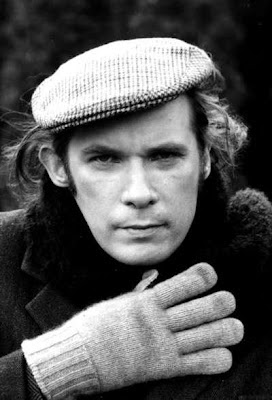