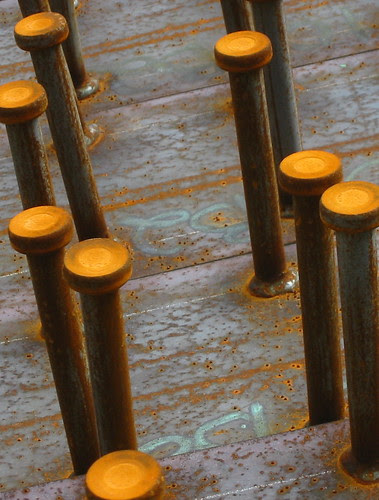 To note so’s to recall in moments of (my own) finicking (or whilst others finick and pettifog with the kind of empty-headed quietude any formalism—avanti’d up all smartly or drug up out of clench’d fists of the unrelinquishing dead—demands):

And if there is one hellish, truly accursed thing in our time, it is our artistic dallying with forms, instead of being like victims burnt at the stake, signaling through the flames.

(Antonin Artaud, The Theatre and Its Double) With a comradely growl to David Baptiste Chirot, who call’d it to my attention.

Whilst I’m knocking together tall brown one-litre bottles of Valstar Red with the copains (how happy I got seeing Olivier Rolin mention it, Valstar, Paris’s cheapest beer, and recall’d the days in the chambre de bonne at 91, rue Taitbout, when I’d plunk down my franc-fifty at the Arab grocer’s and shuffle home with a bottle. Pacing myself, I’d finish it “coterminously” with the pale blue aerogramme I’d be covering with impeccable print—if I did write a “wrong” letter I’d simply change whatever I’d “intend’d” to say. Pure finickism . . . so pure it topples itself into recklessness. “Intent”: the curse of the dodgy unmusical negligibles.) Whilst . . . copains, &c.—a genial re-welcoming to Aaron McCollough, uh, Dr. Aaron McCollough, who bespot’d me as I dodged into a shitter carrying a Desmond O’Grady book (a dud, oh, leastways, a nullish-zed-nought in the copro-legibility rankings). I recall Tim Reynolds talking about Desmond O’Grady somewhere, no? Friend of Joyce? Blank looks everywhere. What I get for trying out my international poetry fop “look.” Dr. McCollough’s books: Susan Howe’s The Nonconformist’s Memorial and John High’s Bloodline. Solid ’s ein Apotheker, my man.

The edition of Rabelais I’m reading—an oddball thing, yellowing foolscap, no date (though J. Lewis May in the introduction drops 1927), imprint’d “The Abbey Library,” illustrated (rather childishly, sentimentally) by one Frank C. Papé— lists “annotations by Duchat, Ozell and others.” Likeable muddles, notes to notes all higgledy-piggledy. Here’s one for a line about how Gangousier, who “loved to drink neat, . . . would willingly eat . . . together with salt beef and mustard, a good deal of hard rows of powdered mullet called botargos”:

Botargos.] Cotgrave says, are the hard rows of murene, a kind of mullet, salted, and then dried and eaten, to promote drinking.—Miege says the same, in the first part of his great dictionary: but in the second he says, a thick and short sausage, à l’Italienne qui se fait des oeufs et du sang du mulet de Mer. [I suppose he means muge, for that is a mullet, —mulet is a mule.] According to those words of Miege, the botarge is made of the hard roe and blood of the sea-mullet. Boyer’s Dictionary is silent; now hear what Duchat says; in Provence they call Botargues the hard roe of the mullet, pickled in oil and vinegar. The mullet (muge) is a fish which is catch’d about the middle of December; the hard roes of it are salted against Lent, and this is what is called Boutargues, a sort of boudins (puddings) which have nothing to recommend them but their exciting thirst.

End of note. The “boudins” throws me a little. Up to that point I think fish eggs, salty little poppers. Boudins puts up boudin noir (blood sausage, a rich black casing of coagulate) on the imaginary table. That story of needing to “excite thirst” is a little funny, though one supposes that’s why we used to camp near the humpback’d bridges of the Canal Saint-Martin with our Valstars and a paper cone of dry’d fingerling shrimps call’d petites grises, leggy handfuls of salt.

Out of Milan Kundera’s The Curtain:

In cheerful solidarity the surrealists saluted the 1924 death of Anatole France with a memorably foolish obituary pamphlet: “Cadaver, we do not like your brethren!” wrote poet Paul Éluard, age twenty-nine. “With Anatole France, a bit of human servility departs the world. Let there be rejoicing the day we bury guile, traditionalism, patriotism, opportunism, skepticism, realism and heartlessness!” wrote Andre Breton, age twenty-eight. “May he who has just croaked . . . take his turn going up in smoke! Little is left of any man: it is still revolting to imagine about this one that he ever even existed!” wrote Louis Aragon, age twenty-seven.

I think again of Cioran’s words about the young and their need for “blood, shouting, turbulence”; but I hasten to add that those young poets pissing on the corpse of a great novelist were nonetheless real poets, admirable poets; their genius and their foolishness sprang from the same source. They were violently (lyrically) aggressive toward the past and with the same (lyrical) violence were devoted to the future, of which they considered themselves the legal executors and which they knew would bless their joyous collective urine.

That, after pointing out the grotesquerie of the idea of “bands” of old artists, quoting Goethe (the old Goethe): “Young, you are strong in company; old, in solitude.” And pointing to the old Picasso who, “With no regrets, with a hedonistic delight (his painting had never brimmed with such good humor), . . . settles into the house of his art, knowing that the New is to be found not only up ahead on the great highway, but also to the left, the right, above, below, behind, in every possible direction from the inimitable world that is his alone (for no one will imitate him: the young imitate the young; the old do not imitate the old).” So saith Kundera (the old Kundera). Where is that new volume of The Grand Piano anyways?