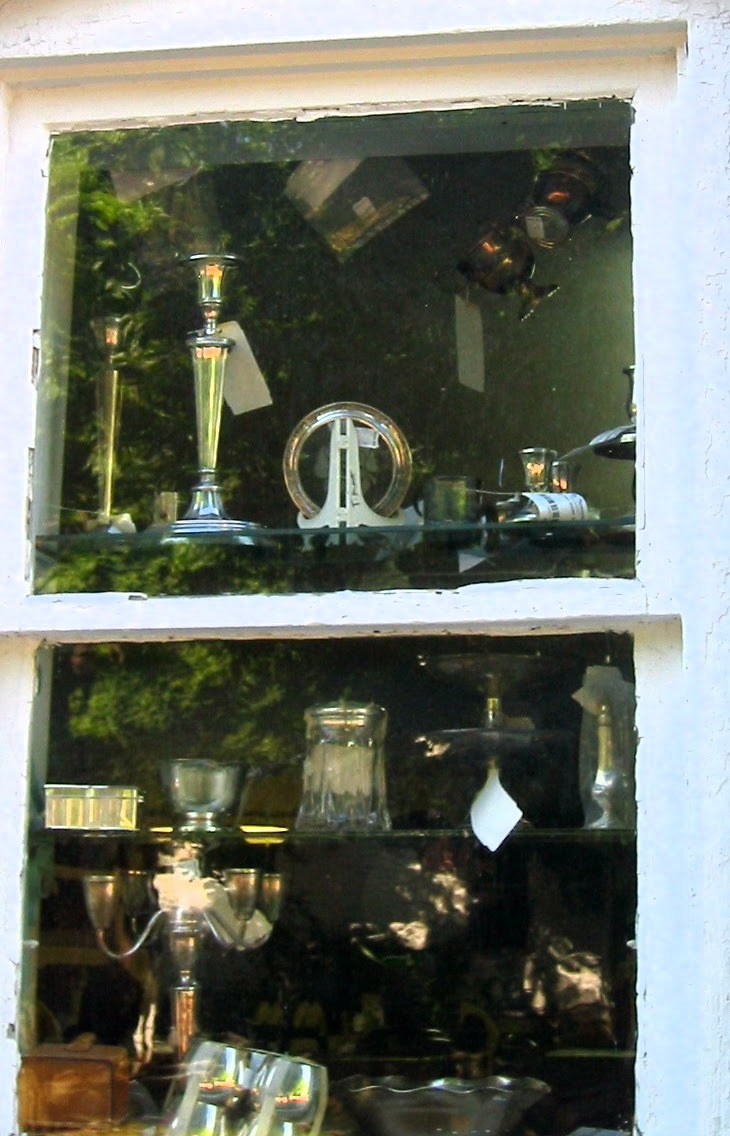 After—in my late “pull” back into the gaudeamus igitur juvenes dum sumus’d realms of the New York School (maybe a school never exists except in the guise (guys) of its epigones—that is, its “second generation”—so that it is nonsense to talk of it before that bunch arrives, or after it’s depart’d into pure (empty) watery dispersal) scouting around (“nostalgia is a fit”) in my copy of Tom Clark’s Stones, I think to examine the 2006 Light & Shade: New and Selected Poems. (My attention to Clark & Co., post-initial gassy enamor, turn’d elsewhere—or simply went wider and shallower—though I do spot a copy of a previous “selected,” the 1984 Paradise Resisted in the shelves—point being, there’s a lot that’s new here. To me, that is, though by the heft of the final parcel mark’d “1995-2005,” I’d bet “to others,” too.) Late poems of a kind of stateliness and sure-handedness, seemingly effortless, capable of gathering in whatever’s there, and of tackling the Big Topics without undue ardor, or smarm. Here’s “Prolepsis”:

A sonnet. I like its measured unstoppable forward thrust, “swiftly,” its momentum, and the balancing acts of its line-ending turns, that “plum” first itself, a noun, juicy, “liquid,” and only becoming a modifier, adjectival, “plum / Tree” by the occasion of the continuing—all the way to the final “join.” It’s a sort of stagger step in the anticipating, makes for a curiously wound’d kind of advance, perfectly human, with a tenderness toward our fraught, human, too short lives. (A tenderness lacking in much of today’s poetry norteamericano, too consumed as it it with eating itself out with terminal irony and showboating.) Prolepsis: (overly fond am I of this, out of a 1550 grammar: “a takynge before, or generall speakynge of those thynges which afterwardes be declared more perticulerlye”), a fine anticipatory rhetorical move to a certain finish.

That talking bluejay (barely cartoonish, in spite of the “wink”) could’ve stepped out of an A. R. Ammons poem with its high folksy philosophical yak about the fate of soul and body. That nod to the “bare ruin’d choirs” of Shakespeare (always, since “The Waste Land,” an Eliotic echo in there “shored against my ruins”) is put up against what sounds like a typical O’Hara line, the kindly and brave and self-deprecating, “These aren’t tears anyway just eye gunk”—that arrangement is obviously wiling to use all the tools in the kit bag available, refuses to stoop to parochialisms, schools, communities, gaggles. What “Elegy” does—in an “era” wherein one’s antennae register innumerable screechings about the “death of the lyric,” or its exhaustion, its inadmissibility, its various ruses—what it does, is flaunt its lyricism with its epiphanic proclamation of a final line: “in this moment there is nothing lost.” Epiphany being a return (“spiritual and alert”) to the present, a spike of clarity, sudden wholeness, as large a part of the processual “order” as any other. In a sense, the poem rhymes with the earliest poem in the book, “Like musical instruments . . .”: “You feel like / / You’ll never feel like touching anything or anyone / Again / And then you do.”

Elsewhere, what I find remarkable in thumbing around in Light & Shade is Clark’s keenness (fearlessness) to use the demotic, the occasional, the liable-to-date (an Ammonsesque trait, again, and B-side to the willingness to hunt down the Big). I think of “Superballs” (“the trademark / Gives the name of a noted maker of balls”), a poem that had to’ve been written within, oh, hours, of the marketing of the Super Ball (Wham-O, 1965, invent’d by chemist Norman Stingley). Phrases, words out of the journalese newstube youthspeak corporate-glom-TV’d wilderness: “getaway package,” “cardboard package containers,” “kissoff note,” “pyrex lid,” “chicks galore,” “bungee cable jumper,” “foodstuffs,” “uncertainty factor,” “cognitive disconnection,” “Easy Street,” “acrylic colors,” “jello mold.” It’s language that is newish, “unpoetic,” everyday, overlook’d. (Ron Silliman uses it too—and noted with approval recently how Linh Dinh’d used “scrunchie”—exactly the kind of thing I’m thinking of.) (A second train’s now pulling into the station: how non-native speakers might be more prone to use (see) such words—I think of Andrei Codrescu’s poems, I think of Nabokov’s delight in product names, signage, etc. The pencil sharpener saying Ticonderoga Ticonderoga Ticonderoga as it chews up a pencil of that brand . . .) 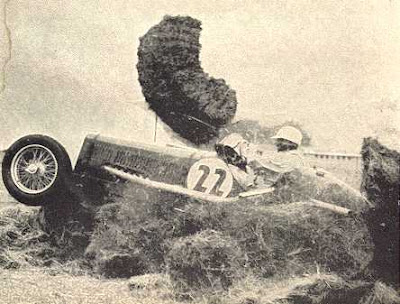 “In the third New Zealand Grand Prix, in 1956, Tom Clark, behind the wheel of a Maserati, lost control and slammed into some hay bales after spinning out at College Corner.”