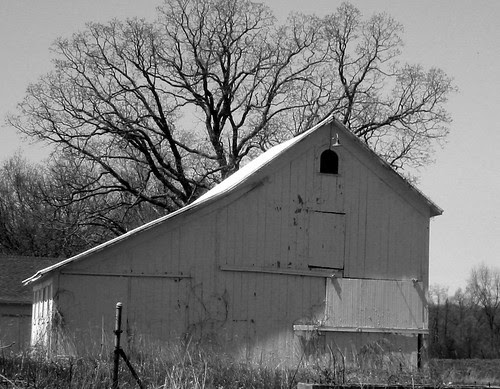 Likely bass under-throb to the summer: Rabelais. It is the book—I snicker to admit—of regularity, tempo-thud, low-ghosting counterbeat to the skittish traps. Lesser, meaning “shorter,” flights’ll interrupt it—and must, for the pleasure of the turning back. As Gargantua puts it: “There is no need of wiping one’s tail . . . but when it is foul; foul it cannot be, unless one have been skiting; skite then we must, before we wipe our tails.” (Skite: out of the Old Norse skíta “to void excrement,” in The Flyting of Dunbar and Kennedie (1508), one plugs the other with “Skyttand skarth, thow hes the hurle behind.”) All—in the Rabelais—a wee meagre serving of what Grangousier labels “this torcheculatife, or wipe-bummatory discourse,” and (“prythee”) prods the big G. to continue. Who dislodges pertinently:

Afterwards I wiped my tail with a hen, with a cock, with a pullet, with a calf’s skin, with a hare, with a pigeon, with a cormorant, with an attorney’s bag, with a montero, with a coif, with a falconer’s lure. But, to conclude, I say and maintain, that of all torcheculs, arsewisps, bumfodders, tail napkins, bunghole cleansers, and wipe-breeches, there is none in the world comparable to the neck of a goose, that is well downed, if you hold her neck betwixt your legs . . . for you will thereby feel in you knuckle a most wonderful pleasure, both in regard of the softness of the said down, and of the temperate heat of the goose, which is easily communicated to the bum-gut, and the rest of the inwards, in so far as to come even to the regions of the heart and brains.

(Montero: “Spanish hunting cap, with a spherical crown and (often) fur-lined flaps able to be drawn down to protect the ears and neck.” Torchecul: “burn-butt.”)

The latest excursion—dashing off in a Hooker green fit of what? botanizing?—Faulkner’s The Wild Palms. Because Kundera point’d at its oddball form—two different stories intertwining, sharing little beyond the book’s spine, and a meaty grimness? Because one thinks one’s “read” Faulkner, and it turns out that’s probably not exactly so: one recalls Sanctuary (the one Faulkner claim’d he wrote because “I wanted to buy a horse and I thought that people made money writing books, so I wrote a book to make enough money to buy that horse”—oh, for the days of blunt answers, long before the various kinds of capital—cultural, academical, snobismical, mescal—muddy’d the puddle) and Light in August (Joe Christmas), both, one thinks, pastimes of a Charlottesville spell of quitting smoking, or quitting drinking, or both, a pastime no different in the cross, jumpy, beleaguer’d circumstance of fighting with one’s grimace-faced needs and howling compulsions than getting in the Subaru Brat and driving up over the mountains to Waynesboro or Harrisonburg, aimlessly stopping in junk shops, or at trail heads (to hike out additional aimlessness), or down two tracks to small bodies of water to throw out a line, or plunge in for a dip. Strict pedantic blind-eyed avoidance. The paranoia of resuming anything like a routine, one particular unshakeable routine. So: books reduced to temporary surface eddies of meaning, soonest swept under. (Or, it is always like that, how little one “recalls,” only then the nicotine fidgets exacerbated it.) Now I read The Wild Palms deafen’d by sentences, under-roil and tensile surface clatter too:

It was as if the water itself were in three strata, separate and distinct, the bland and unhurried surface bearing a frothy scum and a miniature flotsam of twigs and screening as though by vicious calculation the rush and fury of the flood itself, and beneath this in turn the original stream, trickles, murmuring along in the opposite direction, following undisturbed and unaware its appointed course and serving its Lilliputian end, like a thread of ants between the rails on which a express train passes, they (the ants) as unaware of the power and fury as if it were a cyclone crossing Saturn.

There’s something potable there, sentences I read with a sharp intake of breath—impeccable rhythms carry’d out into long, impossible long, tensile extensions without snapping, without needing to snap. (Maybe I only ever read for that—hence the lost books.)

I rarely leaf through the magazines, though I found myself with a New Yorker propped up next to my bowl of oats today, darting my optics at it. Found (in an article by one D. T. Max about the deposit of writers’ archives in the Ransom archives in Austin, Texas) a line out of a letter by Don DeLillo (to David Foster Wallace). DeLillo talking about the way he writes prose being trigger’d by “a sensitivity to the actual appearance of words on a page, to letter-shapes and letter-combinations.” Though he continues (in a manner I find rather contradictory):

At some point (in my writing life) I realized that precision can be a kind of poetry, and the more precise you try to be, or I try to be, the more simple and correctly responsive to what the world looks like—then the better my chance of creating a deeper and more beautiful language.

Capturing the precise look of the world is not equal to making a “good-looking” page of words. The reason, though, I note it, is that I’ve never seen any writer admit to such malarkey. It’s always “sound.” Nobody ever says, “his” is such an ugly word—I refuse to use it. Or, I put “Nijinsky” in because that row of dottings makes my heart beat fierce as a goon. (Foster Wallace quips back: “I found your comments on the physical architecture of clauses and words and letters real interesting and yet identified with them not one whit. I think I’m maybe 100% aural. My eyesight’s really bad anyway.”)