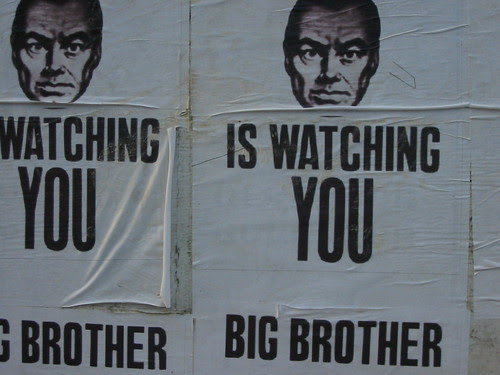 Milan Kundera in The Curtain:

. . . historical consciousness is so thoroughly inherent in our perception of art that . . . a Beethoven piece written today . . . would be spontaneously (that is, without the least hypocrisy) felt to be ridiculous, false, incongruous, even monstrous. Our feeling for continuity is so strong that it enters into the perception of any work of art.
Jan Mukarovsky, the founder of structural aesthetics, wrote in Prague in 1932: “Only the presumption of objective aesthetic value gives meaning to the historical evolution of art.” In other words: in the absence of aesthetic value, the history of art is just an enormous storehouse of works whose chronologic sequence carries no meaning. And conversely: it is only within the context of an art’s historical evolution that aesthetic value can be seen.

Dandy, up to the point one asks, “What history?” Rather like David Antin’s claim that out of the modernism one begins with (“wants”) one ends up with the postmodernism (one deserves). Or how Ezra Pound, “living in American time,” miss’d “the fundamental direction of French (or European) poetry, a growing hostility to and finally hatred of literature”). Kundera himself, who’s engaged in rescuing the novel out of the nineteenth century abyss of the ever-plausible Balzac’d “manners and moeurs of an unmistakably defined social milieu,” argues for two precisely opposing histories of modernism in Europe:

What was “modern art,” that intriguing storm of the first third of the twentieth century? A radical revolt against the aesthetic of the past . . . obvious of course, except that the pasts were not alike. In France modern art—anti-rationalist, anti classicist, anti-realist, anti-naturalist—extended the great lyrical rebellion of Baudelaire and Rimbaud. It found its privileged expression in painting and, above all, in poetry, which was its chosen art. The novel, by contrast, was anathematized (most notably by the surrealists); it was considered outmoded, forever sealed into its conventional form. In Central Europe the situation was different: opposition to the ecstatic, romantic, sentimental, musical tradition led the modernism of a few geniuses, the most original, toward the art that is the privileged sphere of analysis, lucidity, irony: that is, toward the novel.

Rainy day, continual yip of some pug down the street. Patter and ping of eave-gather’d drops against the down’d gutter in the mud. Why bother with argument? Exegesis. Syntheses for the jackdaws who love to slam against the mossy shutters. The starlings. I like how Henry Fielding call’d himself “the founder of a new province of writing . . .” and sneer’d at the “swarm of foolish novels and monstrous romances” cropping up all about. What he want’d to do: find out (inventio) “the most unaccountable of all the absurdities which ever entered into the brain of that strange prodigious creature man.” He call’d Tom Jones “prosai-comic-epic writing” and point’d to “human nature” (just about everything) as the object of knowing, a knowing he defined as “a quick and sagacious penetration into the true essence of all the objects of contemplation.” A kind of “we’re just jammin’” approach, akin to any improvisatory bent. All to lend (dotter forth) the hint that those who pshaw off (paw off) the novel (as a form) ought reconsider: shuck of the demands of story and plausibility, amp up the rude Magoo’s of wit’s penetralia (I mean, get down in the dirt a little) and stretch it out ’s long ’s one is able—and one’s got a bag’ll contain a “big poem plus.” I call my novel Isola di Rifiuti. “Irregular musketry” of raindrops against that damn gutter in the mud. A man ought to fix broken things.

Under the motif of the ethic of the essential as opposed to the ethic of the archive (“The archive’s ideal: the sweet equality that reigns in an enormous common grave.”), Kundera notes how “literature is in the process of killing itself off through an insane proliferation.”

Under the motif of how the young’uns get fangy around the old’uns: Kundera reporting how bald soprano Eugène Ionesco, in 1935, still in the rhinoceros-embattled streets of Romania, “where the churches lean east and the tongues point west,” wrote a pamphlet against Victor Hugo (call’d The Hugoliade,):

The first incident I recall of youth’s distemper: the punk Malcolm M. circa 1978, studying Chinese, aficionado of The Slits, The Plasmatics (with Wendy O.), The Buzzcocks, hated the pointlessly old Mick Jagger. Five years later he call’d me up to say he’d decided to go to the University of Arkansas “to study rice.” Hunger studies.

Out to dog the dog in the rain. Under the broken wing’d black umbrella, the “anhinga” umbrella. Thinking, “what used to be phenomenal is now ephemeral.” How one could get built a piece out of something like that. Thinking, à quoi ça sert, la poème? What purpose’d a poem serve, if not to embeast me m’embêter? Although, honestly, I am nearing the ragged-off edge of the minimally hearty feat of self-amusement, a measure of something. Honestly: why would you want to write a poem? (“You used to be a phenomenon, / I see it in your ephemera.”) Honestly.

Completed: Paper Tiger. Olivier Rolin: “Being modern means trying to sabotage the clichés of one’s era.” Perfect. Nothing to do with chronological leapfrogging, rather with honorable contempt, anything but the self-satisfy’d present state of things. 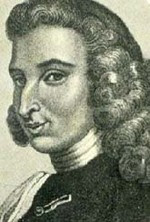