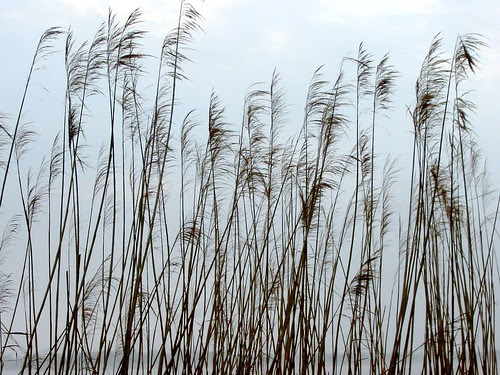 And one day one recognizes the source of the recurrent restlessness: it is the sudden latch into screw-eye—ominous minuscule click—of a reader (any reader) coming in out of the glare of the sun-doused patio, fastening the screen-door behind, swimming brazen-headedly up out of the whited-out morass of “all readers,” (meaning: no readers.) Author of the thunderous ongoing recitatif, the spiv recital, its shill featurettes and occasions, one gathers up the toss’d down reins of one’s restraint, hauls up against one’s recklessness, chomps anxiety’s bitter bit. Is that true? Now that I’ve writ it out large, chemically enabled some kind of sepia’d physiognomy to emerge as if out of the blank page, I am less sure. Replacing the reader with a reader of one’s own making. Everybody cozy now. Audience: It must be abstract. It must change. It must give pleasure. “This is a facile exercise.” (Or, later, one stumbles over a report of Federico Fellini’s later works, post-Amarcord, “antilyrical,” “antimodern,” “disenchanted” with the beastly contemporary world, “no longer obligated to anyone, he savored the ‘joyful irresponsibility’ (his words) of a freedom he had never known before.” Another “reason” for the chameleonic reversibles of the masters: to leave audience in the lurch.

The choicest thing: to lose oneself in a bang’d up frenzy of sun, “Washed in the remotest cleanliness of a heaven / That has expelled us and our images . . .” The improvidences of Stevens age for us well, like isometrics, a whole category of self-imposed (self-battling) calisthenics. That plucky willingness to attend to the barely audible: murmurs and proofs of winters and porcelains and Tehuantepec. That willingness to cane away at the implausible, in a regiment’d kind of fuggery for basic unsettlement. Unappeased by objects, always looking to objects (objects tally’d and sort’d like oysters, fines, spéciales, fines de claire, spéciales de claire) for appeasement, a way of getting the world to deliver up in return the countless unaccountable desires one dubs it with. “All sorts of flowers.”

Peckish with aesthetic consternation, that’s no way to be. Halt at the hill-brow, a sand ridge, a toy village is out there “in the offing,” a hazard, squarish huts topped off with pure antenna’d bristle. Say it’s a place placeable and history’d, an armature of one’s republic’s own (armature). Say it’s in another country. Montaigne, against another’s urging that he write of the present, the ineffable political present:

. . . even for all the glory of Sallust, I would not take the trouble, being a sworn enemy of obligation, assiduity, perseverance; and that there is nothing so contrary to my style as an extended narration. I cut myself off so often for lack of breath; I have neither composition nor development that is worth anything; I am more ignorant than a child of the phrases and terms that serve for the commonest things. And so I have chosen to say what I know how to say, accommodating the matter to my power.

Rather like fitting the saying to one’s music. Nothing “formal” about it, nothing “moralist” either.

A cold morning invading. Glockenspiel bicycle. Pawing through some Dorn (The North Atlantic Turbine) with my Cheerios. Thinking about the moralist in Dorn, a moralism that finds outlet in savage satire. Thinking, is there a split unconsider’d between the moralist who finds “mere” form contemptible, and the formalist who disdains the (“old form”) rabble-rousing with a kind of plus ça change hoity-toit? Dorn’s forebears: the Old Testament prophets, the ringing changes of the King James, no? Listen to the opening of “Self Criticism,” out of Abhorrences:

I accept the present emporium
for my own, individual good.
I have been striving to become miserly
in all I think and do so that I,
and those few who look to me
for their protection, shall not
be alienated through my recalcitrance.
And I will not be tempted to consider avariciousness wretched,
I shall not wince or shudder
at happy talk, for even as I know it is vapid
and inane, still it is better that its users
be spared the dark tribulations
which might otherwise occupy their consciences
and distract them from their self-righteousness.
And I promise not to consider self-righteousness
in the old aloof and superior way
which was formerly my wont.

Whose “happy talk” is that? Whose “self-righteousness”? Maybe not only the obvious “I’ve got mine” SUV-ers, trailing fat sausage links of industrial-strength waste behind, lapdogs and laptops invariably lap-bound, breezing through unrefinedly, unreflecting, unreft (and unbereft), in monstrous despoliation. And if, in a particularly immoral “era” (it’s been going along for centuries . . .) one’s concern is “right form”? Isn’t that likely to be abhorrent to a moralist? (I am trying to picture a different cut across the fine-grain’d stump of American poetry, one that posits moral / satirical rage against blithe amoral (at best) formalism.) Somewhere Dorn talks about the roots of the Constitution, “its one eye / on property and religion, the twins—envious, / covetous, jealous and mistrustful / timorous, sordid, outwardly dissembling / sluggish, suspicious, stubborn, a contemner of women, / a close lyar, malicious . . .” That one eye (in some poetickal circles) making property of turf, lineage, market, making religion of form, theory, device . . . Bah. 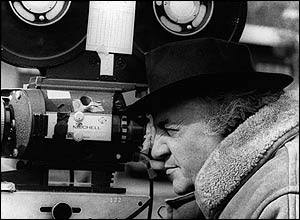