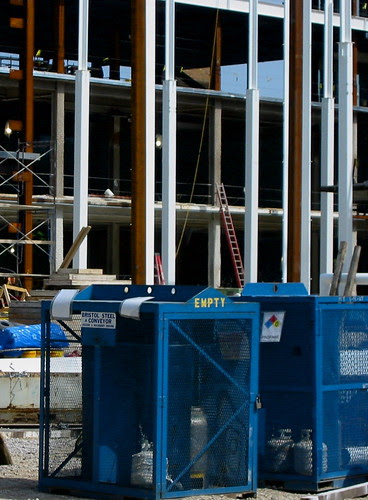 I went to Olson’s letters to Frances Boldereff looking for Hart Crane—a hunch thwart’d: nothing. And then, the way one puzzles around, scraping little cheek samples here and there, gummy swabs for a “culture”—found Boldereff saying “I love very deeply—the lines at the opening of Call me Ishmael. Are they early Swedish?” Oddly rhyming (to the point of the mimick’d lack of majescules in the titular me) with Susan Howe’s query to George Butterick (in Stephen Collis’s Through Words of Others):

They are Early olson

Referring to Victor Bérard’s Did Homer Live? (English’d in 1931), a book the original pissaint scrapper (and eye-scratcher) Edward Dahlberg’d recommended to Olson. So: Olson “sone” to “fahter” Melville, that’s one thing. Another is, what plethora (or essais manqués) of epigraphs be gingerly dandled inventions? I recall William Matthews explaining how he “just knew” that somewhere someone’d written something “like that,” and so invent’d one Jean-Philippe Butron, and had him write an epigraph to Matthews’s poem “Becoming a Woman”:

The poem itself is rather negligible: “I feel like / a moon in a sack, a bass / bent against the current like a leer / a dog with a cold rope.” Always loved the Butron though.

My strong sense of copycatting thereat proves a dud (I leaf my pages). Though I do come up with the unattributed, italick’d kicker to my longish “For Katherine Yih” (in Rubbing Torsos):

Two plums ripening in a dark room
Or two clouds making galactic noise—any duality beyond
A mere numeral contrapuntal, any complaint
Of this universe.

Though, frankly, typing it—I think its “original” is the five italick’d lines of O’Hara’s “Two Variations”:

Earlier title: “To Edwin,” dated New York, February 1953. The five lines exist under the title “Poem” a few pages previous to “Two Variations” in the Collected. There’s something thrilling (if fastidious, if “liable to short the circuitry”) about “talking back” to one’s own epigraph. (A variation: the circuitry available for frying a red hot synaptic wire or two by writing a poem call’d “A Poem Beginning with a Line by John Latta.”) (I mean if you be me.)

One obvious volume to examine: Doubled Flowering: From the Notebooks of Araki Yasusada, edited and translated by Tosa Motokiyu, Ojiu Norinaga and Okura Kyojin. I clap my hands—three thunderous blows—and it slides out of my bookshelf (it’s misfiled in the J’s for reasons unbeknownst, right next to Laura Jensen’s Bad Boats) and, vertically and noiselessly flying to within inches of my opticks and, with something like a Jane Avril skirt-hiked leg-kick, saucily opens to its epigraph. What is there: an “undated entry, in looseleaf, found inserted into a copy of Origuchi Shinobu’s Book of the Dead,” by Araki Yasusada himself:

In this novel before me there is a painting in a book the protagonist is reading, in which a woman holds a mirror. Behind the reflection of her face is the reflection of a mountain, made tiny by the distance. I wonder what she could be thinking, thinks the protagonist, looking up from the book. I wonder what is happening on the hidden face of that mountain in the mirror . . .

A sort of rogue Borges engorged. Juggling forks. (Is it of any import to know that Book of the Dead is Shisha no sho in Japanese? Sheesh, is something “hiding” there?

I’d intend’d something completely different. A kind of squalid wail about Olson, the morass of Olson. Because looking into the letters that’s how it seem’d, as if I were being pull’d down into a suckhole, entrant to a fiery cave of capital dimensions, throwing off sparks into tinder ungatherable. One supposes it’s simply the tender heart of the “archive” beckoning, all the ways that the “chase” is never linear, always a spheroidal explosion, continuous, with each particle thrown off exploding ad perpetuum. Victor Bérard (in 1929) retracing proposed routes of Ulysses in The Odyssey, identifying the fictional stops. Another morass. Olson saying Merce Cunningham’s saying “the meaning of movement is inherent in its own nature”—that’s the archive too.