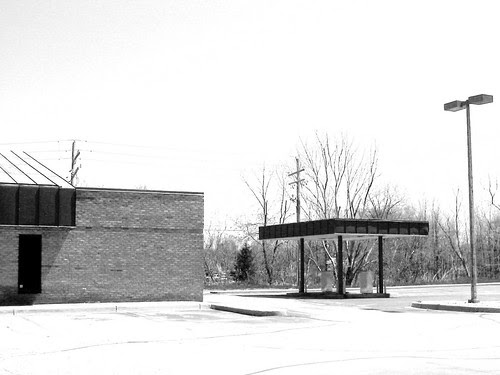 No incompetent misreading contretemps, “pal.” Any mention of competence assumes dynamics operable only in a groupuscule; an isolated competence is, by definition, meaningless. Of course one slings it negatively (insert obligatory “duh” for the comedic “set”); to sling it at all reeks of “standards”—toeing the line, or not toeing the line, same diff (which does not mean même combat).

Funny how what’s pertinent arrives (a gratuity, a fortuity) to plug the breach (to patch the britches). Scoop’d up today (out of the ragman’s rabble of archives freshly trundled forth) a book by Stephen Collis, Through Words of Others: Susan Howe and Anarcho-Scholasticism (ELS Editions, 2006). Mark Scroggins’d gone to bat for it a couple months back, so I field’d it, a one-hopper. Second laugh-blast in’s many days seeing the cover-image: detail out of a page of Charles Olson’s “annotated copy of Letters of Emily Dickinson, ed. Mabel Loomis Todd.” Scraggly underline to Scholar Dickinson’s line (in a letter to Col. T. W. Higginson), “Meeting a bird this morning, I begun to flee.” With Olson’s scrawl’d comment: “She fled a bird.” The note’s tone a complete mystery—disgust’d, amazed, chiding?—as is its foreseeable use to Olson. Though, in a letter Susan Howe writes to George Butterick, included in a “selected correspondence”—she says of Dickinson: “Olson disliked her.” Butterick’s reply:

Emily Dickinson. I don’t think Olson despised ED. She was just hardly in his ken; not his kin; irrelevant, in important senses, to a young man who had no father’s garden, whose houses were always rented houses. There was something for a young man, an immigrant’s son, coming of age in Depression America, that required a larger life-form than she was able to give, obviously enough. In my own growth, she was something exquisite—but I also needed the thunder and sprawl and rambunctiousness of Hopkins and Christopher Smart. “There is no frigate like a book” is simply not the same as the spermaceti blood-streaked slimy workingman decks of the Pequod. The distillation of ED, no matter it was dew and sparkling and heady as vaporous wine, was insufficient as a role-model.

Butterick broaching class amongst other things. Everywhere a manner’d quietness about class in norteamericano poetry. How’d a cross-map of class distinctions display overlaid against, say, Ron Silliman’s dodgy Manichean categorying? What class is Susan Howe? What class is John Ashbery? Is it arguable that the nineteenth c. hoity-toit New England transcendentalists versus the hoi polloi rabble “elsewhere” continues “even today”—is the unsung story of “our” writing? (Thumbing, I see Collis troubles—in a part of the book titled “A Lexicon”—notions of poetry, property, possession, things approximating, one thinks, class attitudes. He quotes Howe saying “Poetry is never a personal possession” and “Categories and hierarchies suggest property. My voice formed from my life belongs to no one else. What I put into words is no longer my possession.” A slim book liable to point one off dashing—in countless directions. Hauling down—just this morning—the Boldereff / Olson correspondence to see if the big O.’d writ anything therein about Dickinson . . .)

And the breech-plug? the pertinency? Collis, pointing to the ways “American anarchism has tended toward the individualist (as opposed to collectivist) end of its ideological spectrum” quotes Melville’s Moby-Dick:

They were nearly all Islanders on the Pequod, Isolatoes too, I call such, not acknowledging the common continent of men, but each Isolato living on a separate continent of his own. Yet now, federated along one keel, what a set these Isolatoes were!

And puts against it “Thoreau’s even slimmer imagination of the possibility of collectivity” (out of Walden):

But for my part, I preferred the solitary dwelling. Moreover, it will commonly be cheaper to build the whole yourself than to convince another of the advantage of the common wall; and when you have done this, the common partition, to be much cheaper, must be a thin one, and that other may prove a bad neighbor, and also not keep his part in repair. The only cooperation which is commonly possible is exceedingly partial and superficial.