Pee in the Cereal 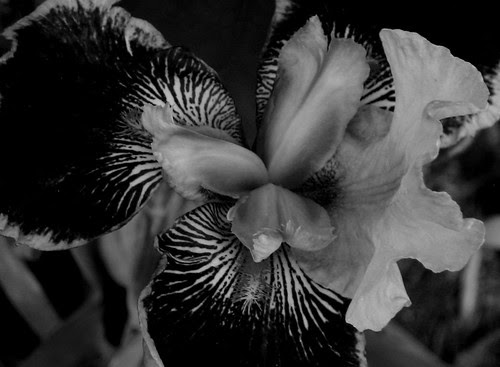 Leave it to the age of rampant (Republican) “standards” testing (partout, the schools, in particular, riddled with it) for poets to begin talking about “competence.” More of the addled “scientism” of letters. (Fits precisely with the statistical (rarely) or merely numerical approach Ron Silliman substitutes for the harder thinking of source and effect and meaning: trotting out some numbers no matter what the reputed bug under the lens always looks like “measured consideration” no matter how hideously inappropriate.) My druthers—when it comes to poetry—is for the sprocket’d badinage and viscous bave-drool bavardage of the idiot: go measure one single string of sputum dangling off that lip. It’s astonishingly elastic, it’ll zip up again like a yoyo. One nudge, it retracts in denial like a snail’s antenna. Immeasurable, incontinent, incompetent. Or my druthers is for the fleet animadversions of the crank’d street soloist hustler. Measure that hurlage in a “timely” manner—that is, with the “instruments” of the “era.” Never forget Coleridge: “No work of true genius dares want its appropriate form, neither indeed is there any danger of this.” He continues, suggesting what’s necessary is that one proceed under “laws” of one’s own. Which, by any definition, means “incompetently.” Unsuitably.

Hart Crane: “The function of poetry in a Machine Age is identical to its function in any other age; and its capacities for presenting the most complete synthesis of human values remain essentially immune from any of the so-called inroads of science. The emotional stimulus of machinery is on an entirely different psychic plane from that of poetry. Its only menace lies in its capacities for facile entertainment, so easily accessible as to arrest the development of any but the most negligible esthetic responses.” Which is approximately where “we” be today, stuck in the burgeoning land of the poetry of arrested development. (Jennifer Moxley nails the “phenomenon” in her wonderful fifty-ways-aphoristical chapbook “Fragments of a Broken Poetics” (Impercipient Editions, 2006): “Poets whose readings lead us to believe ourselves part of a spontaneous and instinctive consensus have left poetry behind. Perhaps for the better.” That acid tag “Perhaps,” its left-handed poke into the rah-rah oblivious . . . One other to note—I cannot help it: “The idea of audience is a nuisance born of the need for spectacle. Poems haunting the precarious dialectic between existence and extinction do not need it. Their magic is dependent on the private experience of separate individuals.”)

The menace of “facile entertainment”: see today’s gee-whiz hoo-hah guffawing techno-gizmo kids. Little to nothing and nowhere pointing to, oh, the Gitmo kids, the dead kids, the unleash’d careless roars . . . No, “appropriate” (thieve)—the poets say—and “be inappropriate” (childish, stupid, “I call him Vladimir”)—more aping of the Bush Age’s dopey indifference coupled with rampant avarice and cupidity. It is not charming.

For Crane on “competence,” see the line about Whitman: “His faults as technician and his clumsy and indiscriminate enthusiasm are somewhat beside the point.” And if one peruses Crane with a tender and patient eye—an eye I, for one, am not unfailingly equip’d with—, one’d say the same:

The nasal whine of power whips a new universe . . .
Where spouting pillars spoor the evening sky,
Under the looming stacks of the gigantic power house
Stars prick the eyes with sharp ammoniac proverbs,
New verities, new inklings in the velvet hummed
Of dynamos, where hearing’s leash is strummed . . .
Power’s script,—wound, bobbin-bound, refined—
Is stropped to the slap of belts on booming spools, spurred
Into the bulging bouillon, harnessed jelly of the stars.

Preposterous stuff. (Lines out of “Cape Hatteras,” being the fourth part of “The Bridge.”) Monstrous metaphorical mash-ups forcedly made. Laughable impossibles under a wholly un-ironic sun. Writ under the grimace of the attempt’d true’d, a damnation to put it down right, the country busting forth into its initial phases of gigantism. A nigh-imbecilic “project.” Though: what other norteamericano poet ever caught the early twentieth-century mix of stratospheric aims and grit industrial spunk, yearn and leash, jelly and spoor, the sense-addling stink of “progress”? Think bridge, dam, depot, pylon, skyscraper. (Today, that gigantism’s gone off haywire, think of the gigantism that island species—lacking predators, all constraints removed—exhibit. Think of some of today’s norteamericano poets as ectothermic megafauna, cold-blooded, saurian.)

Ah, vitriol. Sleepless, turn’d to the Faulkner. He’s got it, of love continuing through habit, lives adjusting to the stark adamant demands of merely getting by, sour’d by routine bourgeoisesqueries, a man says (The Wild Palms): “I realized what we had got into, that the starving was nothing, it could have done nothing but kill us, which this was worse than death or division even: it was the mausoleum of love, it was the stinking catafalque of the dead corpse borne between the olfactoryless walking shapes of the immortal unsentient demanding ancient meat.” Whoa.