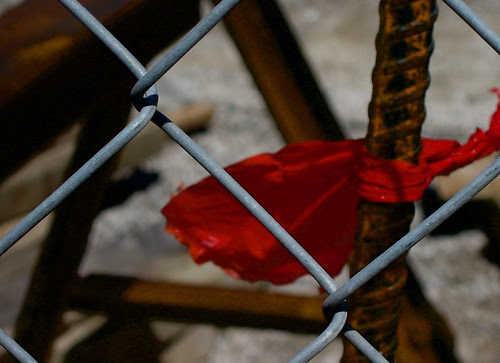 I like how—in Jay Wright’s biographical note in Music’s Mask and Measure—he writes that, just after high-school, he “played for two minor-league ball clubs—Mexicali and Fresno—and spent a minute in spring training with the San Diego Padres of the old Pacific Coast League.” It’s that “minute” that thrills me (though the mention of Mexicali, that border town, twinned with Calexico, where I first enter’d Mexico, aimlessly driving the dry hills adds a pleasant memory-smudge). “Minute” is precise with a knowing imprecision, it’s calculatedly inexact in order to draw down the imaginary into it (here, all the lost baseball possibilities—in retrospect, rather laughable, or accept’d—gone in a “minute”)—the word fills up with information a more serviceably “precise” “lexical substitution” (“a few days,” say, or, “one afternoon”) would not allow. My reading of Music’s Mask and Measure is that it is (partially) “about” exactly that kind of substitution.

The book is divided into five parts—titled “Equation One,” “Equation Two,” and so forth. Each part consists of a handful to a dozen short—five or six lines—pieces, untitled, spare, “slant,” often near-aphoristic. The pieces in “Equation Five” are longer, though of similar ilk, and concern. Here, the final two:

All song is bent
by a silent measure;
a dancer’s foot
is a luminous disk in flight.
This song is an open field,
and a fibrous exploration
where the voice feels braced
by its own fluidity.
We will hope
that this dancer’s body flows
with the expansive ambiguity,
all substance safe, all passion tempered.

Walking on East Palace,
those who sing find themselves oppressed
by juniper’s shadow.
That sentence is logically true,
if, and only if,
the inoffensive crocodile remains
a lexical substitution.
The answer lies in carbon-rich clay
and the thin significance
of the insignificant body.
Say that this relational apprehension
has nothing to do with the world,
or the molecular complexity
of juniper’s shadow,
and that the inoffensive crocodile swims
toward its lexical disaster.

Rife the ambiguities: it’s a poetry that proceeds by churning up possibilities, working the ear for material, or clothing things differently—making stabs at a “relational apprehension” of the world, all the whilst fully acknowledging the impossibility of any complete apprehending. I love the “bent” song “where the voice feels braced / by its own fluidity”—“braced” meaning strengthened, held in, girded up, buttressed, embracing, exhortatory, made brash, all of that—and all of that by “fluidity.” The range of semantic flowering in the relational positing of the three words, voice, braced, and fluidity, is extraordinary, as if the tiniest monocotyledonous grass flower suddenly blowz’d up big as a peony. One is in a world of immeasurable dimensions, with shifts of scale apt to occur with the mere substitution of a word: out of the molecular handiwork of a shadow, all the way out to the “disastrous” stars.

The poems in Music’s Mask and Measure read like distillations, won out of long study, buoy’d up by casual arcana: “tau,” “the attributes of lotus,” Nicholas of Cusa, Seneca, “thermal equilibrium.” The first book of Wright’s (b. 1934) I ever encounter’d (early ’seventies) had to’ve been The Homecoming Singer (Corinth Books, 1971). (“The tart sun, / like a pink six o’clock grapefruit, / bursts over Guadalajara.”) And I’ve kept a ragged lookout over the years—curious about Wright’s reaches down into the belly of esoterica. (And been somewhat overwhelm’d, too, by it.) Here—in the condensare—what Wright calls in the first piece “that stable density of one / and one, the urgent displacement / that nurtures light”—I see a way back, the way late stripped-down works so often point.

Here’s a final three, out of “Equation Two”:

The oriole has established
an evasive coherence,
infinite, exact
with its place, there where
the day seems set to honor
the bird’s expressive deceit.


Logic always
fails that Carolina wren.
The propositional
exactitude
of a certain absence
draws fire upon its wings.


The bird knows itself a strict
proposal of faith, a ground
state that moves without
an absolute space.
Grammatical bird, attuned
to roots and implication.

Which reminds one of, say, Duncan’s “radicals” or—just encounter’d—Olson’s “roots” in a letter (1954) to Irving Layton, relating how he’d sent some lines to “Bill”—Williams, it seems—about the attributes of what Olson calls “messiness,” though in conjoining it to a notion of Merce Cunningham’s (“the meaning of movement is inherent in its own nature”), it seems to point equally toward “faith,” “origin,” “a ground / state.” Olson:

whatever you have to say,
leave the roots on.
Let them dangle.

Just to make sure
where they come from.

The sun hung up there too long, getting the look of a dingy slug, something stamp’d out with a punch and pocket’d, carry’d about slapping against a pocket’s truck, jackknife, wingnut, screw. It’s an ancient delivery system—pocketa pocketa—a dynamo, gearings a little rust-encrudded, putting a lopsided throb into its light. Meaning, one thinks, that a large part of the pleasure of reading Faulkner is how it inhabits you, how cleanly it slices in next to the inculpable bone to direct the musculature in its own borrow’d rhythms and sighs. Just to note a concluding—how memory goes with the meat:

But after all memory could lie in the old wheezing entrails: and now it did stand to his hand, incontrovertible and plain, serene, the palms clashing and murmuring, dry and wild and faint and in the night, but he could face it, thinking, Not could. Will. I want to. So it is the old meat after all, no matter how old. Because if memory exists outside of the flesh it won’t be memory because it won’t know what it remembers so when she became not then half of memory became not and if I become not then all of remembering will cease to be.—Yes, he thought, between grief and nothing I will take grief.