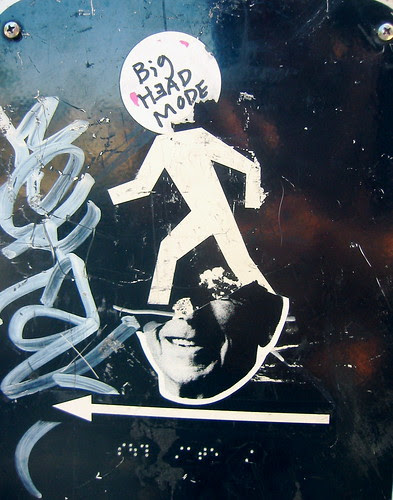 I put down Ted Berrigan’s “ear”—though the eye havocs around equally in (what’s loosely call’d) “homophonic” translation—the “beanery” row I be poised to hoe. (I say “beanery” in deference to Mr. Pound—not because I am about to count anything, I am, though, about to get down in the fescue of “the scholarly.” I went off “into the stacks” looking for the mirth-cache’d and plausible minimalism of Signor Ungaretti, particularly Vita d’un uomo, with the aim of outing the particular pieces Berrigan trampoline’d off of in writing some of the smarm-booty in the sequence call’d “Life of a Man” (in the 1970 In the Early Morning Rain, with a hasty sketch by George Schneeman—radiator with steam rising—kicking off the section). (Also in the Collected. According to a note therein, two other pieces in the sequence appear’d originally in Bean Spasms (1967)—“Long Time No See,” and “Que Sera Sera”—“discarded from this second version.” No “collected” ever collects completely.)

Scouting around. Here’s what I decided, probably too quickly. I find no Vita d’un uomo except for a 1969 collected works publish’d by Mondadori under that title. Subtitled Tutte le poesie. (Though, “big” though—I do find evidence of a 1939 French translation (Gallimard) of Vie d’un homme: somewhere—early—Ungaretti must’ve clump’d together a batch under the Vita d’un uomo title.) In 1958, a loose collective of publishers (Hamish Hamilton, New Directions, and Scheiwiller [Milan]) publish’d a (bilingual) book titled Life of a Man, “a version with introduction” by Allen Mandelbaum (subsequently known for ’s Dante translations). I suspect Berrigan cribbed out of a copy of that.

Here’s what I found. Out of Ungaretti’s “Allegria di Naufragi”—

The torpedo was friendly
it buggered us

The climax came later
In the water
Near a sea-horse

Come (“like” or “as”) becomes “Come!” becomes “Mayday!” (distress signal international). Subito to “torpedo” and riprende to “friendly”—broker’d by a slant ear. Viaggio to “buggered”—viddying the double gg’s. How much cross-glancing is going down? —Lots. (Though post-“buggered” and comic “Mayday!” Berrigan “goes off by himself”—indelicate phrase—and is almost obliged to pull “climax” out of a hat. The sappy-pathos of “Near a sea-horse” is undoubtedly then just commonsensical, postlude to comedy. Here’s the facing page translation by Mandelbaum:

Tooting My Horn on Duty

This was my unhappy childhood

What begins in a “straight” homonyming manner (in the title and first line) veers off inexplicably. (How’s “Made my name mud” render’d out of E non potrò mai?) The “nose” motif gets its direction finally with “PU” (you stink), unmusicking “Tooting” and “horn” in retrospect. “Nosebleed” for grido is aural and visual nonsense, however the poem itself’s now calling the shots here. Thus notti becomes “nose” and—later—“nosebleed.” I like how “rammed into a chestnut” come up out of me rammento che esultavo amandoti, seeing “almond” in amandoti, close enough to chestnut. (Though, mid-typing: che esultavo pronounced under English rules gets one to “chestnut” quicker.) “Vitamins” out of vita non mi—another delight, a mostly visual giddy traducement. The final line—“unhappy childhood”—Berrigan sneaking a look again at the facing page. Here’s the Mandelbaum version (what looks to reach back a century, searching for sonic substitutes):

All Have I Lost

All have I lost of childhood:
Never more in an outcry
Can I disremember me.

I have buried childhood
In the nights’ profundity
And now, a sword invisible,
It sunders me from all.

Of me do I recall that I exulted loving thee,
And behold me lost
In the nights’ infinity.

Desperation that augments incessant,
Life is nothing more to me,
In the depth of the throat arrested,
Than a rock of outcries.

One more, though I’ve track’d down some others—the longer “On the Road Again” with its dedication to Guiseppe Ungaretti (d. 1970, later than I’d imagined) out of In Memoria. Is it possible to look at the poems “outside” of the occasion of their making? With the “original” Italian trappings shuck’d off, left in a heap? (Is such a thing possible for any poem—there’s that Olson again, with the irresistible (because impossible) admonition: “whatever you have to say, / leave the roots on. / Let them dangle. / / And the dirt. / / Just to make sure / where they come from”) First—in an attempt to see it unmuss’d by source—the Berrigan:

She kissed the poor fellow
On his belly

He snaked her carcass
Around a finger
Like a bowling ball

Come and get it!

Which doesn’t muster up a whole lot of “fun”—I don’t think. Is that a troublesome mite of misogyny in the “carcass” image?—saved by the snake to “bowling ball” transmogrifying? The “Corregidor” I entirely miss—Philippines island, Spanish magistrate, “out of my cultural kingdom.” Against the original:

Wherein one sees how fango deliver’d “snake” and the now brilliant “bowling ball” emerged out of spinalba. Among other things: ore e ore equals “ai yai yai.” “Idiot” perfect for nebbia. One difference: here it seems unlikely that Berrigan attend’d to the Mandelbaum (presuming that’s the source) at all. For “completion” only, here it is:

Beyond,
a searchlight
sets a sea
into the fog

(I do like how that “sets” posits the sea—as if it were a gem into the annular fog.) “Writers, you need but another text / to give you courage . . .”