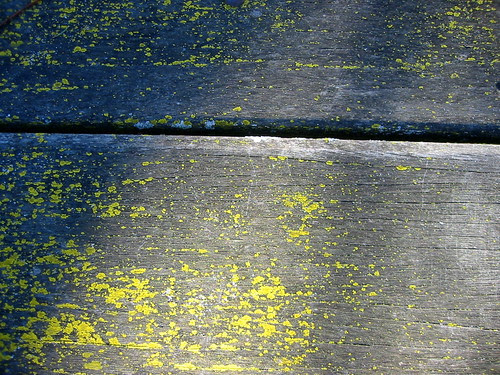 I note that I ’s so “took” by the Merce Cunningham line about movement that I bleat’d it forth double-entry style, one credit, one debit, spanning two days. Which being which, aucune idée. Damnably hot hereabouts, as if to say That explains it. Nothing is ever explain’d—it is only ever “related.”

I see that Charles Wright’s Littlefoot is out, a single poem in thirty-five parts—the final excursion an unmusick’d iteration of Alvin Pleasant “A. P.” Carter’s terrific song “Will You Miss Me When I’m Gone.” (I hear Wright saying, “I’d never seen anybody do that before, so I thought I’d see what it look’d like”—or some such—what he reply’d to a query about using one singly Italo Calvino Invisible Cities quote twice, for two parts of China Trace.) Carter:

Perhaps you’ll plant a flower
On my poor, unworthy grave,
Come and sit alone beside me
When the roses nod and wave.

I love to see “Notes”—who’s reading what, what the triggers be. (Habitual with Wright, I think, starting with Bloodlines? Full steam, certes, by The Southern Cross, and in what book the lovely photograph of all the postcards—mostly paintings—tack’d in the gazing space above a desk, Sudek, Morandi, Twombly, Blake.) Here, The Nag Hammadi Library, Wang Wei, Wallace Stevens, Guiseppe Ungaretti, Bob Dylan, W. G. Sebald. The Ungaretti I know: Wright mark’d it (cherish’d it, talk’d it up) for difficulty of translation:

And Wright, towards the end of Littlefoot, after noting “Shadows like Franz Kline from the spruce trees” (a “relating”: Elaine Equi’s line about Martha Graham—“With your spooky / Franz Kline make-up”) and picturing a late Orpheus “blue-tongued and pale head behind on the slow Rivanna, / Bumping from snag to sandbar, but singing, still singing”—after that and a whole blast’d ache of slowly expell’d inevitable ceasing—writes:

I empty myself with light
Until I become morning.

A full circle, plain and empty. I love to think, too, how for years now (source completely gone) I’ve protect’d my belief that the Ted Berrigan poem call’d “Matinee” in the Collected is Berrigan’s version of Ungaretti’s “Mattina”:

Morning
(ripped out of my mind again!)

An intelligencer’s impetus for it being so add’d by the placing (in “Life of a Man”) of a poemlet, “On the Road Again,” dedicated to Ungaretti. I did, I recall, make a stab at translating the thing myself—something like:

Out of here, big light—
I’m an incendiary device!

I did pull out an paper acids-burnt manila folder of old drafts and rustle about in it for some shuddery moments. I got skeert off by my own dull obsessing (“Death is something of an undertaking . . .” and talk of “something momentous—impinging marriage or squamous death” and “clipped static that sounds like Seurat” and a poem call’d “Putain Kleenex,” ugh.) I did uncover a couple of dandy epigraphs, though: Nabokov’s “The old, old question of Who are you? to one’s own self grown strangely evasive in the gloaming, and to God’s world around to which one has never been really introduced.” And the Dawn Powell thing: “I like the way everything looks so crazy when you aren’t drinking.”

I recall—mid-’eighties—when Charles Wright (b. 1935) went off to China, some bunch of writers, the way they go off in national packs. Wright return’d talking about Jay Wright, also in the group, how they’d hung together. Now winding down, or the Littlefoot author is—“half in love with easeful sleep”—or whatev, is that how it goes? Says, talking about Tao-chi:

. . . old age
Just recompense for what was not found,
Awaiting the great wash, a “final crash of thunder.”

Or so we flatter ourselves,
sunset cloud tufts briquettes
Going ash in the ash-going sky.
We never look hard enough.
The grasses go back and forth, up and down, for thousands of miles,
But we don’t look hard enough.

I recall going up Cayuga Lake in a snowstorm for a Wright reading—someone inexpertly (loudly) popped a beer after we’d arrived, late, spray’d some pedant, got toss’d out, though Wright seem’d happy enough to see us. I recall how, after a reading in the Andrew Dickson White house in Ithaca, early ’eighties, some vaguely punk girl—upstart MFA—on the porch with the smokers, mock’d Wright: doing up a litany of southern highways and rivers. And how first I hated her for it (never hate the young) and next got a whiff of the way aesthetics budge and heave in the sorting. Which is ceaseless, and how dull if everything weren’t up for our moony, misbegotten and wrong’d contention? A little “whole” movement out of the midriff of it:

I love the winter light, so thin, so unbuttery,
Transparent as plastic wrap
Clinging so effortlessly
to whatever it skins over.

The sweet-breath baby light of a winter afternoon,
Boy-light, half-covered in blue,
almost invisible as breath,
So still in the flower beds, so pale.

And, next page, talking about a “Chinese principle” of composition, brushwork:

Competent, marvelous, and divine
Were the three degrees of accomplishment.
And still, it cannot be done.

How closely the movement—“Metaphor, metaphor, metaphor” to “And still, it cannot be done” mimics what Jay Wright says: how apprehension must needs be “relational,” and how it “has nothing to do with the world.”