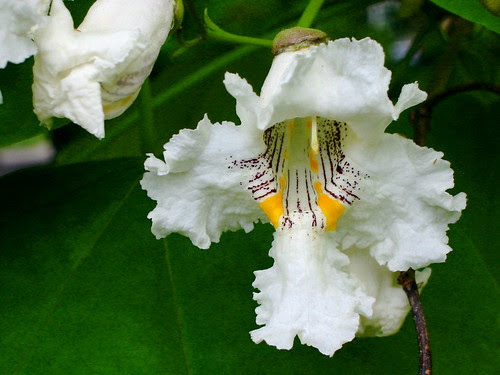 Making Faulkner and Rabelais my wrasslin’ kin (all summer), odd couple, trying to keep to a reading of each (finish’d Soldier’s Pay, Faulkner’s first publish’d (1926), though apparently Mosquitoes got written first: how’d he know to do all that “Voices: The Town” stuff (Greek chorus-like) in Chapter Seven, and the clockwork itinerary of the prowling about used and reject’d lover George Farr in Chapter Six—“Nine thirty. People sat on porches rocking . . . Ten. Dew on the grass, dew on small unpickable roses, making them sweeter, giving them an odor. . . . Ten thirty. Rocking blurs on porches rose and went indoors . . .”—how he know that? How’d he know to mock the tediousness of Henry James? Answer: a friend’d sent him a copy of Ulysses in 1924.) (The Rabelais stall’d at Chapter XIV: “How Gargantua Was Taught Latin by a Sophister.” Imminently plungeable into—at the scarcest moment’s notice it is. Doctor’s waiting room material, design’d for a flatulence-letting-off laugh.)

I think of all that (what I’m reading) after thumbing around (again) in Bill Berkson and Bernadette Mayer’s What’s Your Idea of a Good Time? Letters and Interviews 1977-1985 (Tuumba, 2006). Thinking, still, about second-generation New York School “characters” and the writing of criticism, that way kin-writers spell out (for one another, for the benefit of an eventual, though rightfully unanticipated “public”) the terms of reading new work. Thinking how that work—for that bunch—could’ve occur’d “privately” (today, “backchannel” is where the illimitable thrashings-out go down—no need for a public hoohah, that’s for marketeers, careerists, puffery-dogs, narcissists, and that ilk). Thinking about all that and thumbing along (I’d earlier try’d to ensconce myself in some Serge Gavronsky-initiated interviews with French writers—to no avail (I long to make that entymological kin to avaler, to swallow, rather than valoir, to be of value)—there’s something terribly, uh, banal about so much of contemporary French poetry—Claude Royet-Journoud saying, “My own work is a very platitude, a simple thing, the most banal sentence. . . . I play on minimal units of meaning . . . I work more in these minimal units of meaning than in larger elements, and that’s banal . . . I never use capital letters along the left since that’s too easy a way to make something pass for a ‘poem’ . . . the line has a number of constraints, the first and most obvious being the absence of capital letters. The other constraint, perhaps more delicate in nature, is the avoidance of assonance, alliteration, metaphor, everything that usually represents struggle within a poem.”)

Dante’s crystalline triads look incredible to me but I can’t always hear the Italian. In English, Campion of course is an inspiration, and next comes Wyatt, and for variousness Shakespeare and Keats. In American, Frank O’Hara’s lines and some of Edwin’s seem closest to actual feeling / sensation realism, and I am often amazed at how faultless John Ashbery’s really are (what a perfect rhetorician he is). When I think of clarity of line there’s Emily Dickinson and, oddly enough, Robert Graves. Unfortunately, none of these good examples is really a help. I don’t understand the structuring of lines in principle one bit. As for prose, well, the old English stylists (Thomas Browne, Milton, Burton), they’re a riot. I like Whitman’s prose and Stein’s when she’s got her eye on the subject. I’ve been reading Ben Jonson, Timber, and love what he says about sentences, especially short ones. I think sentences are easy just like single lines but paragraphs are the real test (Kerouac). Notice I haven’t mentioned Henry James but since The Golden Bowl was dictated, it’s mainly a collection of phrases, many beautiful.

Like a little breeze amongst the succulents. Why’d anybody aim for any kind of “critical” writing besides that—personal, point’d (naming names), ranging widely. Anti-“thesis.” Sinking a nudge (nugget) in its midst: Robert Graves for clarity? The kind of thing that compels one to rush off into the Graves for a look. Or that Kerouac (I’d “of” thought Stein) about the paragraph. Or that “Herr Diktat” James story. Or what’s Timber? Maybe it’s a predilection for an “explosive” critical hitch—one that refuses a burrowing in, a gnawing away, that analytic “murder to dissect” one, or, equally stingy, one that harrows and categories, that sort of delimiting, “always putting things away, like someone just hired to tidy up”—in lieu of a move that forces one’s reach ever wider in the world, references worn lightly, shrugged off easily.

Here is this patchwork quilt I’ve made
Of patterned silks and old brocade,
Small faded rags in memory rich
Sewn each to each with feather stitch,
But if you stare aghast perhaps
At certain muddied khaki scraps
Or trophy-fragments of field grey,
Clotted and torn, a grim display
That never decked white sheets before,
Blame my dazed head, blame bloody war.

Which moves with grace, particularly in the second half, after the hiccup of “memory rich”—what I like most: that internal “aghast” / “khaki” rhyme. Fluidity, “naturalness,” clarity? Yeah, I’d say so. 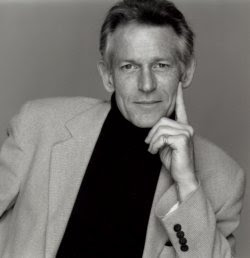