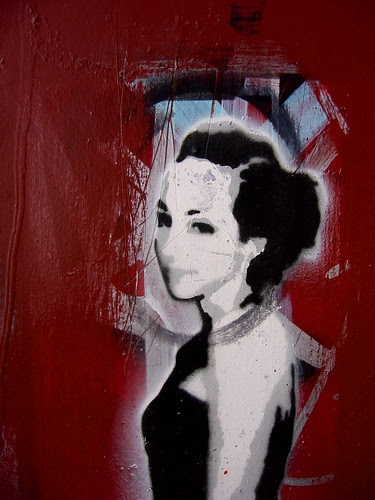 Lazy weekend, bicycle’d here and there, attempt’d a few photographs, nap’d big naps. Sometimes during the week I think how the weekend with its stretch of no particulars’ll foster up a streak of something, get a volley going, something sustain’d beyond the quotidian gulp and plunge, the highdiving one shots. No, the bottomland to the watery depths is sleep, bang’d down ineffable unriotous sleep. Fiery narcoleptic fury and thrum. One of my brothers used to furnish a noise for such rhetorical overcookery: Ppffsssure.

Faulkner’s Mosquitoes: the epigraph talks about the furious insects without admitting of the word mosquito, providing a minor summer life-cycle of the onerous tribe: “In spring . . . they were little and young and trusting: you could kill them sometimes. But now, as August like a languorous replete bird winged slowly through the pale summer toward the moon of decay and earth they were bigger, vicious; ubiquitous as undertakers . . . a biblical plague seen through the wrong end of a binocular: the majesty of Fate become contemptuous through ubiquity and sheer repetition.” Language that cannot decide whether its borrowing King James rhythms for lofty purpose or to mock itself and its intent. And later in the book, is the word mosquito ever used? Not that I see. What one gets is a recurring occasional bout of slapping, or high whine—a kind of missing McGuffin. It reminds one somehow of Chekhov’s odd offstage noises, sounds to no account, a violinist in a neighboring street, the sound of an ax splitting wood. In the midst of the Nausikaa (yacht)’s setting out, with no prior referent: “All the jollity of departure under a perfect day, heatridden city [New Orleans] behind, and a breeze too steady for the darn things to light on you.” And, later, up a sluggish river at nightfall, one of the moroser characters “slapped suddenly at the back of his hand, with consternation . . .” “Then, as if at a signal, they were all about them, unseen, with a dreadful bucolic intentness, unlike their urban cousins, making no sound.” A general buggy melée ensues: “At the companionway the ghostly poet joined them hurriedly, flapping his handkerchief about his face and neck and the top of his unnurtured evaporating head.” (An image that pulls up some early cut of John Dee with ’s head spouting flames, and, of course, Emily Dickinson’s line . . .) Faulkner makes good sport with the ghostly poet, seemingly about to expire instanter, dasn’t go in the water, cannot endure the sun, mostly found horizontal, plank’d by lethargy, name of “Mark Frost.”

A belief about Conversation (not talk): “Conversation—with an intellectual equal consisted of admitting as many socalled unpublishable facts as possible about oneself.” (See Blogland mores.) A corollary: “Desire . . . had long since become an unfulfilled habit requiring no longer any particular object at all.”

A good deal of art-mockery. Corollary to the corollary about “desire” is one about sculpture, or, broadly, “art”: “. . . it is not necessary that it have objective significance. We must accept it for what it is: pure form untrammelled by any relation to a familiar or utilitarian object.”

Some mockery of norteamericano holier-than-thou-ists, those who’d shoulder God aside in they own righteousness: “God must look about our American scene with a good deal of consternation, watching the antics of these volunteers who are trying to help Him.”

Some Molly Bloom talk by the “genius” sculptor:

starts in my hair in my hair and beard I am crowned with starts christ by his own hand an autogethsemane carved darkly out of pure space but not rigid no no an unmuscled wallowing fecund and foul the placid tragic body of a woman who conceives without pleasure bears without pain
what would I say to her fool fool you have work to do you have nothing accursed intolerant and unclean too warm your damn bones then whiskey will do as well or a chisel and maul any damn squirrel keeps warm in a cage go on go on then israfel revolted surprised behind a haycock by a male relation fortitude become a matchflame snuffed by a small white belly where was it i once saw a dogwood tree not white but tan tan as cream what will you say to her bitter and new as a sunburned flame bitter and new those two little silken snails somewhere under her dress horned pinkly yet reluctant o israfel ay wax your wings with the thin odorless moisture of her thighs strangle your heart with hair fool fool cursed and forgotten of god . . .

That anatomical snail imagery (“horned pinkly”) worthy of Lautréamont, exactitude that announces its source in monstrous apprehension and fear, crank’d straight out of nightmarish rut chronicles?

Story of a man met in Mandeville (portrait of the artist):

He was a white man, except he was awful sunburned and kind of shabby dressed—no necktie and hat. Say, he said some funny things to me. He said I had the best digestion he ever saw and he said if the straps of my dress was to break I’d devastate the country. He said he was a liar by profession and he made good money at it, enough to own a ford as soon as he got it paid out. I think he was crazy. Not dangerous: just crazy.

The informant initially cannot remember the name (“Walker or Foster or something”). And when she finally recalls it, her interlocutor says “Faulkner? . . . Never heard of him.”

Faulkner-sport: “He’s a fairly intelligent man, more sensitive than most, and yet he too labors under the illusion that Art is just a valid camouflage for rutting.” Somehow reminding me of the line someone had about so-and-so’s movement to the Left: “He discover’d more opportunities for sex there.”