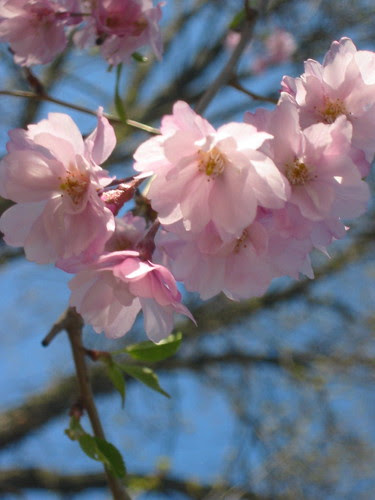 Night lightning and distant rumbles, a dousing intermittent rain, the dog thumping and nuzzling. Morning of catkins adhering to walks, yellow haloes around the maples, that primordial soup smell, giant gastropods and segment’d worms flexing down in the hollow trunk of the atavistic tree. On the wet surface of earth, ornamental crabapples peak’d big and buoyant, wet-headed, nodding. I cut through the streets. First high cloud, ribbed like a spinnaker, angling out, outrunning the sun.

Roberto Bolaño (The Savage Detectives) writes: “For a while, Criticism travels side by side with the Work, then Criticism vanishes and it’s the Readers who keep pace. The journey may be long or short. Then the Readers die one by one and the Work continues on alone, although a new Criticism and new Readers gradually fall into step with it along its path. Then Criticism dies again and the Readers die again and the Work passes over a trail of bones on its journey toward solitude. To come near the work, to sail in her wake, is a sign of certain death, but new Criticism and new Readers approach her tirelessly and relentlessly and are devoured by time and speed. Finally the Work journeys irremediably alone in the Great Vastness. And one day the Work dies, as all things must die and come to an end: the Sun and the Earth and the Solar System and the Galaxy and the furthest reaches of man’s memory. Everything that begins as comedy ends as tragedy.” 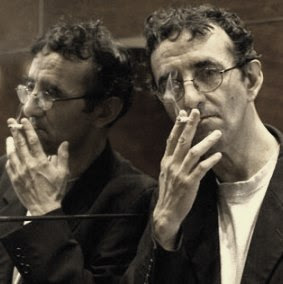