CCCXXII
There. My random
flit of agon
and predicament expunged.
Henceforth I duck
down to render
fracas moot, tuck
my rough mechanicals
into a reticular
snood. Recall how
James Joyce so
sweetly put it:
after ‘peewee’ delete
comma. So I
yank a tangle
of raspberry bushes
out out behind
the shed, wheelbarrow
up several hot
loads of grass
clippings and fill-
dirt and plank
it all square
for compost. A
solitary house wren
upbraids me, burbles
its fizz out
the while. Recall
how Franz Hals
brush’d the white
paint of high-
starch’d collars with
noticeable speed: unearthly,
impetuous rows of
angel-singed zeroes.
Lyrical presto gossamer
aughts discern’d like
the new century’s
unflappable boosterism getting
big mileage in
cahoots with its
citizenry, new meaning
grab a pencil,
and why not,
a platform shift.

About the day I read Carla Harryman’s Grand Piano (#8) piece, “Feeling(s) Object(s): of the short decade extended” (a title that hardly makes that ineffable “turn to language” in my awkward mouth, turning to something considerably nearer to Weetabix), I read, too, Bobby Baird’s audacious and exemplary report (at the sterling Digital Emunction, that “clearinghouse”) of—among a number of things—“interloping” with the terminally brash and undiscomfit’d Stephen Rodefer at a “post-performance dinner” in Paris with Bernard Heidsieck, Steve McCaffery, Karen Mac Cormack, and “among others, two American avant-garde types” unidentify’d. Baird writes:

Though each side feinted more than once toward open war, the hostilities remained latent for most of the meal, giving me the chance to wonder at how nearly the conversational style of Stephen’s antagonist matched the dense theoretical impaction of his prose. The other poet had a free and easy sense of humor, but she also had the unfortunate habit of interrupting her stories with heavy-handed ideological commentaries, as if she needed to regularly remind herself not to be charming.

Astoundingly, that second sentence, apply’d untamper’d-with to the doings of “Feeling(s) Object(s),” fits perfectly. Regardez le charme (Harryman detailing with warmth and sensitivity a summer 2008 visit with Sandy Berrigan in Albion, California, and her “garden of resonances and feelings beyond repair,” memorial, in part, to daughter Kate, “killed in Manhattan by a motorcycle as she crossed the street on a green light”):

The garden is always changing, not only because of Mendocino’s unpredictable appearances of rain and sun but because Sandy is as much an observer as a cultivator of growing things, allowing sweet rocket , borage, kale, and collards to reseed and spread on their own. In the quilted garden with roses growing wild against a fence, Sandy and I discuss her letters written to Ted Berrigan in the early 60s when she was in residence at Jackson Memorial Hospital. Although legally an adult, she had been institutionalized in this general hospital by her family, who didn’t approve of her marriage. Her letters are amazing, mixed with declarations of love; accounts of her inmates, including one other young woman in a similar situation; a critical commentary on Ted’s translation of Rimbaud’s Drunken Boat; and vivid responses to the books she checked out of the hospital library, a motley spread of classic, modern, and contemporary works: The Odyssey, The Plague, The Little Prince, Lolita, Frannie and Zoe, Big Sur, Meditations in an Emergency, Kaddish, and Howl.

Disregarding the evidence that nobody in the “collective” butt’d in to redact that Salinger to “Franny and Zooey”—I’d say bravo. A scene limn’d and lingering with heartbreak. I wonder if it is so—for me—largely as a result of my love for Berrigan’s terrific early “Words for Love” and—immediacy ascendant, go off to re-read it, with its humble marker “for Sandy”:

Winter crisp and the brittleness of snow
as like make me tired as not. I go my
myriad ways blundering, bombastic, dragged
by a self that can never be still, pushed
by my surging blood, my reasoning mind.

I am in love with poetry. Every way I turn
this, my weakness, smites me. A glass
of chocolate milk, head of lettuce, dark-
ness of clouds at one o'clock obsess me.
I weep for all of these or laugh.

By day I sleep, an obscurantist, lost
in dreams of lists, compiled by my self
for reassurance. Jackson Pollock       René
Rilke       Benedict Arnold       I watch
my psyche, smile, dream wet dreams, and sigh.

At night, awake, high on poems, or pills
or simple awe that loveliness exists, my lists
flow differently. Of words bright red
and black, and blue.       Bosky.       Oubliette.       Dis-
severed. And O, alas

Time disturbs me. Always minute detail
fills me up. It is 12:10 in New York. In Houston
it is 2 p.m. It is time to steal books. It’s
time to go mad. It is the day of the apocalypse
the year of parrot fever! What am I saying?

Only this. My poems do contain
wilde beestes. I write for my Lady
of the Lake. My god is immense, and lonely
but uncowed. I trust my sanity, and I am proud. If
I sometimes grow weary, and seem still, nevertheless

my heart still loves, will break.

“Myriad ways blundering” into that final abrupt beauty. How, I ask, did one “get,” then, to such psycho-pomp and verbiage as this (Harryman considering Hejinian’s “considerations of objects and of description”)?

Objects appear via “pointing,” a relational gesture that “locates a thing relative to the position of the pointing person and implies the presence of contiguous or neighboring things . . .”
The conscientious attentiveness to “contiguous or neighboring things” does not only place a demand on the reader of her works to experience language as “defamiliarized” rather than centralized. It encourages one to engage those concerns of living that are unpredictable and that lack clarity. When one makes a decision to do or not do, to say or not say something, one has produced an action in the world. A decision is a selection that clarifies relations that are still precarious and unstable.
Just as the object does not draw the focus onto itself exclusively, neither does description delimit a world. As a “method of invention and of composition” description is not definitive. It does not paste the object to a landscape or scene that is already fixed. Description may not be definitive but it is selective. And the objectification of selection becomes a further site for the reflection upon the decision made and the unaccounted-for and unknown contingencies of its environment.

That “objectification of selection becomes a further site for the reflection upon the decision”: too much Latinate shunning and shushing in the undertow of empire, is what I say. Things is partial, yes, things, too, is tedious. Mallarmé, perfectly ages ago, epigraph’d Igitur with “This Tale is addressed to the reader’s Intelligence that itself achieves the staging.” 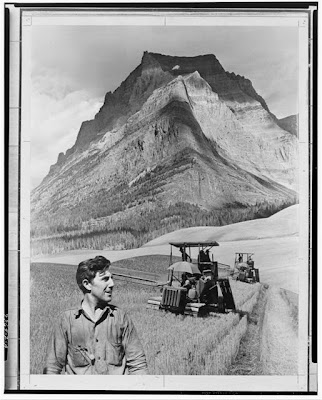 “Selection becomes a further site for the reflection upon the decision made . . .”

The bonus chapter in the eighth booklet of The Grand Piano is by Alan Bernheimer: a short consideration of narrative levels in the work of experimental filmmaker Warren Sonbert (1947-1995), friend of many of the Grand Pianists. Bernheimer’s supply’d the rather foreboding title of “What Happens Next” and begins with an “onslaught” paragraph detailing Sonbert’s accomplishments (“completed nineteen films in a thirty-year career,” “widely exhibited,” “made over two hundred personal appearances at one-person shows,” &c.) Then: “In the years since his death, what a falling off . . . the screen . . . largely gone dark.” “Sadly, without the cachet of premieres and his one-man promotional juggernaut, some of the most stimulating and resplendent moving pictures in twentieth-century independent filmmaking are settling into film history.” Thereat Bernheimer, refusing to “dwell on posterity,” turns to Sonbert’s sense of film narrative. Odd, though, the starting point, the seepage of something like fear that all’s for naught (particularly without the services of a “one-man promotional juggernaut”)—that that ought intrude in Bernheimer’s initial writing, in a “project” that’s become (mostly) a series of clumsy devotionals its own presumed posterity, a Langpo promo brochure, untaint’d by differences, lacking only the glossy corporate logo.

As for the bumps and exchanges between Sonbert’s (which I have never seen) films and poetry, Bernheimer writes:

Let’s try replacing, substituting the word poetry for the word film in some of Warren’s own sentences. “The job of poetry . . . is to balance a series of ambiguities in a tension-filled framework.” Or, “I believe the nature of poetry lends itself to density: one can’t pack in too much. It isn’t necessary to have the totality of resonances immediately graspable, one should be able to return.”

No New Critic (nor Robert Lowell) could’ve put it better. 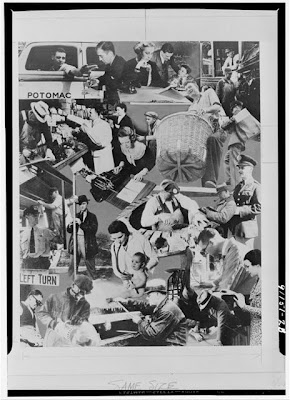 “Ambiguities in a tension-filled framework . . .”