CCCXIV
Brevity with blanks,
a verisimilitude unfestoon’d
by any murmurous
complacency of gap-
patching or mound-
leveling (of the
“field”) or by
the presumptuously indiscreet
nonsense of chuckle-
head’d boorish categorizers
with they chuffing
snouts and opines.
We are each
complete and partial
and rioting, none
a scavenging dog,
none a bill-
cooing Cartesian, none
prone to precocity
in earshot of
the gaseous self-
appoint’d who’d like—
unstrung by uncontrollable
pluck and itch
of the whelming
sensorial fix—to
affix each swarming
member by genus
in rebuttal of
singularity, the way
it makes strange,
the way any
scrutiny of potsherd
breakage’ll uncover one
oyster-shell splay’d
off in beery
particularity, delirious ostranenie
of the ostracized.

Barrett Watten in The Grand Piano (#8) making big noise about the West, titling the squib simply “West,” unaccustom’d (seemingly) to the way the term, like any direction, is a relational and ad hoc configuration, and hardly an absolute. And hardly the mythic “portal” to the beyond Watten undergirds the Golden Gate Bridge with:

That portal is luminous, sighted in the distance. Endless space beckons from the other side. We see clearly through the opening, not to the Orient but simply onto unending space. The space of the Pacific. For the aesthetic Eastern poet, this was a limit of the imagination, timelessly invoked. We, however, lived with it on a daily basis—not within it, but alongside.

Watten’s talking about (“the aesthetic Eastern poet”—is “aesthete” an expletive to a Language boy?) James Schuyler and how “Once in New York—not thinking of the West,” he heard him read what Watten calls Schuyler’s “ode to the Golden Gate.” [Lengthy and pleasurably distracting spell of skimming through Schuyler’s Collected in hunt of said “ode” aforemention’d—ah, here, I suspect B. W. is referring to the late piece presumably referring to 1988 Hollister earthquake, register’d in S. F.]:

“. . . tall buildings swayed
in downtown San Francisco.
No reports
of injuries
at present.”
Perishable perfection
of Glenn Gould playing
Bach purls on, oblivious
of interruption, building
course on
course, harmonious
in all lights,
all weathers, not unlike
la Rotunda and
so much airier,
spider webs and skeletons
of leaves,
the contiguity
of panes of glass. “No
reports
of injuries at present:
details later.”
Mortal music, leading,
leading on,
to San Francisco,
the Golden Gate,
the hands of God.

For Watten: “a limit of the imagination, timelessly invoked.” I suppose it’s “the hands of God” that makes Watten say that: I read San Francisco and its blessed bridge as largely incidental to the piece, except insofar as Tom Carey, Schuyler’s friend, a Franciscan, is apparently in the vicinity and Schuyler’s rather conventionally thanking God (and Glenn Gould ceaselessly purling out the Bach) that he is unhurt. Watten’d prefer a myth. In the next paragraph:

Oceanic feelings, we may say. They suffuse the work in its boundlessness—until they become a limit condition in themselves, a necessary precondition of formal or reflexive movement toward . . . the work. Hence, we may say, a region of being is displaced—toward a limit of the imagination projected back, condensed in material form. San Francisco becomes a moment of turning back before its expansion to the unfathomable West, seen through the Golden Gate . . . This would be our passage to more than India—a condensation of the open field at the moment of return.

What, one summarily wonders, is B. W. talking about? E. M. Forster’s India rubbing up against Robert Duncan’s “opening of the field,” overlay’d by Freud’s “oceanic feelings”—all in a kind of pulsing imperialist mash: it’s gobbledygook. It certainly’s got nothing to do with Schuyler’s poem; it may, in Watten-world, provide a kind of airy poetic sustenance. I try collecting refs (B. W.’s habit of dropping in pet phrases, markers of what exactly?) How about mentions of those “oceanic feelings”—a phrase apparently indicating to Freud, one guesses, a sensation of eternity, akin to Auden’s “barbaric vagueness of the sea” or Gaston Bachelard’s “substantive nothingness of water.” B. W.’s o. f.’s in order (a list):

That’s a lot of o. f. for roughly twenty pages. Is Watten playing the alien card there (à la Jack Spicer) with that “interstellar space” bit? “These oceanic feelings, humiliating in their disguises . . .” (He does, in fact, quote Spicer’s line, suggesting, oddly, that it refers to “an ocean overwhelming poetry.”)

Against the “oceanic,” Watten’s prose battles forth, leery of any possible admission (“I apologize in advance for the nature of the confession that must be elided here,” he says at one point) desiring, somehow, to be “Stunned into particularity,” even “while engulfed by oceanic noise.” If he manages an anecdote, it’s nearly always in service to a grudge, a puff, or a “rivalry [that] can only reinforce the heteronormative as it unfolds.” There’s (anonymity absconding with a good percent of the profits of “meaning”) “D—’s talk at 80 Langton Street” and how “I became immoderately competitive with him . . . the quick wit of the Easterner against the unsorted agressivity of the West.” [Cue Ennio Morricone’s theme for “The Good, the Bad, and the Ugly.”] There’s the “first encounter with B—,” where “he toasted the occasion of some of the most important writers of the twentieth century meeting for the first time (I think R— was also in the room).” [Cue gag-reflex. Though: do you suppose that’s Rae or Ron in that room? Or neither. Anonymity with a big kick me tack’d to its back.] There’s the meeting, in the Dordogne, of “the partner of a French Resistance fighter, now in her 80s”:

She asked about my writing. Didn’t Tristan Tzara do all that around 1916? Suddenly I was faced with the realization I had entered into contact with a culture significantly advanced beyond the one I could assume. Consequently, I was charged: that one must now live the truth of one’s belated realization, as the belatedness of one’s culture at large.

Something nigh-medieval in that, portents in the sky. Or, again, “entered into contact,” alien. There’s, too, B. W.’s report of “a book signing for Bad History at a Barnes and Noble in one of the Grosse Pointes.” “I arrived at the appointed time to be greeted by a large-format poster announcing me as the ‘author of Bad History.’ The audience was several rows of chairs while customers milled around, shopping for pet care manuals.” [The hapless Mr. Watten here, like a tramp Chaplin bumbling into a rich man’s parlor: one wonders exactly what course of presumably motivated action led Watten to such a place, even lacking the visceral distrust of any of the “Grosse Pointes” one grows up with in liberal households in southeastern Michigan.] 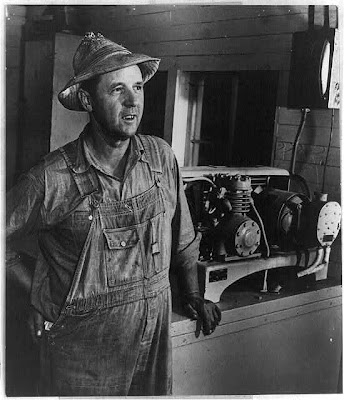