Odd listlessness and indirection. Reading stump’d. Seem to’ve been days “finishing up” Tom McCarthy’s excellent Men in Space, though without any particular toutable horn to toot regarding it? I do like the sense (imbuing it) of the novel-as-machine (or is it novel-as-chemical-equation?), its characters colliding and pinging-about components, effecting “exchanges”—McCarthy allowing himself (thus) to think through the nature of the novel throughout. Here’s one Anton Markov (a Bulgarian in Prague, ex-referee—“the trick was to see all the near-identical shirts, repeated runs, sudden departures, switches and loop-backs as one single movement, parts of a modulating system which you had to watch as though from outside, or above, or somewhere else”), who’s involved in an art-forgery scheme (of a particular panel of a mural of the Bačkovo Ossuary*), and is jail’d briefly, stuck and uncertain (like a ruminant novelist?):

Motionless now, Anton tries to empty his mind completely, to start from nothing and build up. He stands on the formica floor. He is a human in a cell. The cell has one bed, one toilet, no windows. It could be any space. It could be a hospital room, a lecture hall, a street or a sky beside a mountain, like where the saint is in that picture. There’s no essential difference: you’ve got a space and then a person in it. The rest is contingent: all the events and decisions and complications that have led to this person being here, all the reactions and solutions that might lead him out of it again. He thinks of mystic monks. They lived their whole lives in cells like this; before was a blur of childhood, out again just darkness, death. He’ll leave this cell alive, but it’s not clear how. There are those procedures that he’ll have to pass through, like that labyrinth Helena was talking about—but he should think of them as being exchanges. They’ll present him with questions, he’ll surrender information in return and, according to the value of his information, progress through this labyrinth. Transfers of energy, like engineering—or like a game. He doesn’t know the rules but will intuit them. I will intuit the rules, he intones. I will intuit . . . But when he tries to factor the specifics back in, the whole thought-circuit overloads and he can feel his heart thump in his chest, blood racing down his arms . . .

In a note, McCarthy relates that the book “started as a series of disjointed, semi-autobiographical sketches written in what seems like another era, and grew into one long, disjointed document from which a plot of sorts emerged from time to time to sniff the air before going to ground again. That it eventually found a kind of warped coherence as a novel about disjointedness and separation is to a large extent thanks to . . .” And the usual acknowledgements. Suspect it’s a retrieval of pre-Remainder material, brilliantly rework’d.

* The epigraph to Men in Space, out of Klárá Jelinkova’s unpublish’d dissertation call’d Murals of the Bačkovo Ossuary (writ for the Akademie Výtvarných Umění, the Academy of Fine Art) reads:

Despite the richness of their colour, it is the line that is the basic means of expression in the work of the Bačkovo masters. Executing a rigorous set of formal procedures, lines never allow themselves to become mere accessories to the expression of volume, to imply depth or to confer realism: instead, they help present the world they depict as unreal, flat and dematerialized. Using inverted perspective and multiple points of view which they place within the painting itself, the Bačkovo masters set up a continuous style that enables them to represent several moments of a story on a single panel. As for the human figures, their sensory organs are drawn out and isolated, relinquishing their biological functions as they become sanctified. Their faces, serene and concentrated, are not configured to produce dramatic effect, but rather to foreground their owners’ elevated sorrow.

Another tiny meditation on the novel, particularly McCarthy’s own, proceeding rather effortlessly with its “multiple points of view.” To note: Klárá Jelinkova is, too, a character in Men in Space, leading one to wonder who’s zooming whom? Faux epigraph or transplant’d “real.”

(Seeing references now to McCarthy’s International Necronautical Society—“ a semi-fictional organization closely modeled on European avant-gardes of the early 20th century . . . [that] replays, not without parody, the politically-inflected structures of these avant-gardes, with their manifestoes, committees, splinter groups and purges,” I suspect the former. See the “Manifesto”:

We, the First Committee of the International Necronautical Society, declare the following:

1. That death is a type of space, which we intend to map, enter, colonise and, eventually, inhabit.

2. That there is no beauty without death, its immanence. We shall sing death’s beauty—that is, beauty.

3. . . . Our very bodies are no more than vehicles carrying us ineluctably towards death. We are all necronauts, always, already.
. . . 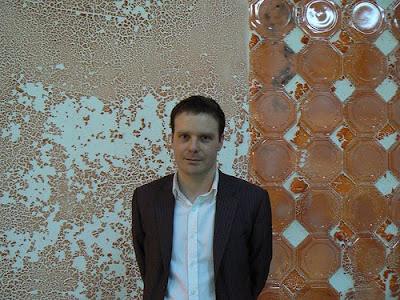