CCCVI
Z—,
All ending’s a contractual
dud. One longs to say
replenish my emptiness forthwith
shouting like a commander-
in-chief of what
little kingdom form itself
grant’d in lieu of
the usual run-amok.
Et cetera, et cetera.
Chaos in the sub-
prime mortgage allotment gauges
even with a ramp’d
up casualty forbearance rate,
writes off whatever rescue
is coming “around” like
a rabid dog’s liable
to bite one smack
in the ass. Is
a metaphorical way of
talking about what I
am talking about. The
universe, pre-alphabetickal and
damn’d to slowly tear
itself asunder, is barking
like a mad dog,
inconceivably big, a bickerer
to boot. Uncontendingly formless
and wholly immeasurable.
Not unlike a hair-
cover’d glabella all a-
tangle between the eyebrows
of a gormless mouth-
breathing God. Such precision
and buoyancy in its
flung starry gaseousness inexplicable,
they ain’t nobody about
to get that one
verse down, lingual oom-
pah strut ou pas.
Nobody knows anything is
the sine qua non
of it, the de
rigueur, the whole smear.
J—

Working with strings. Whether attach’d to any puppetry or not, I don’t know. Charging the morning with statements (signs of a prosecution or an acquittal, I don’t know—sing it out along with me now—just follow the bouncing ball—that’s what exploratory means). Here:

No other writer’s verse has inspired so tenacious a conviction that it means more than it seems to.

X deals in effects, not ideas; and the effects are in an odd way wholly verbal, seemingly endemic to the language, scrupulously concocted out of the expressive gestures of what a reader whose taste has been educated in the twentieth-century takes poetry to be.

X has so disciplined the procedures for securing “an air of meaning rather than meaning itself” that—in his later work at least—the spectacle of their operation can itself imply meaning of a still more austere kind.

Coherence is obtained by exploiting the sounds of the words and the implications concealed in their sounds.

And, of “the manner of his immediate elders”:

He learned to use it; he never make the mistake of trying to think in it. Aware both of its limitations and of its extraordinary emotional inclusiveness, he contrives instead to give the impression that thought is going on alongside the poetic process, that sardonic eyes are being frequently bent on the pretensions toward which rhythmic speech incorrigibly reaches, and that whole areas of human life which the sentiments of romantic verbalism have appropriated are patently, to a rational vision, entoiled in richly muffled absurdity—

And what if one were to make the statement, too, that “He has written hundreds of publisher’s blurbs, many of them, to the suspicious eye, small comic masterpieces.” Or: “Though he became, while still a ‘difficult’ writer, very famous, he was for years the archetype of poetic impenetrability.” Or: “The details of his poetic effects . . . belong to an extremely conventional category: the tradition of the turned aphorism and the weighty line.” Or: “He has innumerable ‘sources,’ some acknowledged, some covert, they can be listed.” Or: “To be sure, when a painstaking explication of one of his poems is laid before him, he is likely to reply that he was not aware of having been so clever . . .”

Fitting whom, all that critical verbiage? If you sang out John Ashbery, you’d be pardonably incorrect. All of it (with a century’s fudging in one case) pull’d whole hog out of the early pages of Hugh Kenner’s The Invisible Poet: T. S. Eliot (McDowell, Obolensky, 1959). Is it simply the “construct” of the American poet talking, or is there some reason to look at Ashbery with Eliot louver’d up unmenacingly behind him (replacing, for a moment, the portly insurance chief)? What if one plop’d down a random Ashbery poem and (and, and) sleuth’d it for Eliot clues? Okay (skeptically), here’s something out of A Worldly Country, thought one ought to recall that Eliot’s poetic oeuvre totals “fewer than four thousand lines” (slightly longer than, say, Ashbery’s Flow Chart?):

Thrill of a Romance

It’s different when you have hiccups.
Everything is—so many glad hands competing
for your attention, a scarf, a puff of soot,
or just a blast of silence from a radio.
What is it? That’s for you to learn
to your dismay when, at the end of a long queue
in the cafeteria, tray in hand, they tell you the gate closed down
after the Second World War. Syracuse was declared capital
of a nation in malaise, but the directorate
had other, hidden goals. To proclaim logic
a casualty of truth was one.

Everyone’s solitude (and resulting promiscuity)
perfumed the byways of villages we had thought civilized.
I saw you waiting for a streetcar and pressed forward.
Alas, you were only a child in armor. Now when ribald toasts
sail round a table too fair laid out, why the consequences
are only dust, disease and old age. Pleasant memories
are just that. So I channel whatever
into my contingency, a vein of mercury
that keeps breaking out, higher up, more on time
every time. Dirndls spotted with obsolete flowers,
worn in the city again, promote open discussion.

And couldn’t one without travesty elide, say, “Among the smoke and fog of a December afternoon / You have the scene arrange itself—as it will seem to do— / With ‘I have saved this afternoon for you’—opening lines of “Portrait of a Lady” herein? Is it a tone, bemused, never histrionic though likely capable of it, or is it a pacing—markers of measured, consider’d (one could say leisured and point to a certain class ease) everywhere, th “Alas,” the “Now, the “So”—that makes for an Eliotic echo? Ashbery’s “puff of soot” and “What is it?” seem nearly intentional echoes. (Though, the danger in making such flung-out tentacular connections is: couldn’t one just as well posit someone else and add up an equal number of “hits”: say, the perceptible Audenesquerie (“The Fall of Rome”) of “Syracuse was declared capital / of a nation in malaise, but the directorate / had other, hidden goals.”) And yet: jug out the finicky rhymes (and the pivot-point of the “I”) of something like “You will see me any morning in the park / Reading the comics and the sporting page. / Particularly I remark / An English countess goes upon the stage. / A Greek was murdered at a Polish dance, / Another bank defaulter has confessed.” Ashbery: “I channel whatever / into my contingency.” There is that I. Truth is, I know little about Eliot, hardly the poetry, hardly the prose, hardly the man: reason to be reading the Kenner. Fault of my tendency to begin with the present in all things, and snuffle out after the history only if I “need” it.

My list for Steve Evans’s “impeccable” 2009 Attention Span is here. 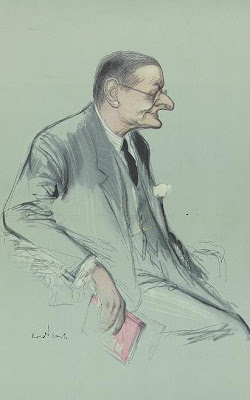