CCCIX
A cork in the trough
and a monumental odor of
Pine-Sol and galvanized steel,
the john’s the only place
the fight commentator’s audible, he’s
stuck in the Zimbabwe mob,
shouting incoherently into a hand-
held mike with the cameraman
getting knock’d in and out
of focus. November’s a cup.
The grieving light splays out
across the mall parking lot,
turning that traffic island peach,
and throwing down the light-
pole into blue-slate relief,
gawky and angelic like James
Schuyler with a ponytail. He’s
tunelessly mouthing some sappy ad
campaign for Winston cigarettes, though
the noise of the leaf-
blower is carrying it off
the way sleepy November’s prone
to carry a thing off.
The cheat’d citizenry puts its
pain into reserves some ersatz
guarantor’ll repackage with other liabilities
and you bet he’ll get
a good price for it,
hog-tied to marketables and work.
A species of mass detachment
is coming into its ascendency,
the feverish days of one’s
youth collect’d and sold under
cellophane wrappers with little drops
of consciousness condensing to magnify
how you lean’d there, cock
in hand, shaking it off,
knowing no assignment but that
you’d remember it now, later.

When the elements in a poem are contained by a dramatized consciousness whose associative shuttling loosely unites them, and of which in turn they indicate the tonality, it is difficult to adhere firmly to that criterion of order and selection which the advancing logic of the poem—itself subordinate, as in Debussy’s music, to the display of prevalent tonalities—would imply. And what has once entrenched itself, time will hallow; protected, anyhow, by tonal coloration. Part of the poet’s final satisfaction is his feeling that nothing, for the time being, is left over; no more poetry, for a while, demands writing.

A sort of “why I cannot return” to that that I writ avant (though I do)—the way “tonal coloration”—like light itself—so rapidly changes, preening under its constant flux. If one dashes off for a bowl of chili con carne, one returns to a “dry” piece, with the palette no longer gleaming. If one attempts to “recover” that tint of ochre the dog’s eye-slots emitted in the afternoon light, dabbing in a little turpentine or gum Arabic, the result is mud.

Out of The Invisible Committee’s The Coming Insurrection (Semiotext(e), 2009):

An isolated being who holds fast to a truth will inevitably meet others . . . every insurrectional process starts from a truth that we refuse to give up. . . .

Expect nothing from organizations.
Beware of all existing social milieus,
and above all, don’t become one.

. . . Organizations are attractive due to their apparent consistency—they have a history, a head office, a name, resources, a leader, a strategy and a discourse. They are nonetheless empty structures, which, in spite of their grand origins, can never be filled. In all their affairs, at every level, these organizations are concerned above all with their own survival as organizations, and little else. . . .

Far more dreadful are social milieus, with their supple texture, their gossip, and their informal hierarchies. Flee all milieus. Each and every milieu is orientated towards the neutralization of some truth. Literary circles exist to smother the clarity of writing. Anarchist milieus to blunt the directness of direct action. Scientific milieus to withhold the implications of their research from the majority of people today. . . . Particularly to be avoided are the cultural and activist circles. They are the old people’s homes where all revolutionary desires traditionally go to die. The task of cultural circles is to spot nascent intensities and to explain away the sense of whatever it is you’re doing, while the task of activist circles is to sap your energy for doing it.

In the Future Past Perfect

whenever I would have gotten
a coffee stain on the paper
I surrounded it with magic marker
so the stain’d look like a decoration
or a willed sweet william; I felt
this’d make my writing better, less messy

now I tolerate the messy
coffee-stained writing for better or worse
as in ‘ugh! Another poem’
just what we don’t need
just what we will not have needed
when we will have tried to neaten up

they say cleanliness is next to godliness
so how come clouds are so far from sweet williams?

if nobody reads poems anyway
what’s the big fuss? Who cares
if a poem’s old or new? When’s
the full moon of May? That matters
because after it, we here can plant
except for beans or maybe it’s peas
you can plant on good Friday, they say

we’ll have foodstamps again this Wednesday
plus Phil got his hack license today
we’re on our way up, come over
but don’t come yet, we’re down
to frozen pierogis, care for an apple?

That “if nobody reads poems anyway / what’s the big fuss?” echoing loudly O’Hara’s “Personism”-bound indefatigable sass and cheer: “how then can you really care if anybody gets it, or gets what it means . . . Too many poets act like a middle-aged mother trying to get her kids to eat too much cooked meat . . .” Where I am “at” today, disgruntled with the whole boat, and its minor admirals, its would-be kingmakers, its heave-ho (“the burden of a song”) crew, &c. Do you think O’Hara recollect’d Shakespeare’s Lear-bound “As flies to wanton boys are we to th’ gods, / They kill us for their sport” in typing out the finely acerbic fettle of “Welcome me, if you will, / as the ambassador of a hatred / who knows its cause / and does not envy you your whim / of ending him” (out of “For James Dean”)? Begone, pricklish coot.

Off into the zone tomorrow. 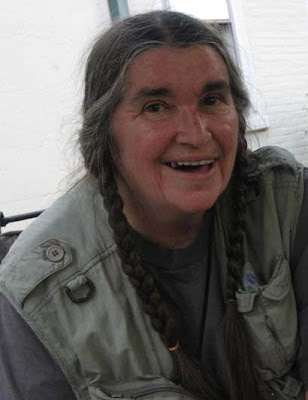