. . . he was only every connected with the world in the most fleeting of ways. Nowhere was he able to settle, never did he acquire the least thing by way of possessions. He had neither a house, nor nay fixed abode, nor a single piece of furniture, and as far as clothes are concerned, at most one good suit and one less so. Even among the tools a writer needs to carry out his craft were almost none he could call his own. He did not, I believe, even own the books that he had written. What he read was for the most part borrowed. Even the paper he used for writing was secondhand. And just as throughout his life he was almost entirely devoid of material possession, so too was he remote from other people.

Isn’t that the reverie of every writer? To bob unbother’d and untend’d in a pure sea of language? (See Walser’s line here, in “The New Novel”: “And now it was me in the inky blackness. Lost!”—that giddy terror is what “one” pursues, no?) Sebald:

For him, evidently, coming to an arrangement with a woman was an impossibility. The chambermaids in the Hotel zum Blauen Kreuz, whom he used to watch through a peephole he had bored in the wall of his attic lodgings; the serving girls in Berne; Fräulein Resy Breitbach in the Rhineland, with whom he maintained a lengthy correspondence—all of them were, like the ladies he reveres so longingly in his literary fantasias, beings from a distant star.

I am compell’d to recall Walser’s Doppelgänger Joseph Cornell here—in Frank O’Hara’s “hearsay” rendition (out of “5 Participants in a Hearsay Panel”): “Ernestine Lassaw told Franz Kline and Tom Young that Bob Rauschenberg told her that Joseph Cornell saw a beautiful girl in a box, a cashier’s box, outside a movie house and he used to ride past the movie house on his bike every day to look at the girl in the box. Then, one day, Ernestine said Bob said, he—Cornell—picked a little bouquet of blue wild flowers and carried them up and down on his bicycle in front of the movie house before he finally screwed up his courage and thrust the flowers through the hole in the box at the girl. She screamed for the manager who called the police but the policed let Cornell go.” (I seem to recall that Deborah Solomon’s Cornell biography Utopia Parkway verify’d something like that.) Sebald:

That Walser is not today among the forgotten writers we owe primarily to the fact that Carl Seelig took up his cause. Without Seelig’s accounts of the walks he took with Walser, without his preliminary work on the biography, without the selections from the work he published and the lengths he went to in securing the Nachlass, the writer’s millions of illegible ciphers, Walser’s rehabilitation could never have taken place, and his memory would in all probability have faded into oblivion.

Seelig’s Wanderungen mit Robert Walser seems to exist in English only here: surely a print’d edition is call’d for. Sebald, detailing the nature of Walser’s writing:

The playful—and sometimes obsessive—working in with a fine brush of the most abstruse details is one of the most striking characteristics of Walser’s idiom. The word-eddies and turbulence created in the middle of a sentence by exaggerated participial constructions, or conglomerations of verbs such as “haben helfen dürfen zu verhindern” (“have been able to help to prevent”); neologisms, such as for example “das Manschettelige” (“cuffishness”) or “das Angstmeierliche” (“chicken-heartedness”), which scuttle away under our gaze like millipedes; the “night-bird shyness, a flying-over-the-seas-in-the-dark, a soft inner whimpering” which, in a bold flight of metaphor, the narrator of The Robber claims hovers above one of Dürer’s female figures; deliberate curiosities such as the sofa “squeaching” (“gyxelnd”) under the charming weight of a seductive lady; the regionalisms, redolent of things long fallen into disuse; the almost manic loquaciousness—these are all elements in the painstaking process of elaboration Walser indulges in, out of a fear of reaching the end too quickly if—as is his inclination—he were to set down nothing but a beautifully curved line with no distracting branches or blossoms.

A terribly fine Sebald sentence itself, acting it out. Too: “Indeed, the detour is, for Walser, a matter of survival. “These detours I’m making serve the end of filling time, for I really must pull off a book of considerable length, otherwise I’ll be even more deeply despised than I am now.” The opposing forces: the pure “curved line” unadorn’d (Sebald suggests Walser’s “natural inclination is for the most radical minimization and brevity . . . setting down a story in one fell swoop”) versus the overwrought, what Walser himself—speaking of a room in which “intimate misfortune was played out”—calls “brimming with gloomy, fantastically be-palmleaved decoration gilded further by the height and scale of the whole.” Sebald says that Walter Benjamin says that “the point of every one of Walser’s sentences is to make the reader forget the previous one.” Sounds like, heavens to Murgatroyd, a recipe avant la lettre for a New Sentence scheme. One recklessly insists, though, that what Benjamin’s claiming is “merely” the way any writer reads: so wholly “took” by immediate lingual “patch” as to be unable to discern any larger landscape. Reading books in order to admire word-conglomerates, point.

* Sebald’s essay is translated by Jo Catling out of the forthcoming A Place in the Country (Random House). 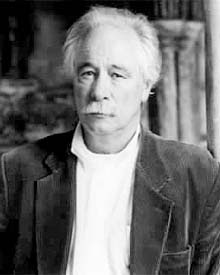 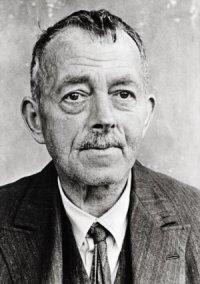