CCCVIII
“Att leest with foule Hande
you deign’d reproach that enmitie
so pointedly, unabash’d by feign’d
and dismall futuritie whence sour’st
Sunne infus’d the skye.” That kind
of thing bugs the shit
out of me. Think of
a pseudo-meticulous Julius Caesar,
bangs perfectly “fringed” with umpteen
rodeo boys sashaying along “tuck’d”
into cuts of frankly ferocious
chaps, sky the color of
Windex and red and yellow
billboards up along the fence
cover’d with slogans for Mexican
beer, the only potable thing
in the Goddamn joint.
Beer down’d darkly by white-
teeth’d señoritas with bougainvillea’d cascades
of splendid hair who, fobbing
off routine, say: Shut up,
fussy man with a hobby.
A complete history of all
frantic sullenness is hardly likely
to entoil itself with concomitant
worth-indices or the “powre-
rowsde” summitry of the minor
gods. I’ll suck the hinder
tit, my goatherds, and make
a little book of adhesions
politic and summary moments of
the retro fatuousness, the efficacy
of which—ah, the hell
with results, and besides, I
burnt the brunt of it.

Oh, the days do go moiling by athwarting sustain’d focus. I did manage (late) to read Tom Mandel’s “Winter Travel” piece—a rather oddly muted installment—in The Grand Piano (#8). Construct’d like a sandwich, with the (nearly identical) slices of bread (at beginning and end) an anecdote:

On the train home, we sat across a table in the café car and I said “I’m having trouble getting started on number 8; what should I write about?” “All there is to write about is sex and death,” Ron replied. His eyes moved through some pain to a moment of impassive humor.

(For the second slice “Ron”’s reply is butter’d differently: “Ron replied unaccountably, my beloved friend whose own writing acknowledges no border, meaning perhaps that writing itself is all generation all closure.”) The two are returning (to Philadelphia and Wilmington respectively) following a memorial service in New York. In “between”—the meat of the thing—is Mandel’s day (walking around New York in the snow, killing an hour or so before a post-memorial gathering) which itself contains—Mandel is supposedly leaning “against a concrete façade”—a kind of set-piece of “remembering a long night of winter travel some years ago.” That’s the shape of the thing. (Though, obviously, the piece isn’t about Ron Silliman, I am somewhat alarm’d—the limit’d cliché’d humor of the remark understood—that “our” most vociferous proponent of the “social text” didn’t somehow include “taxes” amongst the writerly possibles.) (I would, too, ask how something is “all generation all closure”—or how any writing “acknowledges no border”—sounds a little Crockett Johnsonesque, with Silliman “our” Harold, with purple crayon in hand. Any writing stops, though the d. a. levy reverie of a city—or world—“to cover with lines” continues to attract its contenders. “All generation all closure” sounds a little too conveniently self-contain’d, engagement in a puddle.

Mandel’s piece is rather unfocus’d, fitting the amble of the day perhaps, and the way death so aimlessly arrives, endings abrupt, lacking “point.” Early, Mandel suggests how he’s “often thought that I would write an essay on my friends’ eyes.” Bizarrely, however, the next sentences—“Yet, no matter the angle from which I view my own eyes in a mirror, they show me nothing—that is, I can see that they are looking at me, but no more. They are in the way of self-knowledge”—though true enough, and pertinent, one’d wager, to autobiography, appear to dismiss the possibility whilst forgetting entirely about the “friends’”—perfectly “viewable”—eyes. Solecism of the solipsist. Mandel’s walk uncovers some scenery of note—I like “the neoclassical Spanish synagogue . . . the current home of the oldest synagogue in North American, founded in the mid seventeenth century by Portuguese Jews fleeing the Inquisition in Brazil; a few years later its founding rabbi, then in Amsterdam, read Spinoza his herem—writ of excommunication”—and suspect Mandel’d make a good guide to some of those streets. He does—eventually—arrive at the gathering, and the following gets report’d:

I ran into A     , whom I hadn’t seen in some years, and we fell into conversation easily, talking about friends, love, and work. When I mentioned The Grand Piano, I saw her eyes cloud for a moment. Her chin lifted slightly, a “tough guy” gesture characteristic of her.

I thought of some lines I’d written in To the Cognoscenti—in the geometry of mind / each location marks a border—and suddenly the long day’s exhausting continuum seemed to drop away. I heard myself tell A     , “It’s been a great project; I’ll make a point of writing about you in part 8.” “Tell people not to quote their own poetry,” she laughed. I said I would—and now I have . . .

To the cognoscenti, indeed. “A     ” is precisely “written about” in The Grand Piano, yes, if one inhabits some sorry kingdom of Alphabetland (“P     ” and “N     ” make discrete curtain calls too). “Collective autobiography” with a vengeance.

In Mandel’s “set-piece”—it’s call’d “A Night,” opposed to “A Day” of the ambling—reads a little like a poor man’s attempt to do Joyce’s “Ithaca” stunt (though lacking the sly humor)—

Why was the chant arrested at the conclusion of this first distich?
In consequence of defective mnemotechnic.

How did the chanter compensate for this deficiency?
By a periphrastic version of the general text.

That kind of thing. In Mandel’s paws:

The drive to the airport
Without incident; moments of unease, not amounting to disquiet.
Winter fields, fat stunted colors, no trees in flower.

Etc. (The model apparently not Joyce but Portuguese Nobelist José Saramago—“the shape of the world is indicated by a technique of writing that might be compared to draping a diaphanous fabric over something concrete and complex, allowing the viewer to grasp its shape without being distracted by details” (which sounds like, by default, all writing to me, its inevitable “miss” . . .) The Grand Piano as writing exercise book. 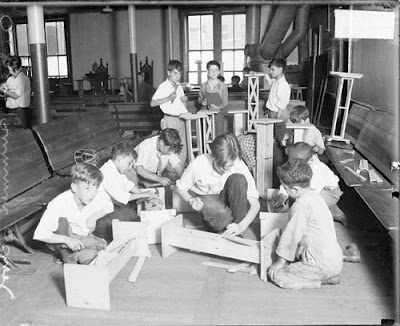