CCCXXVII
The sheer density
of occurrence—mastiff
with the inky
newspaper in its
mouth, two chums
pitching snowballs at
the red-scarf’d
skaters, the reedy-
voiced deacon who
mulls the cloister
tapestry with its
precise flowers—requires
formal analogy, aleatory
flanged plaiting of
its signals, its
strands. An ant
writing its memoirs
up the length
of a grass-
blade, a red-
cheek’d pheasant slitting
the autumnal air
with daggerly misericordia,
a smoky blue
fig bursting open
in a tent.
Writing draws letter-
forms, and drawing
writes object-forms.
What an alphabet
the ear is
with its snug
curvilinear conjuncts, factotum
to the immiscible
eye’s constant jawing.
The glyph-tool’d
moon—color of
chert, color of
ivory—ax-blade
of the tool-
strewn Inuit sky.

Harrumph. I niggled with that piece (“CCCXXVII” is what I call it) in the wee hours and forgot to make portable my changes. Thus, a tenuous reconstruct’d “version of a version”—surely unidentify’d as such by any but the most gnostic (rare in a post-gnostic age). I am “off” tomorrow, and sensing a flagrancy of aims: I know both “flanged” and “signal” to be “wrong,” mere “placeholders” for the “real” (though that conceit is laughable at best). I know, too, that I am lacking a little rodomontade glitz in the final sentence, though what exact wee-hour incomprehensibility that is—je n’ai aucune idée. I did write one day (aged nineteen, in my spurious and unclutter’d youth) that “All art is arbitrary” and I probably well believe it “even” “now.” (There’s a whole story waiting to be writ regarding the ironic life of the invert’d comma and the fetishization of meaning. Directly related to the late twentieth-century’s loss of “faith” in, well, “everything.” “Late” or “early”?) It strikes me odd that Stephen Crane’d bother with Henry James. I hear, though, that Michael Fried says that John Berryman says Stephen Crane took issue with some Jamesian note of writerly detachment:

What, though does the man mean by disinterested contemplation? It won’t wash. If you care enough about a thing to study it, you are interested and have stopped being disinterested. That’s so, is it not? Well, Q.E.D. It clamours in my skull that there is no such thing as disinterested contemplation except that empty as a beerpail look that a babe turns on you and shrivels you to grass with. Does anybody know how a child thinks? The horrible thing about a kid is that it makes no excuses, none at all. They are much like breakers on a beach. They do something and that is all there is in it.

“Empty as a beerpail look.” “Shrivels you to grass.” Phrases themselves like “breakers on a beach,” detach’d and unexcused punctae of the writer’s own “look.” (Here I quote O’Hara for the one hundred and sixty-two thousandth time: “They do have meaning. They’re strong as rocks.”) Meaning: the contemplatory is a siphon, a “prate” (see, “contemplatorie prate”): writing and looking is a surefire way to neither see nor write. (See “recollected in tranquility,” maestro.) (I hear Thomas Stanley (The History of Philosophy (1655)) says that Plato says that geometry is “the Contemplatrix of Planes.”) Oughtn’t all writing be that “empty as a beerpail look,” with its radically uncodify’d way of sopping up a welter of immiscibles (and squirting back “out” a few tangibly botch’d enigmas)? Frivolous and minatory and bulldozing tout à la fois? Robert Walser (out of The Tanners)*, about a painter’s dismal sense of failure when confront’d by the “torment” of the natural, the prospect of “capturing” that beauty that surpass’d all power of apprehension:

Day after day he become more and more puzzled at how I could go on lightheartedly, even frivolously painting, but he admired my talent, which he had to acknowledge. But he wished I would pursue my art with more seriousness of purpose, and I replied that in the practice of art all that was required to accomplish something were diligence, a joyful zeal, and the observation of nature, and I drew his attention to the harm that could and must come about when one approached a matter with exaggerated holy solemnity. He did in fact believe me, but he was too weak to tear himself away from this bullheaded seriousness he’d sunk his teeth into.

And, apropos my incipient jaunt to points east, the enforced listlessness of the mandatory calendric (just to put a goofy knob to it), Walser on vacations:

But vacations, what are they? The thought of them makes me laugh. I wish to have nothing to do with vacations. One might even say I hate them. Whatever you do, just don’t set me up with a position involving vacations. This wouldn’t appeal to me at all—in fact I think I’d die if I were given vacations. As far as I’m concerned I wish to do battle with life, fighting until I keel over: I wish to taste neither freedom nor comfort, I hate freedom if it’s hurled at my feet the way you throw a dog a bone. That’s vacation for you. If you might happen to think you see standing before you a man with a hankering for a vacation, you are very much mistaken . . .

Back in a week.

* News is out that a selection of Walser’s Microscripts (including pictures) is being print’d in 2010 by New Directions, translated by Susan Bernofsky. Too, Bernofsky is writing a Walser biography. 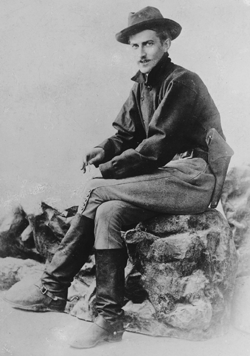 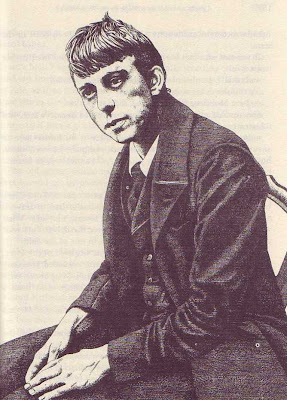 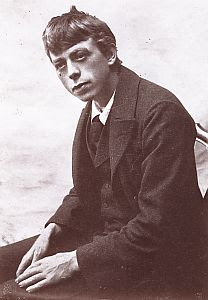