CCCXXI
Corvine black up
along the running
ridge, stench of
catfish guts slather’d
into the sandy
yellow pit, blue’d
with fly-shine.
Thunder lowering its
boom a county
away. One caprice
of context is
to make inert
dandyism succumb, plumb
formlessness with a
fix’d indolence that
rebuts its rump
basis in raw
affinity. Ammonia smell
of the rookery
making me gag.
One variation is
rube standoffishness mistook
for aesthetic distance:
that’s foster’d a
certain critical encampment
around a number
of malcontents. Make
that “our” mal-
contents. The one
with the bow
and arrow-on-
a-line thunking
the river-rumpling
spawn-crazy carp
in the shallows.
The bottle flies
fly up, bespangling
the sky. Down
the lip of
the pit a
dung beetle hurries
after its ball.

Bad habit of hurrying (not unlike the dung beetle). I ought to’ve read through Michel Ragon’s Dubuffet (Grove / Evergreen, 1959), work’d up a little oomph for my half-cock’d spouting off (yesterday). One thing: the note to O’Hara’s “Naphtha” reads (in part): “Hattie Smith identified ‘with a likeness burst in the memory’ in line 38 as from a statement by Jean Dubuffet reprinted in the catalog for his 1959 show at the Museum of Modern Art.” (The remainder of the note quotes a letter—“FOH to John Ashbery, February 1, 1961”—regarding a drawing Dubuffet’d sent O’Hara after he’d publish’d “Naphtha” in a 1960 Big Table.) Michel Ragon, though, reports a (scandalous) 1947 exhibit of Dubuffet’s Portraits shortly after publishing (chez Gallimard—Jean Paulhan being a close friend and supporter—and portrait-sitter) “a small treatise entitled Prospectus to Art-lovers of Every Kind, whose main ideas can be roughly summarized as follows: Art is within reach of everybody. Any imbecile is better than professional painters. Hurrah for the imbecile! There is no need to learn how to draw in order to produce art. Down with galleries! Down with museums! Down with art dealers and art critics!” “Scandal,” of course, mostly being merely contextual nudge and readjustment, one notes that: “in 1947 geometric abstraction in half-tints was triumphant in Paris, denying itself any kind of reference or allusion to nature.” Donc, some woolly heads. Ragon:

The invitation to this exhibit of Portraits, with its carefully worked out typography . . . was printed on one of those large folders that have since been imitated by so many young painters who think that they will thereby attract notice and who forget that one never surprises by plagiarizing. This “little newspaper” bore the title:

The cows of “Naphtha”: India ink drawings of Dubuffet cows interlarding the text, along with one amongst the tipped-in plates, “La Belle Fessue.” And: “He went through an important series of Cows (‘The Gay Beauty,’ ‘The Buttocked Beauty,’ ‘The Uddered Beauty’).”

I have always liked—it is a kind of vice—to make use only of the most common materials, those one does not think of at first because they are too commonplace and close to us and appear unsuitable for any use. I like to proclaim that my art is a rehabilitation of disparaged values. The fact is that these elements, which because they are commonly found everywhere and for that very reason do not arrest the eye fascinate me more than all others. The voices of the dust, the soul of the dust, interest me far more than the flower, the tree or the horse because I sense that they are stranger. Dust is a being so different from us. And, to begin with, that absence of defined form . . .

Odd, that “formlessness” put up against allegiance to materials. (I think of O’Hara’s 1950 “Today,” with its “Pearls, / harmonicas, jujubes, aspirins! all / the stuff they’ve always talked about // still makes a poem a surprise! / These things are with us every day / even on beachheads and biers. They / do have meaning. They're strong as rocks.”) (Too, I think of Zukofsky’s “case” “for the poet giving some of his life to the use of the words the and a: both of which are weighted with as much epos and historical destiny as one man can perhaps resolve. Those who do not believe this are too sure that the little words mean nothing among so many other words.”) (And Ted Berrigan’s paring down the lingo to words of one-syllable, that being the chore.) (And, veering, how Dubuffet’s cows—flat, splay’d, gangly (ganglia’d)—look like dust mites . . .)

And (“Thought is made in the mouth,” according to Tristan Tzara, so, like a French fillette with a story—“Et puis . . . et puis”—I keep talking) Dubuffet’s restlessness:

Whereas everyone today tends to cultivate his little specialty, to finick over it, to go to sleep in the intellectual (and commercial) comfort of a patented style, Jean Dubuffet is constantly subjecting his work to challenge . . .
“It’s because I’m restless, unstable.”
If he constantly changes his “manner,” it is also in order to prevent his art from becoming set.
He likes paintings of heavy, muddy ingredients, painted high and in relief . . .

Echo of Valéry’s Je suis l’instable. And why do I recall O’Hara’s “[Notes on Second Avenue]” with its insistence:

To put it very gently, I have a feeling that the philosophical reduction of reality to a dealable-with system so distorts life that one’s “reward” for this endeavor (a minor one, at that) is illness both from inside and outside . . .
As I look this over, it seems quite a batty way to give information about the poem, but the verbal elements are not too interesting to discuss although they are intended consciously to keep the surface of the poem high and dry, not wet, reflective and self-conscious. Perhaps the obscurity comes in here, in the relationship between the surface and the meaning, but I like it that way since the one is the other (you have to use words) and I hope the poem to be the subject, not just about it.

Oddly enough, one line of Ragon’s in Dubuffet (“He finds himself, in fact, in the odd situation of being rejected equally by the supporters of figurative painting and by those of abstract painting”) reads like a percipient precursor to Ashbery’s great assessment and defense of O’Hara’s poetry, and how precisely it “has no program and therefore cannot be joined. It does not advocate sex and dope as a panacea for the ills of modern society; it does not speak out against the war in Viet Nam or in favor of civil rights; it does not paint gothic vignettes of the post-Atomic age; in a word, it does not attack the establishment. It merely ignores its right to exist, and is thus a source of annoyance to partisans of every stripe.”

“Natural savagery” alert. Another find: a copy of the Thomas Hess and Harold Rosenberg-edited (and short-lived) magazine Locations (1963) with Larry Rivers’s report of doing lithographs with O’Hara and Koch, “Life Among the Stones.” Rivers, reporting that “until this moment I’ve never tired to clarify what I was doing when Frank O’Hara and I, and Kenneth Koch and I, put our marks on the same surface”: “Maybe I’m an artist but I have gone from a baby to having the soul of a nail. I get a physical thrill in being cruel. My cruelty consists of destroying the ease I see in the presence of cliché and vogue.” And (talking about working with O’Hara): “I think our point of view can be summed up as ‘Anything is possible if we turn to it’ or ‘You name it we do it.’ What else do we have? Any of us? Being thought “modern.” That begins to feel like a good boy. Or the other great placater of our time “I don’t know if it is any good but I did it first.” How weak to create out of that simple and socially acceptable idea.” 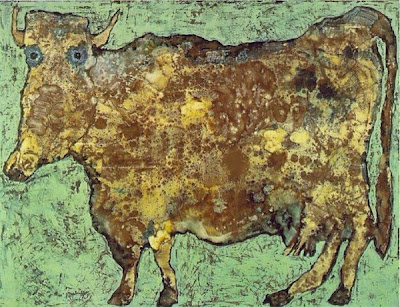 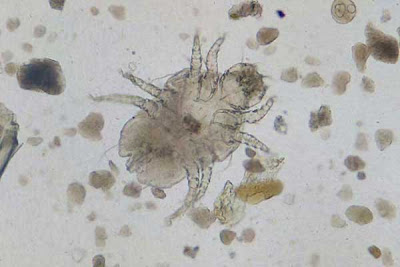 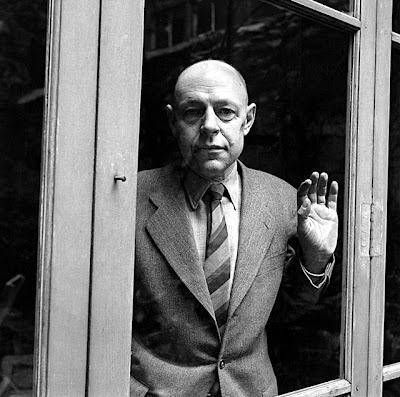