CCCXIII
The pristine zone
where the floody
anonymity of pure
feeling washes about
unsign’d, unsignal’d except
by its physiognomic
attendants, that Laugh
in the tall
red boots, or
Sigh drooping there
in some loose-
weave white toile,
both giddy infidels
to the more
precise thrusts of
lingual piety. You
got to use
words I used
to explain to
my boy, who’d
rather collapse blubbering
into an uncanny
puddle, or howl
indignant and bereft
against the world’s
manner’d and feeble
surmises. Wouldn’t
we all. The knowing
apparatus so evidently
unfit for all
the froth phenomenal
of implacable being,
and that lop-
sided W up
in the sky
standing for Cassiopeia’s
chair only means
that it’s likely
to get worse.

The initial sentence of Steve Benson’s “On the way I think about zen and my writing” (“I’m writing the word zen lower case because I mean it as a part of my life rather than a proper religion”) in The Grand Piano (#8) nearly—by dribbling off into one of Pound’s image-dulling “Don’ts,” mixing abstract with abstract—makes continued reading impossible: “To go west meant to me, in 1971, entering into possibility such that I might find an authentic and spontaneous agency I might come to embody, and the identity I might inhabit as a by-product still seemed a glamorous and engaging redemption.” I persevered—through the subsequent disaster of unintend’d humor: “This mission responded, I think, to my sense through adolescence that I was not all there, as well as that I lacked goals.” (To be incomplete is one thing; aimless, though, quelle horreur!) What follows is Benson’s recollect of a seemingly haphazard and occasional practice of “sitting zazen” (mostly in the zendo at Green Gulch Farm, a place found’d by Suzuki Roshi of the San Francisco Zen Center, and inhabit’d by poet and priest Norman Fischer), not, perhaps, entirely successfully: “The idea that I might be judged on my compliance with the ritual practices, for the most part meaningless to me, meaningless maybe at their core, preoccupied me, sitting there. I also wondered what I was doing there and whether I was meditating right—so I found plenty of content in a practice intended to be as devoid of content as possible.”

Devoid of content. (I am reminded of the lovely little speech by Gilbert in Wilde’s “The Critic as Artist”: “From time to time the world cries out against some charming artistic poet, because, to use its hackneyed and silly phrase, he has ‘nothing to say.’ But if he had something to say, he would probably say it, and the result would be tedious. It is just because he has no new message, that he can do beautiful work.”) The perceived connection between Benson’s “zen” and writing is found’d in performance, in “the processual,” that increasingly dubious panacea. Benson:

Sitting zazen then seems to have rhymed with or preconditioned my literary efforts, as if I am holding a paradox in balance, or spilling contradictions all around me. Realizing how perplexing, complex, daunting, edgy, and eventually valuable I found sitting in a quiet room looking at nothing while counting my breath has informed my expectations for public performances as well. To attempt something simple, without grounds or goals with which to anticipate success, something I thought anyone could do—or try—as well as I has been my practice as a writer and performer.

“Informed” meaning “lowered”? I must admit that, honorable simplicity of attending to one’s breathing aside, I distrust the way the language—particularly that anticipatory “success,” and the “edgy”—offers its instant rebuttal to the claims. How unsurprising it is, then, to read, a page or so along how Benson (in a supremely tortured phrase) dates “my organization of authority in myself as a writer” to “the composition of the three poems called “Translations” one day mid 1976.” Endless the “spilling contradictions”—writerly authority or not, writing as fluid performance or as its (dry) residuum—methinks it vain to protest so. Benson, brash-humor’dly (I think) adjudicating for us the results of the “Translations” (before extending that “organization of authority” and rehashing the “tedious”):

Half-baked assimilations of sonnet technique and American literary traditions contribute to them, affording some recognizable methodological grist for ballast and a frisson of secular afflatus to make them rise, with as much deference as there is persiflage. But the gist of the mater obtains in the immediate task, act and apprehension of the writing of it, for better or for worse, without attention to which this work has no significance and tenability. The writing is, here, literally, performance, not just the material evidence of that, which is the text, and the reader enters into it or doesn’t. If reading does not enter into an immediate exchange of action and apprehension, its presentation doesn’t make much sense at all. 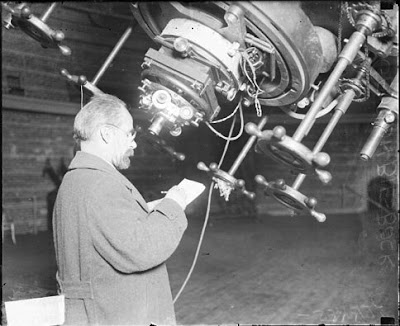 Out of Tom McCarthy’s Men in Space (Alma Books, 2007), a tiny reverie by Nicholas Boardamen, English art-school grunt in post-velvet Prague who’s slowly getting scoop’d up into some international gangster smuggling fandango whilst spending days posing at the Akademie Výtvarných Umění, the Academy of Fine Art:

“Nicku.”
Nee-koo: the vocative, no less. All nouns decline here, bifurcate within each case according to whether they’re animate or inanimate, bifurcate again depending on their final syllable (hard or soft), then trifurcate from these along lines of gender, m / f / n. That’s six times two, equals twelve, times two, equals twenty-four times . . . Impossible to remember is what it is, all these inflections. He’s got his own name down though. In the ablative it becomes Nickem—a thieves’ credo; in the dative it’s Nickovi, which always makes him think of the V shape of girls’ knickers . . .

Materiality of language (words in a painting—see “’You have SARDINES in it.’ / ‘Yes, it needed something there.’”) about to impose itself in plot. (McCarthy’s the author, too, of Tintin and the Secret of Literature and the novel, Remainder.) 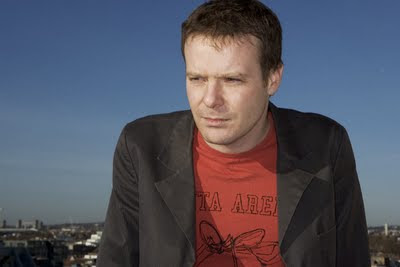 Tom McCarthy
“I once woke up to find, on my coffee table, a pair of skimpy knickers, white powder residue and an open copy of Francis Ponge’s Le parti pris des choses. I can’t remember what I’d done the night before—but whatever it was, that’s my perfect night.”