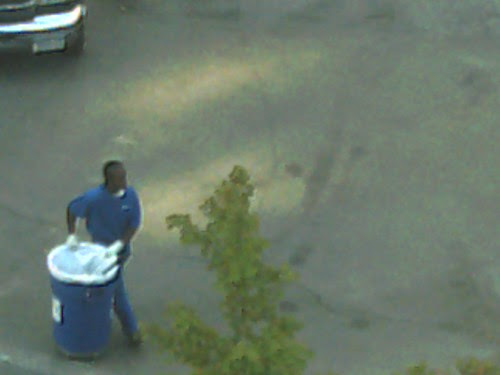 Carla Harryman is lead-off batter for The Grand Piano 4, the apparently obligatory Lefebvre / de Certeau / Debord “everyday life” number. As if there’d be anything but. Donc, loyal to the processual must-posture of writerly acting out, there’s a lot of “drifting” and dérive in the prose, and (what’s identify’d as) “play”—“connected to some feminine impossibility ludi-city impermanence immensity extending sentences ludicrously lengthily” à la Cixous. One concern: Harryman rather blithely follows that “lengthily” with “If we slide from the space of labor to a poly-ground of activity, then we let seriousness come in when she feels like it without taking over the game.” That “when she feels like it” ’s got a terribly lyrical sheen to it, as if “seriousness” were not the daily beast it is that noses into the social text unannounced (after all, it is wartime, y’all, then and now), but something one’d “pick out” (out of a slew—or slough—of possibles).

Harryman: “An overview. Would be a contradiction to writing everyday life.” (Which seems about right—though I’d argue an overview is not writing, though it may fob itself off for such in corporate headquarters and faculty lounges “daily.”) One is remind’d of William James’s making distinct the “rational” and the “empirical” in “A World of Pure Experience”:

I give the name of ‘radical empiricism’ to my weltanschauung. Empiricism is known as the opposite of rationalism. Rationalism tends to emphasize universals and to make wholes prior to parts in order of logic as well as in that of being. Empiricism, on the contrary, lays the explanatory stress upon the part, the element, the individual, and treats the whole as a collection and the universal as an abstraction. My description of things, accordingly, starts with the parts and makes of the whole a being of the second order. It is essentially a mosaic philosophy, a philosophy of plural facts . . .

Regarding the epithet “radical,” James adds that “To be radical, an empiricism must neither admit into its construction any element that is not directly experienced, nor exclude from them any element that is directly experienced. For such a philosophy, the relations that connect experience must themselves be experienced relations, and any kind of relation experienced must be accounted as ‘real’ as anything else in the system.” The experiential sensory apparatus as divining rod, tuning fork, and sorting tray toute à la fois.

Harryman’s “nonsequential excesses” (I’d call it “jamming”) hint at intriguing stories less satisfying for being so crudely limn’d—the rabbit roast’d and consumed (“post-’68”) with “cabinet-theft rebels . . . in the sixth-floor dining room of an abandoned building in the Marais”; the ancestral “bony lap on a cricket-screeching fireflying night in ’55” in Keyes, Oklahoma; the dress yank’d up outside the York Theater in San Francisco in 1978. Details of the years’ “poly-ground”—not, apparently, “formative,” and not obviously “everyday,” why these and not others? Is it telling that a memory of getting dunk’d (and told to swim—father, deep water, “the bay”) is juxtaposed with one of “huffing and puffing with arms flailing . . . to bring blankets and canned goods to the striking grape harvesters”? Apparently, and its secret name is “kicks.” Harryman: “Between the bottom of the sea being cruel and a fledgling capacity for social action was exhilaration, a sensation that dismantled blandness, torpor, clock time, stupid boys, and petty feelings.” That is, what one fled is precisely “everyday life.”

Is there a split in Harryman’s language / sensibility? I find it vaguely alarming that one’s able to write (or say) in reply to someone who’s “commented that Jim [Gustafson] had used me up,” that she is “not a girlfriend . . . but someone who has enjoyed a certain kind of team-play spontaneity crashing up against the bewilderment of a self that has an uncertain relationship to survival.” Somehow I connect that lingo to another split, the one between saying Scotch “was used in composing many of the works in Under the Bridge” (still my preferred Harryman book, maybe due to having approach’d it “raw,” with no preconceptions), and saying that “The tactics in ‘For She’ [one of the pieces in Under the Bridge] and those of this writing [The Grand Piano] . . . share in common sites of somatic experience as engaged by a concept-motivated mentality.” (The cowboy in me says, “Ah, hell, just blame the Scotch!”) (The Jamesian in me says, that “concept-motivated mentality” seems rather rationalist, in danger of putting the cart of concept before the wild-ass stallion of experience. (Then again, theory-dérive ’s never capable of approaching anything like sheer childlike aimlessness poking finger in nose, in rose; it’s always (already) got its “top-down” snooty-instruct strictures. The bottle of Scotch is the better method if it’s a bouleversement against such one’s seeking.) As Robert Hass puts it early in “Meditation at Lagunitas,” a poem Harryman both (seemingly) willfully misreads and posits as linchpin to a (rerun master) narrative of Language poet outsiderhood (Hass reading the poem, with its “hypothetical version of Language poetry,” at the Poetry Center in 1979)—“United against the despised other, the full-house audience, as if at a political rally, roared its approval.” Rather “Triumph of the Will” talk, that.): “each particular erases / the luminous clarity of the general idea.” Which is exactly what writing everyday life is about. “No overview.”

That apple, burnish’d by sun,
Its stem a neck whence
High lineage invariably springs, is
Nothing I deign pick, chary

To maintain a fastid abstemiousness.
You go, girl. It is
Isthmus & lineament to whatever
Tree it attaches, spotty with

Thrips, though apparently thriving. Not
Sure am I how its
Bondage subjects me to such
Prevaricating recklessness, cudgel’d by my

Nerves, as if caught out
Fuming in a burnoose, or
Up in a tree, radical
As a photograph, & feigning.