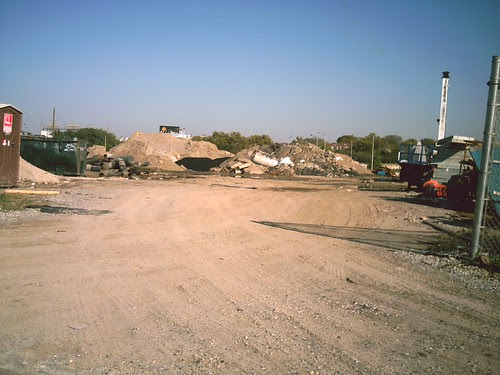 Eke, I do, back into books I dropped momentarily in the caterwaul of the temporal—firstly, Stephen Collis’s Through Words of Others: Susan Howe and Anarcho-Scholasticism. “In a chiastic universe only relations exist”—quoting Howe’s Midnight. That ideogrammatic insistence, the solace of it. Meaning’s emergence / convergence out of just positionings of difference. The isolato in a state of pre-kinesis, a wavering, a wobble of potentiality, pre-meaning, pre-commons. (I’m jamming.) Collis pointing to Howe’s figures of enclosure (isolato’d, hid): bed hangings, veils, curtains, books (and the leaves of books), archives. Liminal spots, border countries. Collis, one of the “Politics of the Veil”:

It’s good to be hidden when you choose to be hid—bad when someone or something else hides you (to make you invisible and thus deprive you of power, or else to reserve you for their own private use.)

Or, Howe’s Midnight version: “It is fun to be hidden but horrible not to be found—the question is how to be isolated without being insulated.” A sort of signal / noise problem: any person / thing joining the smear of company / phenomena means loss and diminishment, noise-sate and uproar, though without such joining, acceding to (entering into) the commons, no “meaning” is possible, no relation. (I’m jamming. Honorable and solitary, one way to determine if the receiver’s working, or if the transmitter’s jammed.) Olson (whom Collis gets to through a terrific exchange of letters between Howe—circa 1980, in the midst of writing My Emily Dickinson—and George F. Butterick (A Guide to The Maximus Poems of Charles Olson). Collis notes “. . . the pragmatic ‘Logic of Relations’—that no thing or sign is in true isolation—everything is contiguous (here is another place where Olson and Howe meet)—everything in poetry is in ‘touch.’” Or I fuddle about in Maximus, keep returning to lines in “Stiffening, in the Master Founders’ Wills”: “When things / are knots where instance / hides order, and a man / does not run as sheep . . .” That, and the Olson-jam at piece’s end:

as dimensions stay
personal. And one desire,
that the soul
be naked
at the end

of time (the screech
of the tunnel
says
it better be, or
what’s all this

Again that negotiation (“pick”), meaning-skirting versus meaning-making. Disdaining versus aligning. The public and the hid. (The “things / are knots” line possibly a Poundian echo, ply against ply, the folding-in, that cache-cache effect that any knot exhibits, outside only visible—is the unknotting of all (“screech”), that un-doing, what makes everything again available, yea, new? Sway’d by Butterick’s confession to Howe about the need to confront, what—ego, space, “thunder and sprawl and rambunctiousness”?—“‘There is no frigate like a book’ is simply not the same as the spermaceti blood-streaked, slimy workingman decks of the Pequod” and so, Olson and the need “to confront the Ahab of [oneself]”:

It is the only way to announce yourself—not by a fiery darting eye or tongue, but by putting your fist through the table. Cleave the world anew!

No concluding. Howe, in “Melville’s Marginalia”: “I thought one way to write about a loved author would be to follow what trail he followed through words of others.” Eliding itinerancy (Howe: “I cling to you with all my divided attention. Itinerantly.”) and name dispersal (Collis: “If identity is fixed order can be imposed. Resistance to singleness is a resistance to the enclosure of capital and empire.”) Collis’s terrific phrase: “scattering identity to the four corners of the page”:

We are traveling as relations through words of others to the lost origins of our other selves.

Straying, “roving”: I, here, merely skimming the clots off the churn barrel, a domestic chore, surely, though not, finally, “inclosed.” The clots (lumpings-together, relations, ideograms) in Collis’s Through Words of Others do what one goes to reading for, to find, “along a book’s margin an easement, a commonable space.” Easement in all its accommodatingly contradictory sense—ease and right of way and borderland. A way in and out.

Two notes. Mention of Simone Weil’s “The Iliad, or the Poem of Force”—another work among the “instigations and examples.” Mention of a Butterick-edited Olson volume in the “Man and Poet” series of the National Poetry Foundation—with Howe agreeing to write something for it—“never appeared.” [The Howe essay, though, print’d in Writing 19 (1987), “Where Should The Commander Be.”]

Half-color’d air, a rinse
Of cadaverous light, sign of
Snow, or some variant of.
A gold-tooth’d man stops

By with a nineteen-year-
Old parrot, ‘she’s illegal now—
They ain’t no wild-caught
Ones to avail yourself of,

Not no more—’ and says
He replaced the oak flooring
In my main room some
Number of years back. ‘Man

Plugged the wife right there
And I gots to clean
It up.’ Parrot says ‘Goddamn.’
Parrot, say it again. ‘Goddamn.’