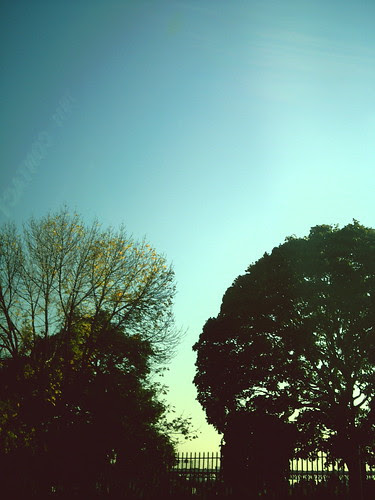 Led astray (the way reading is) into Alice B. Toklas’s What Is Remembered (out of Janet Malcolm’s Two Lives). What is striking is how closely it mimics Stein’s Autobiography of Alice B. Toklas, making one scratch one’s shaggy dog and ask: “Who’s the ventriloquist here?” Is Stein so magnificently capturing Toklas’s upcoming (the book’s print’d in 1963) prose style? Or is Toklas the unsung genius of the two, catching up the very rhythms Stein invent’d for her? She handles wit with devastating aplomb. She’s fully capable of the kind of crushing “there there” remark that Stein allow’d herself to make literature of: “When Mr. Chaplin arrived I said to him, The only films we have seen are yours, which flattered him but which was not exactly exact.” Or is it simply the facile hauteurs of wealth talking? The toss-offs of those for whom the monstrous quotidian itches get scratch’d by others, subservient, paid.

Lately, maybe noticeably, one’s begun a devilish pursuit here. The rule is: eighty words a day in a five by sixteen block of four five by fours, or twenties. Chiaro? That’s the rule. A way to dissipate (disperse) the energy that goeth so risibly down the Isola-hole. A tapping.

To keep oneself in poise,
And spry, balancing whiddershins over
The tenterhooks of all possibility,
In a nutty omnidirectional kink

Like an overhand knot. That’s
One possibility. Another is to
Posit keeping as a constant
And mitigate the whuttering along

The flywheel with a set
Of sturdy washers, finding rudiments
In rut. The morning with
Its granular pelt (a precipitant)

Coming fierce after my sleepless
(Insoluable) night, thinking of Ed
Dorn talking about a California
‘before bowling-pin-setting machines.’

Why reading is a way of straying. Yesterday why I put something in a few lines about an ichthyologist is because I got hammer’d by the story of A. E. Housman’s asking Toklas about David Starr Jordan, author of the four volume Fishes of North and Middle America (1896-1900), one of a number of renaissance-sized characters (another’d be Liberty Hyde Bailey), the story eliding two (or three) so seemingly different “kens” that I’s troubled to make any of it coalesce. One response: I need to read Housman? I admit: I’ve untroubledly confused Housman with Swinburne for years, blithely consigning both to a small irreputable heap of someday, maybe nevers who course the distance, harmless, errant, no thanks. How such consignees “get” there: aucune idée. I do admit though a particular thrill in finding one made suddenly “available.” (If only temporarily, for, often, tucker’d out after the chase, having grimp’d one’s way into “reading position” vis-à-vis, say, Swinburne, one finds out that one’s right after all, and back the negligible Algernon goes, spatted and dismal.)

(You see how one of the pitfalls of my new rule is that, the “eighty” completed, I figure myself perfectly free to spout the most ineffectual royal nonsense.)

I did finish the Toklas. Noted, too (the other source of readerly misadventure), how she raved up Richard Coates’s The Eater of Darkness. Another “straying” category: the effusions of the century’s gloaming (or whatever—I did done my work today). Too, George John. One of the many U. S. soldiers who arrived chez Stein with a “sheaf” (why “sheaf”? corn, arrows, wheat, poems?) of poems to read to her. (Toklas reports another fellow who visit’d and left a manuscript for Stein made up of stol’n John Donne poems: “the young man was never welcome again.”) The “genuine poet” George John whom Henry Rago publish’d (1947) in Poetry. (Microfiche’d, dagnabbit.)

I (experimentally, dipping in one toe) open’d The Making of Americans:

Once an angry man dragged his father along the ground through his own orchard. “Stop!” cried the groaning old man at last, “Stop! I did not drag my father beyond this tree.”

Which remind’d me of the Gabriel García Márquez of One Hundred Years of Solitude. Gertrude Stein of the Boum?