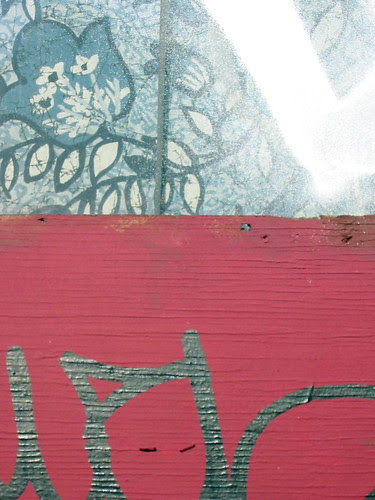 Like a lexicographer I pull
Slips out of slots, arrange
Words by usage, for use.
Clouds clod the arable sky

Warning one off, smudge-work
Against the anodized blue. Whole
Democracies of misspent dub longings:
That’s how youth got itself

Going, speed-rocketing around what,
Used up, succumb’d to nothing.
A wiggle or two and
What Olson clear-headedly call’d

A ‘sash-weight’ hanging there,
Evidence of the Pithecanthropic infarct
Quash’d. Pendant, and richly undefined.
At least the window’s open.

The way the words shower down out of some aerial “region” unbetray’d, Martian-voices colonizing the consciousness: that is rare, rare potato. Funnier to write in a spate of interrupts, “baulked,” as Emerson says, “by all manner of paltry impediments,” dragging one’s unlikely consciousness around between meal-making, homework, a billion bombardments of daily life, all that cherish’d fruitlessness of continuing. “And still attempt something with a smutch of ‘unity’ to it, a ‘shapely’ thing, a thing whose ‘voice’—I don’t know how else to say it—emerges without the muffled indistincts of mere noise.” No singular ‘voice’—there’s a chattery in my brainbox—still, the chorus oughtn’t just batter at one another. (Recall some nonsensical concert in Paris: an orchestra of forty or so led by some pony-tailed maestro, clearly slipping of sanity’s horse, who athletically contort’d himself on the podium whilst the players raucous’d wildly, blew, saw’d, pound’d. Except for some minuscule changes in volume, nothing tangible emerged.)

Emerson: “Men quarrel with your rhetoric. Society chokes with a trope, like a child with the croup. They much prefer Mr Prose. & Mr Hoarse-as-Crows, to the dangerous conversation of Gabriel and the archangel Michael perverting all rules, & bounding continually from earth to heaven.”